Election 2020: Is it required to wear a mask to the polls in Connecticut?

Milford's Republican Registrar of Voters says they can't be ordered because voting is a constitutional right, which supersedes the mask mandate issued by Lamont. 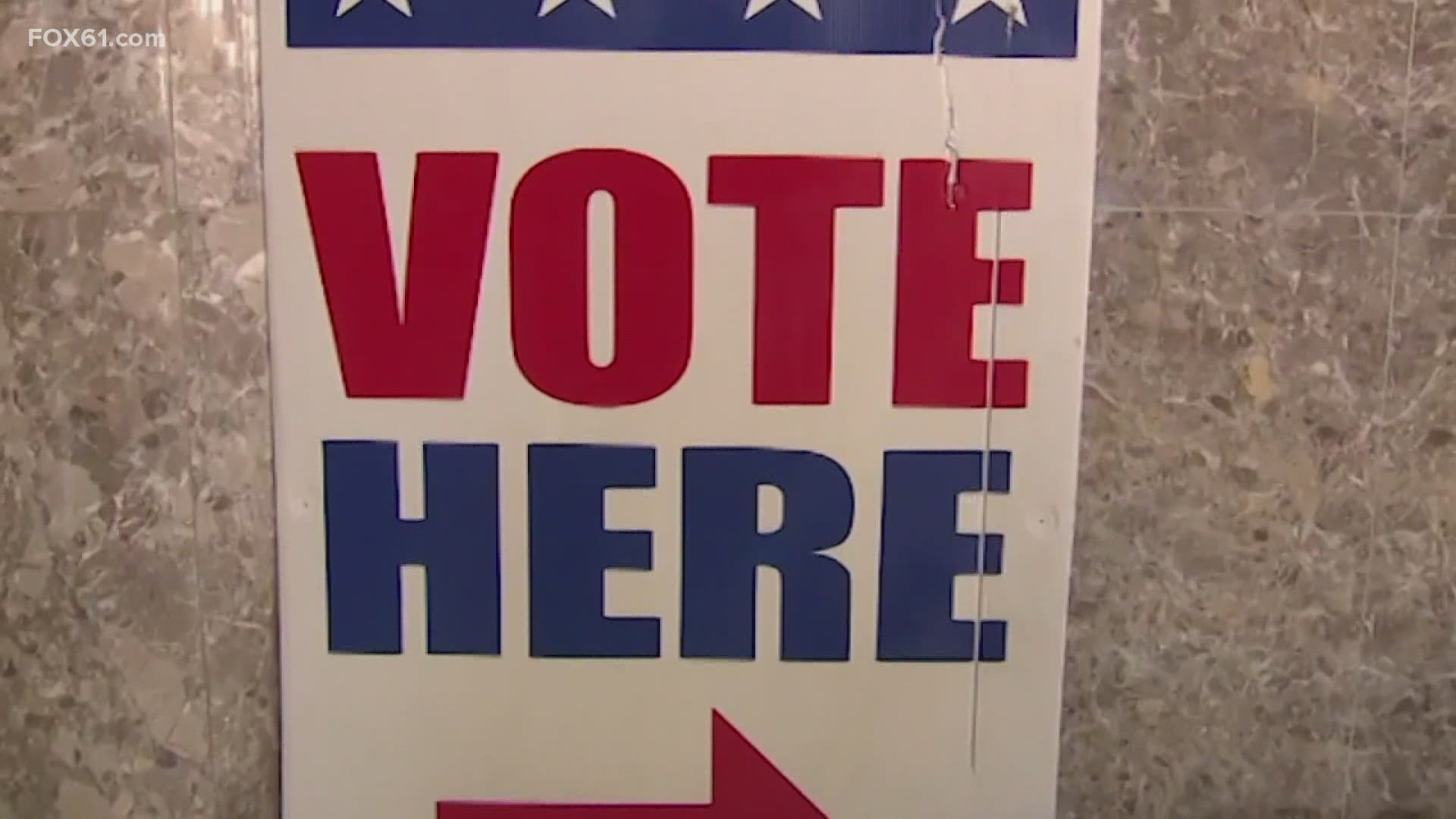 But what if voters decide not to wear masks into polling places?

The Secretary of the State's Office has provided each of the state's roughly 750 polling places with plenty of personal protective equipment (PPE) for workers and even voters, who forget theirs.

If a voter refuses to wear a mask, there is no real recourse.

"We will let them in to vote as quickly as possible," said Kerri Rowland, Milford's Democrat Registrar of Voters. "We will offer people to step aside and wait and get them the space that they feel comfortable with."

"We can’t order them to because it’s their constitutional right to be able to vote," said Debra Fellenbaum, Milford's Republican Registrar of Voters, who notes the constitution supersedes the mask mandate issued by Lamont.

"We’ve told our moderators and our workers don’t argue<" Fellenbaum added. "If they say no, just get them through as quickly as possible."

"When I had an opportunity to become a moderator about I think 15 years ago or so I jumped out at," said Skip Ziebell of Milford.

But, he's sitting out this election, because he says Milford, in addition to providing face masks and shields, should do like many other towns, who have also installed plexiglass partitions to protect poll workers.

"If we can spend money to put plexiglass panels in the municipal buildings to protect the workers there, which is the right thing to do, but you don’t go that extra mile to put the plexiglass panel in front of poll workers and most of them are dedicated, elderly like myself," he questioned.

"We didn’t feel the need to have plexiglass plus we are in schools with lunchroom tables and desks," Fellenbaum responded.

With grant money provided by the state, Milford decided instead to load up on extra face shields.

"As we’ve heard the CDC and say and other experts that face masks protect others from ourselves and then the shields protect us from anyone else," Rowland said.

Milford poll workers will be required to take part in at least two more zoom training sessions just to make sure they've got everything down especially in light ofCOVID-19.

Attached is a copy of the complete Connecticut Safe Polls Plan Handbook.