Bills that would bring early voting and 'no-excuse' absentee ballots to Connecticut. 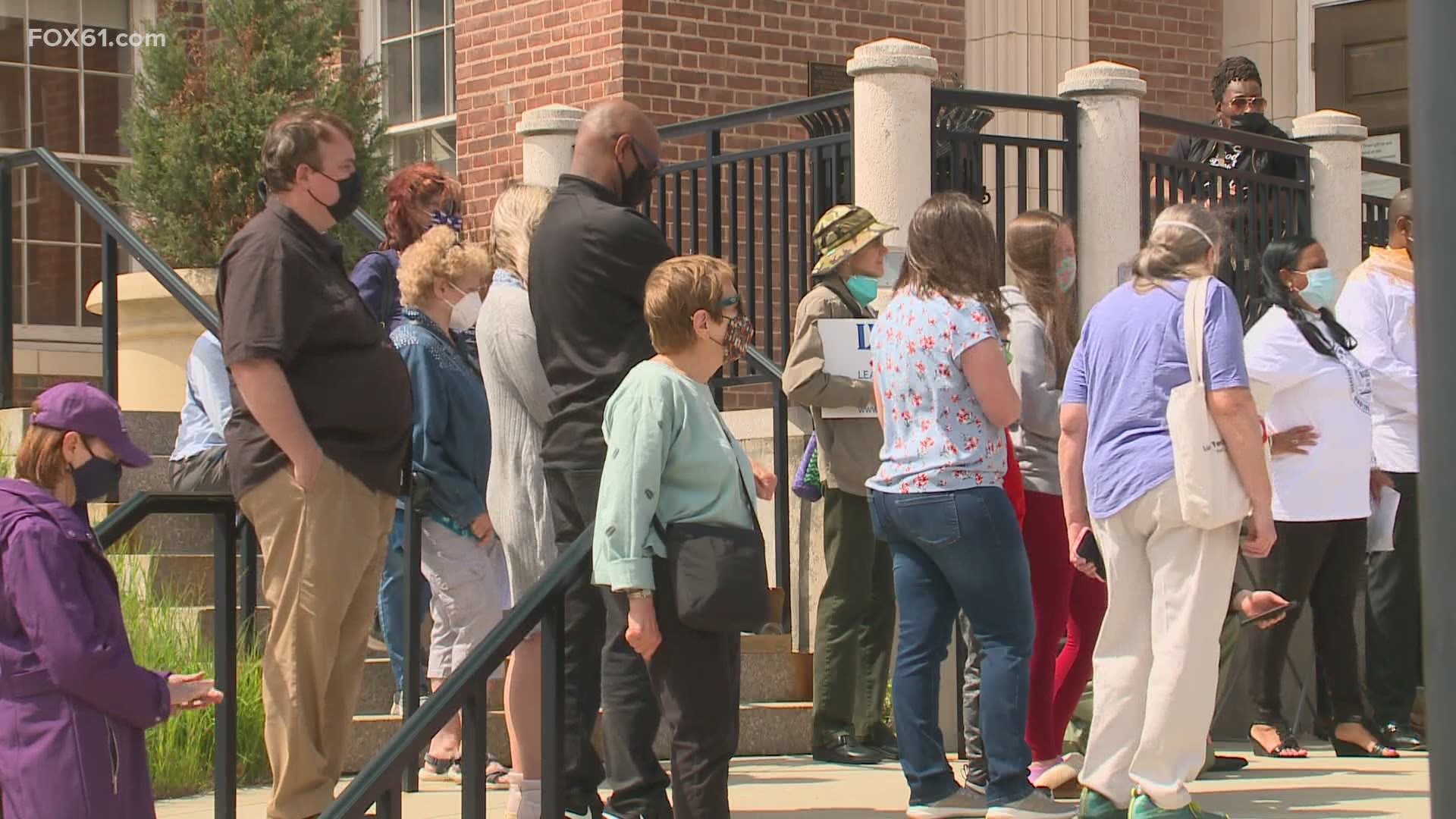 HAMDEN, Conn. — A rally held on the steps of the Town Hall in Hamden Sunday called on state legislators to pass two bills that would expand voter access in Connecticut. HJ 58 and HJ 59 would allow for no-excuse absentee balloting, and early voting. A legislative committee heard testimony on the bills in February.

"We need to remove the roadblocks right now. There are way too many," said Jennifer Pope of the Democratic Party Committee, 11th District. Those roadblocks, she says, are limiting the ability of the people of Connecticut to vote.

"No Connecticut resident should have to worry about taking time off from work, missing family obligations, or standing in line to exercise one of their most fundamental rights," said Pastor Kelcey Steele.

Connecticut is just one of seven states that do not allow early-in person voting and one of 16 that requires voters to provide a specific reason for absentee voting. The state made an exception for both during the COVID-19 pandemic.

A January bipartisan poll of Connecticut voters shows a vast majority are in favor of making those one-time exceptions permanent. The data showed 79% of state voters were in support of early voting and another 73% were in support of absentee voting.

"People should have a choice," said State Representative Robyn Porter. "As long as they are registered to vote in this state, they should have that option."

In 2020, nearly 80% of Connecticut's 2.3 million registered voters cast a ballot. The record number of votes was 185,000 more than in 2016. Representative Porter believes this kind of legislation will allow for all voices to be heard.

"Even though Georgia and Florida are rolling back, they still are much more relaxed than we are," said Porter. "We are more restrictive than those two states."

Discussion on HJ58 and 59 begins Thursday in the House of Representatives.