Moderators brought up Monday’s racial incident where Hayes’ town hall Zoom meeting was hijacked by users calling her the n-word. 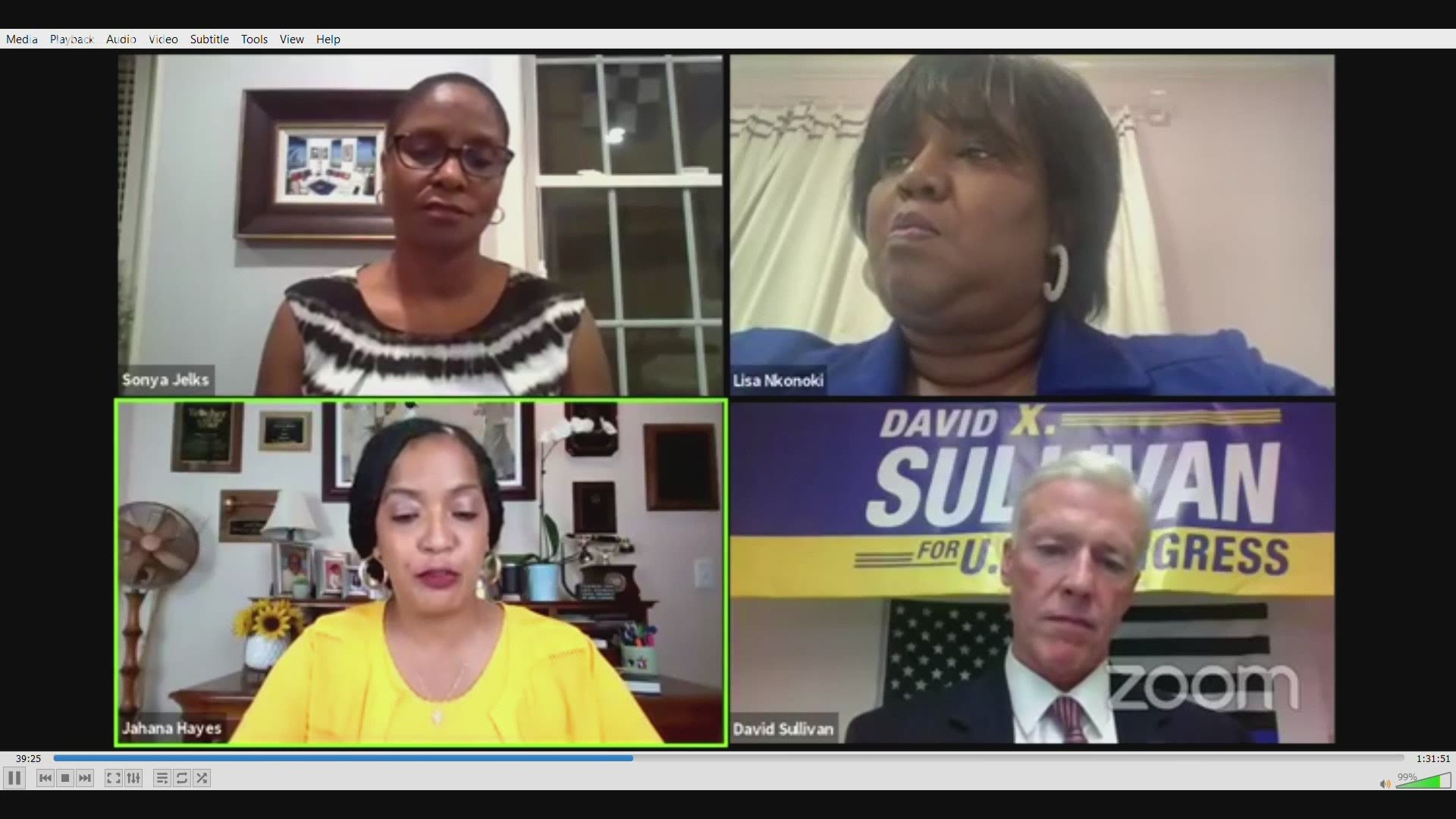 Congresswoman Jahana Hayes started the debate listing off accomplishments during her first term. While GOP opponent David X. Sullivan listed off what he hopes to change for the district.

“Our graduates from colleges and high-schools can't find good paying jobs and our senior citizens are struggling to be able to afford to stay here,” Sullivan said.

Moderators brought up Monday’s racial incident where Hayes’ town hall Zoom meeting was hijacked by users calling her the n-word. Candidates were then asked to speak on racial tensions in Connecticut.

“It’s unacceptable racism, intolerance of other people, their views, who they are, what they believe in, that's not the American way,” Sullivan said.

“My challenger has talked about our suburbs being under attack or becoming cities like Portland and Chicago, that is code talk, and we all know it, we have to first acknowledge it.,” Hayes said.

Both candidates said they are passionate about why they want to represent the 5th district.

“We need changes, and we've had Democrat representation in congress throughout all five congressional districts in Connecticut and our two United States Senators and the statehouse in Hartford, we just need to start doing things differently,” Sullivan said.

“At the end of the day, I ran for congress two years ago, because I have a deep love for humanity, and I believe that all people can thrive and be productive citizens, if they're just given a shot,” Hayes said. “I’m running for re-election because I still believe that.