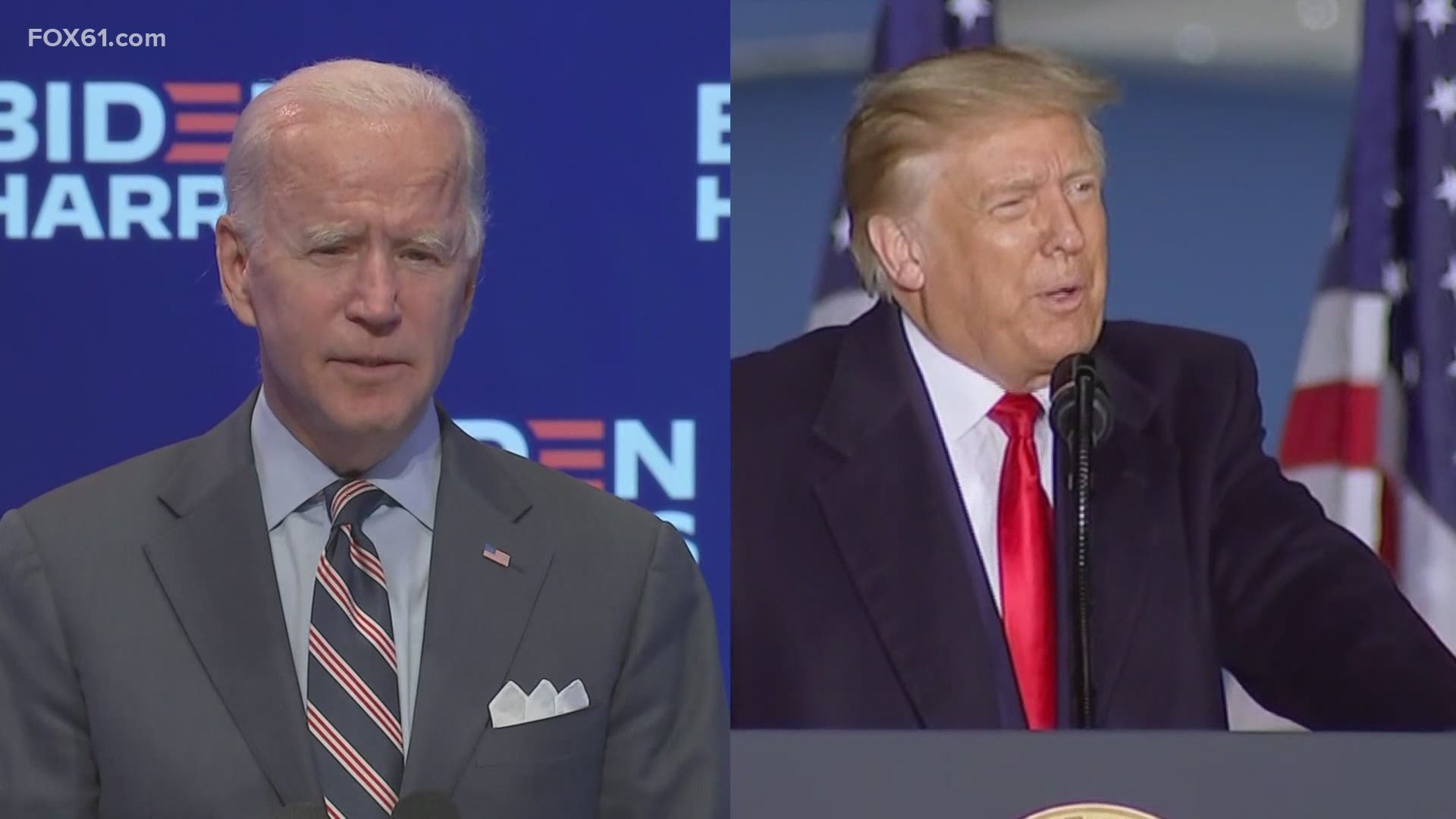 FAIRFIELD, Calif. — Get your popcorn ready. The first Presidential Debate of the 2020 general election cycle is set to air Tuesday night on FOX61. America will be watching.

"They can move it a lot actually. Whether this year they can I don’t know. There aren’t that many undecideds left this year," said Tess Marchant-Shapiro, a Political Science Professor at Southern Connecticut State University.

Arguably, the country has never been more divided. Emotions are running high. Record will matter, but more than ever so will character.

"They are hoping voters remain emotional instead of actually looking at what President Trump has delivered for America," said J.R. Romano, the Chair of Connecticut's Republican Party. Nancy DiNardo is the Chair of Connecticut's Democratic Party. She said, "He doesn’t want you to talk about the issues. He wants to make it another one of his shows."

She continued, "Joe Biden is going to demonstrate what a real President looks like. He’s a statesman. He’s honest. He’s steady. He’s experienced."

Romano responded, "I think this is going to show America that Joe Biden with his 4 almost 5 decades of experience. It’s time to retire. And Donald Trump will have a clear vision for the next 4 years."

Moderated by FOX News Anchor Chris Wallace, you can expect questions on the Supreme Court nominee, the pandemic and the economy.

"The bigger task is on Biden rather than Trump for what is going to happen with those undecided voters," explained Marchant-Shapiro.

But this year undecided voters may be hard to come by with the country so politically polarized and able to vote ahead of time by mail. Will President Trump be prepared to talk substance?

Marchant-Shapiro said, "Word is that he hasn’t been prepping for it and political debates are hard." Will Joe Biden prove he has the energy for the job? "Trump has been calling Joe Biden sleepy joe so one side of it will be to see if Biden has a lot of energy in the debate."

The debate starts Tuesday at 9 PM and will air live right here on FOX61 followed by the FOX61 News.