Three reasons your absentee ballot could be rejected 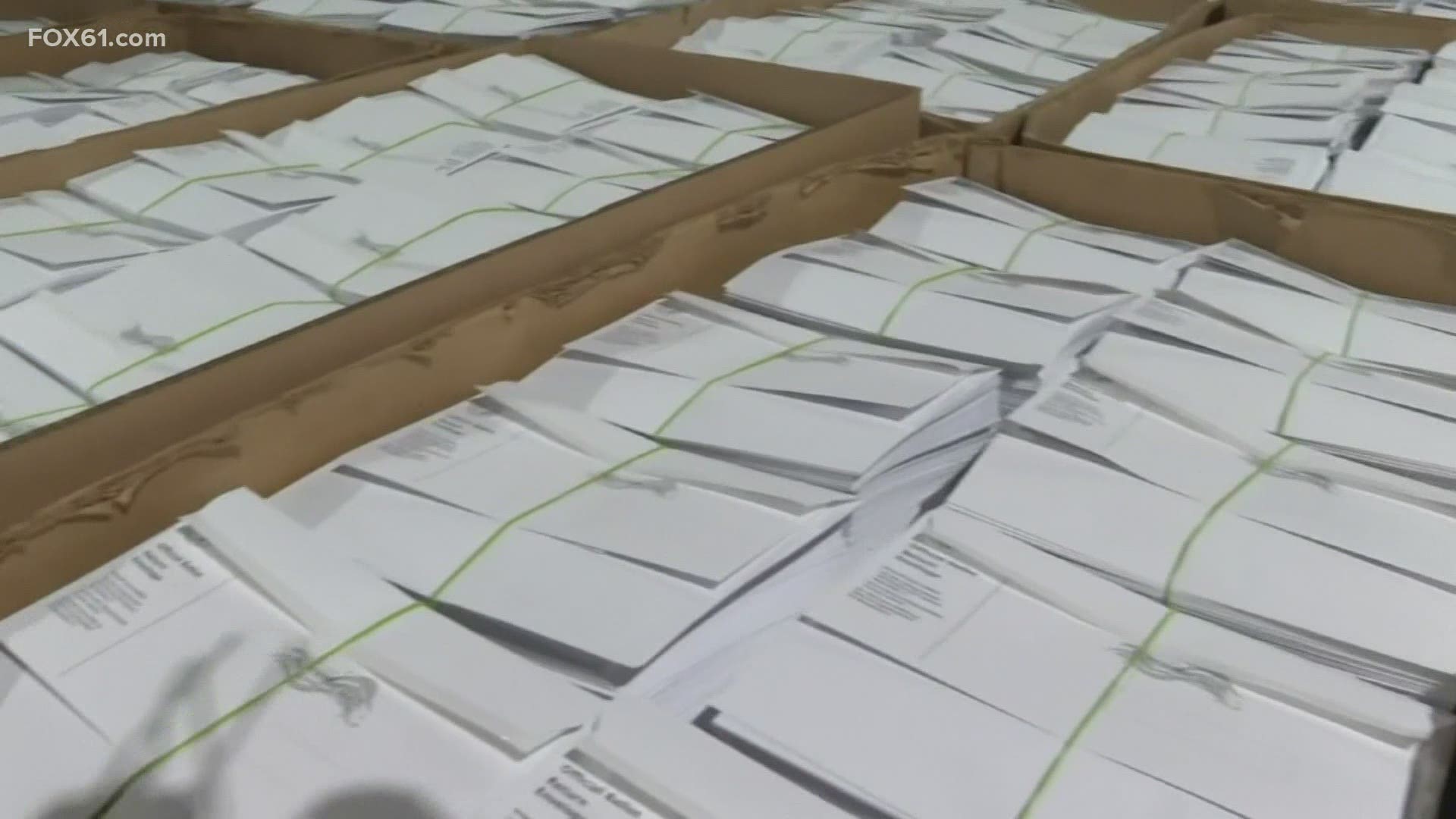 HARTFORD, Conn — We've heard that every vote counts, but sometimes people filling out absentee ballots make mistakes that cause their ballots to be rejected.

According to the Secretary of the State's office, here are the three reasons your ballot could be rejected.

In the August primary, over 3,736 absentee ballots were rejected and not counted.

That amounted to about 1.78% of all the ballots cast in that election. Since there were two different ballots cast for the primary, one for Democrats and one for Republicans, officials could determine that more ballots from Democratic voters were rejected, while GOP voters had a higher percentage of their ballots that were rejected.

Applications for absentee ballots can be made here.

Ballots were mailed out starting October 2.

Completed ballots can be dropped off at secure boxes at town halls, or mailed. If you want to check and see if your ballot was received, you can check here

We understand some towns, like New Haven, do not transmit their information to the state. So if your information isn’t clear when you do the inquiry on the website, you should contact your town clerk.

RELATED: Connecticut Voter Guide: What you need to know about voting in November

RELATED: 6 things to know about voting on November 3