The president retweeted a call from his campaign on Friday, punctuating it by saying, "NOW!" 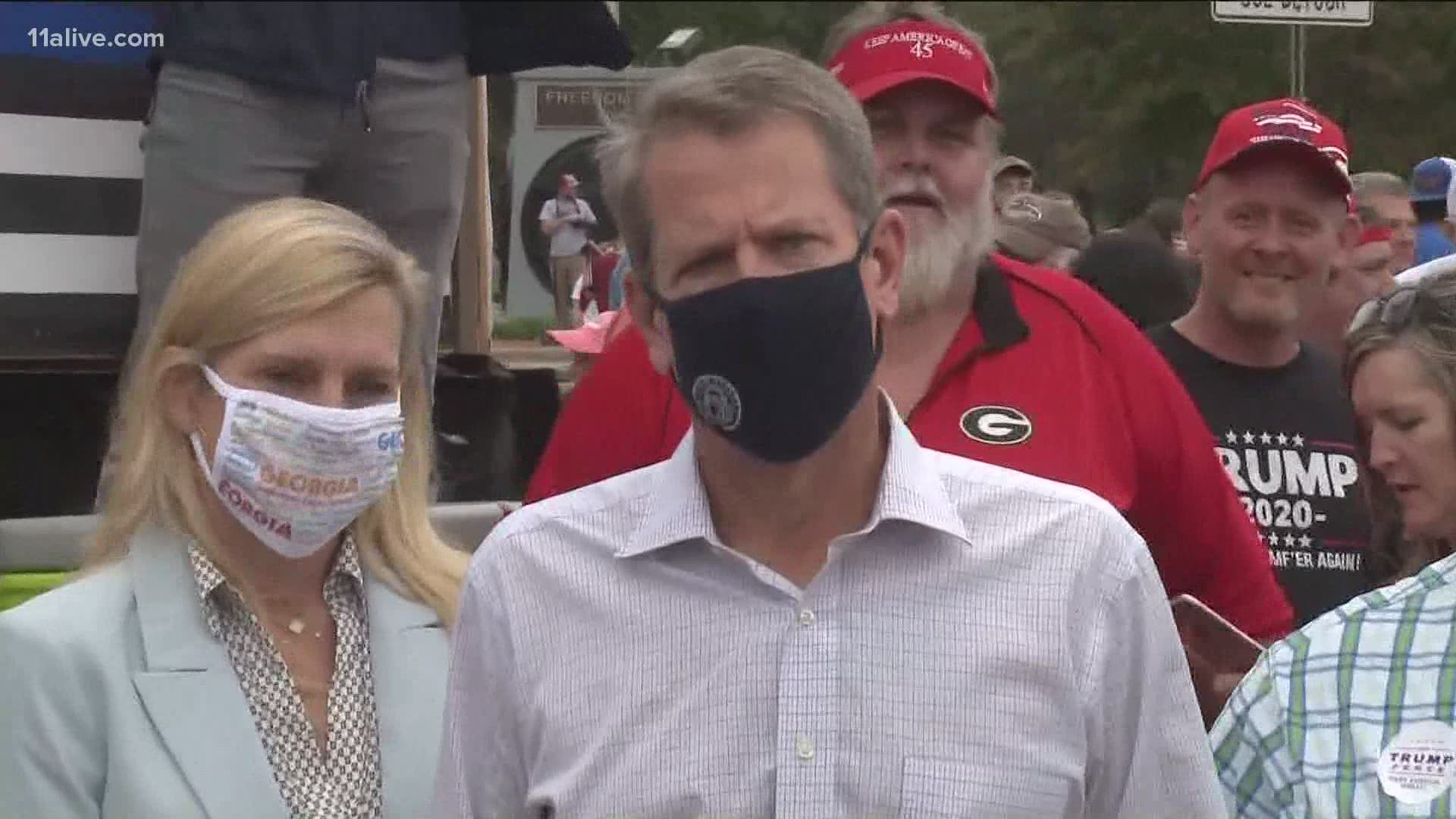 ATLANTA — Continuing his attempts to overturn the results of the November election, President Donald Trump retweeted a call by his campaign on Friday for Georgia voters to contact the Republican leadership of the state's General Assembly.

According to the post, the Trump campaign insisted that voters call and tell Ralston and Dugan to "Hear the evidence; Correct false statements; Demand a vote on decertification."

Trump retweeted the message from his campaign, for emphasis, adding -- in all caps -- "NOW!"

After three separate audits or recounts of the results of the general election, no evidence of widespread voter fraud has been found, according to the Georgia Secretary of State's office.

In the most recent move by the Trump team, Texas House Republican Louis Gohmert and a group of Republican electors have filed suit in federal court, naming Vice President Mike Pence as a defendant.

The suit asks the court to throw out an 1887 law that spells out exactly how Congress handles the counting Electoral College vote. The suit asserts that the vice president "may exercise the exclusive authority and sole discretion in determining which electoral votes to count for a given State."

Pence has asked that the lawsuit be dismissed.

In recent days, Trump has attacked Georgia Gov. Brian Kemp, referring to the governor on Wednesday as an "obstructionist who refuses to admit that we won Georgia."

The governor has refused calls by the president to call a special session of the state legislature with the purpose of rewriting state law in order to have hand-picked Electoral College electors vote for Trump.

In his refusal, Kemp has said that any attempt to "retroactively change" the election's outcome "would be unconstitutional and immediately enjoined by the courts."