Joe Biden set to come to Atlanta next week

The president will be on Thursday, which marks 100 days into his administration. 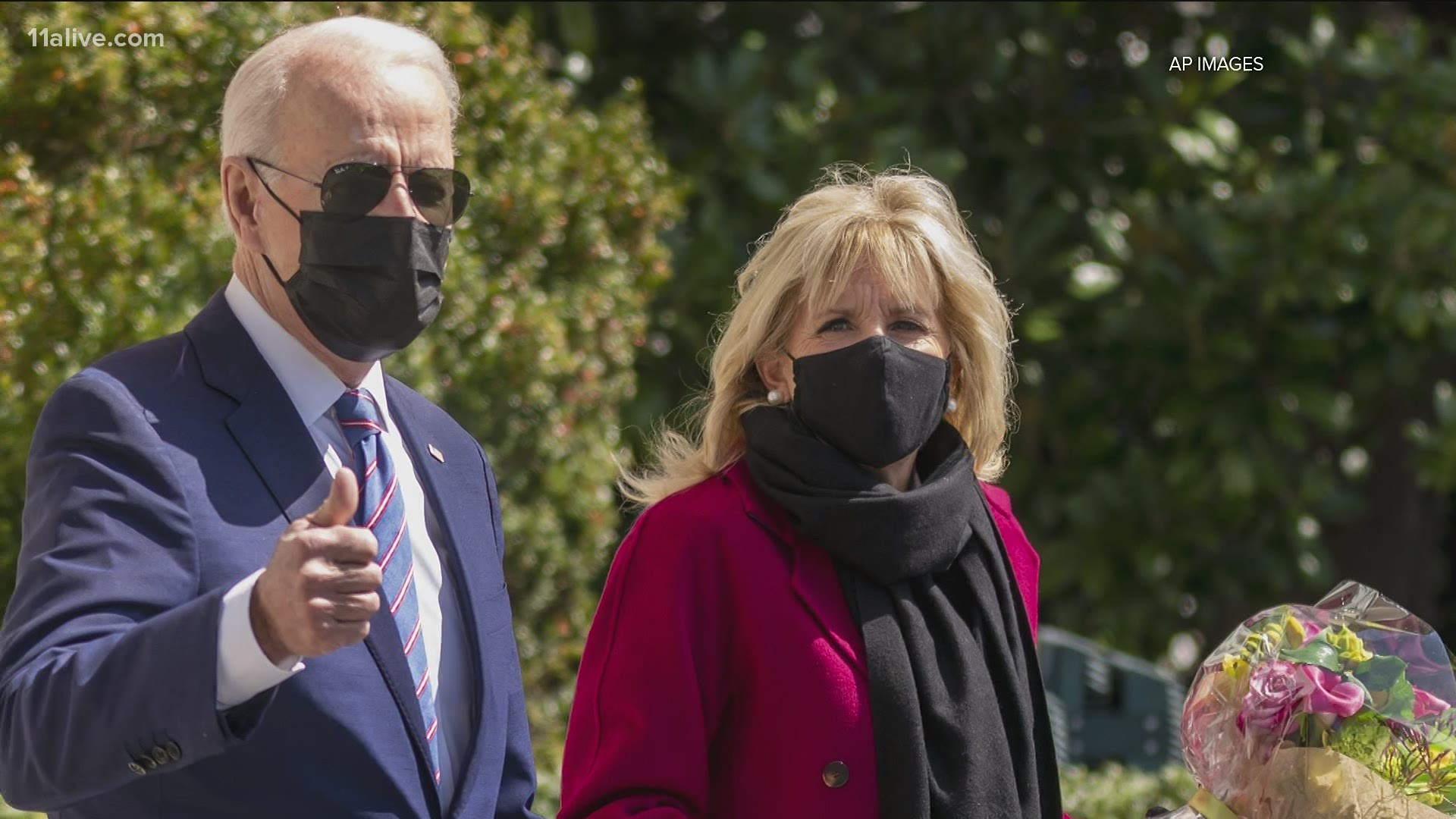 ATLANTA — President Joe Biden will visit Atlanta next Thursday, as his administration reaches the 100-day threshold.

The White House made a brief announcement of the visit on Friday.

"On Thursday, April 29, the President and the First Lady will travel to Atlanta, Georgia," a statement said. "Additional details to follow."

RELATED: Georgia on the mind of Democrats as party unveils new ad

The Democratic National Committee said they would be holding a drive-in car rally to celebrate Biden's 100th day in office. Details on where that would be held were not immediately available.

It's not yet clear how else the president will spend his time in Atlanta, but it will be a trip marked by the symbolism of visiting a state that flipped blue in both the presidential and Senate races, where Democrats feel newly empowered by a shifting political balance.

It will also be his first visit to the state since urging Major League Baseball to move the All-Star Game out of Atlanta, over the passage of Georgia's contentious new voting law.

The president last visited Georgia in mid-March after the attacks at Atlanta area Asian spas.