A Maricopa County judge ruled in favor of plaintiffs suing to keep West off the ballot, citing irreparable harm if he was to be put on the ballot. 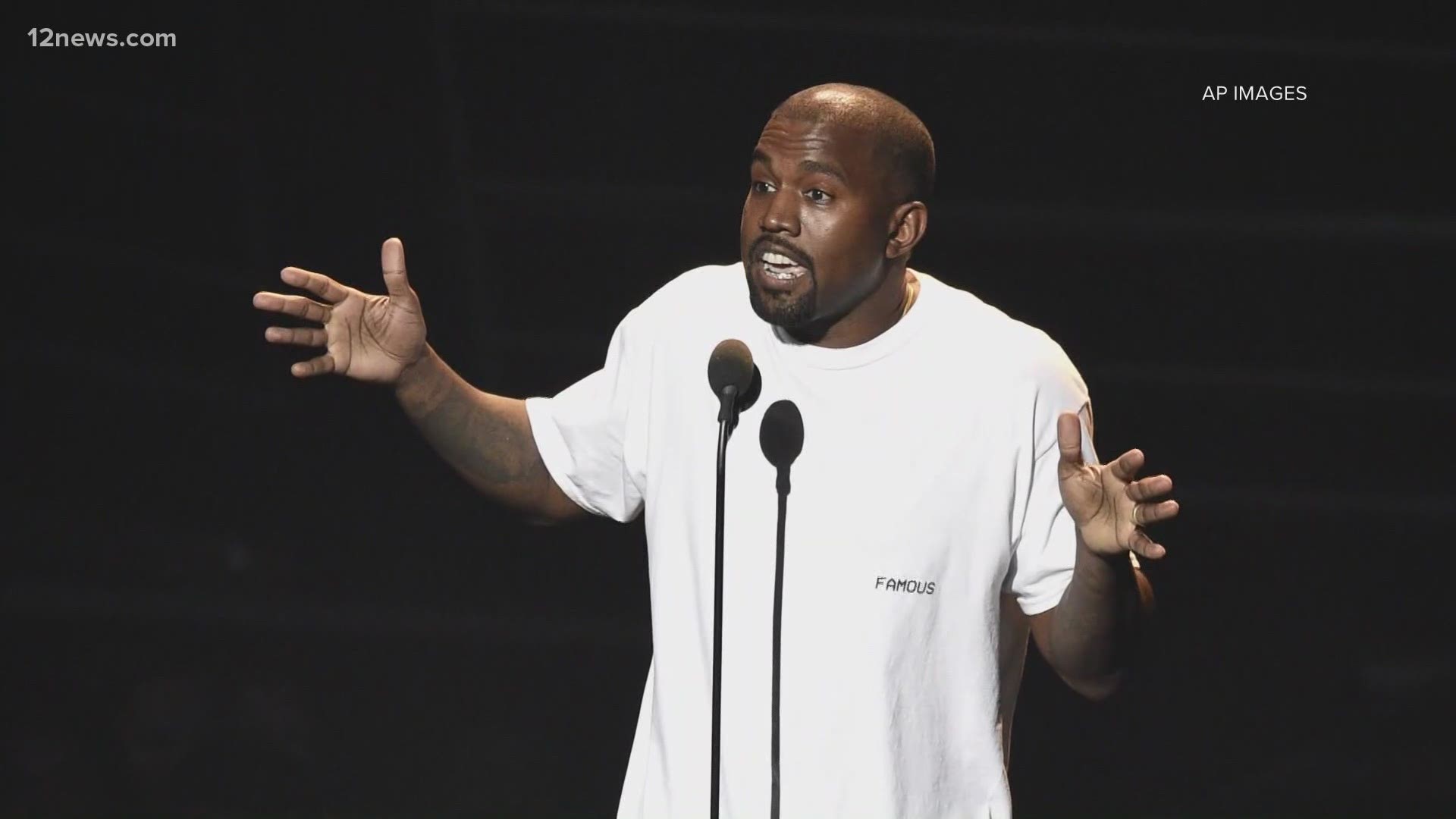 PHOENIX — Kanye West will not be on the presidential ballot in November, a Maricopa County judge ruled on Thursday.

West's legal team has since filed an expedited appeal with the Arizona Supreme Court.

West was seeking nomination as a candidate for president via Arizona's nonpartisan nomination process. However, West is a registered Republican in Wyoming.

Plaintiffs trying to keep West off the ballot ruled that he and 10 of his electors are registered Republicans, but West's legal team argued that his electors changed their voter registrations to Independent and that West officially registered with the Federal Elections Commission as a member of "The Birthday Party."

Team 12's Brahm Resnik was on MSNBC Thursday to discuss the background of the case, prior to the judge's ruling.

JUST IN Maricopa County judge will rule Thursday afternoon on whether @kanyewest can be listed on Arizona presidential ballot. One-hour hearing just ended. Below is my preview w @NBCJoshua #12News #BattlegroundAZ pic.twitter.com/itrwsBzkj7

Plaintiffs furthermore argued that irreparable harm could come if West is allowed to be placed on the ballot.

The lawsuit, filed Monday in Maricopa County Superior Court, came days before the Friday deadline for West to turn in at least 40,000 petition signatures to qualify for the November ballot.

RELATED: Kanye West is sued to keep him off Arizona's presidential ballot. But time's running out.

Just four days after that deadline, on Tuesday, Sept. 8, county elections officers must send millions of ballots for the November election to the printer.

The four-day window - over a three-day weekend when the courts are closed - could allow West to get his name on ballots sent to voters, even if a court were to ultimately strike down his candidacy days or weeks later.

“Waiting is not an option,” attorneys for the plaintiff, Rasean Clayton, say in their lawsuit. The attorneys work for Phoenix-based Osborn Maledon.

“The ‘drop-dead' deadline for printing the ballot is imminent… If West is included on the ballot, the harm is done; including an unqualified candidate on the printed ballot will confuse voters and infringes on the core constitutional right to vote for qualified candidates.”

West’s name on the ballot could have siphoned 2 or 3 percent of the vote, a significant slice in a potentially close race between President Donald Trump and Democratic challenger Joe Biden.

As a swing state, the Arizona vote could decide who wins the White House.

The judge said in the ruling that public policy cuts both for and against issuing an injunction against West's application. However, the judge ruled in favor of the injunction saying the plaintiff "demonstrated a possibility of irreparable injury."