Stacey Abrams on being a possible pick for vice president: Of course I want it

On Monday, Abrams told the hosts of "The View" she would be honored to be the pick for vice president. 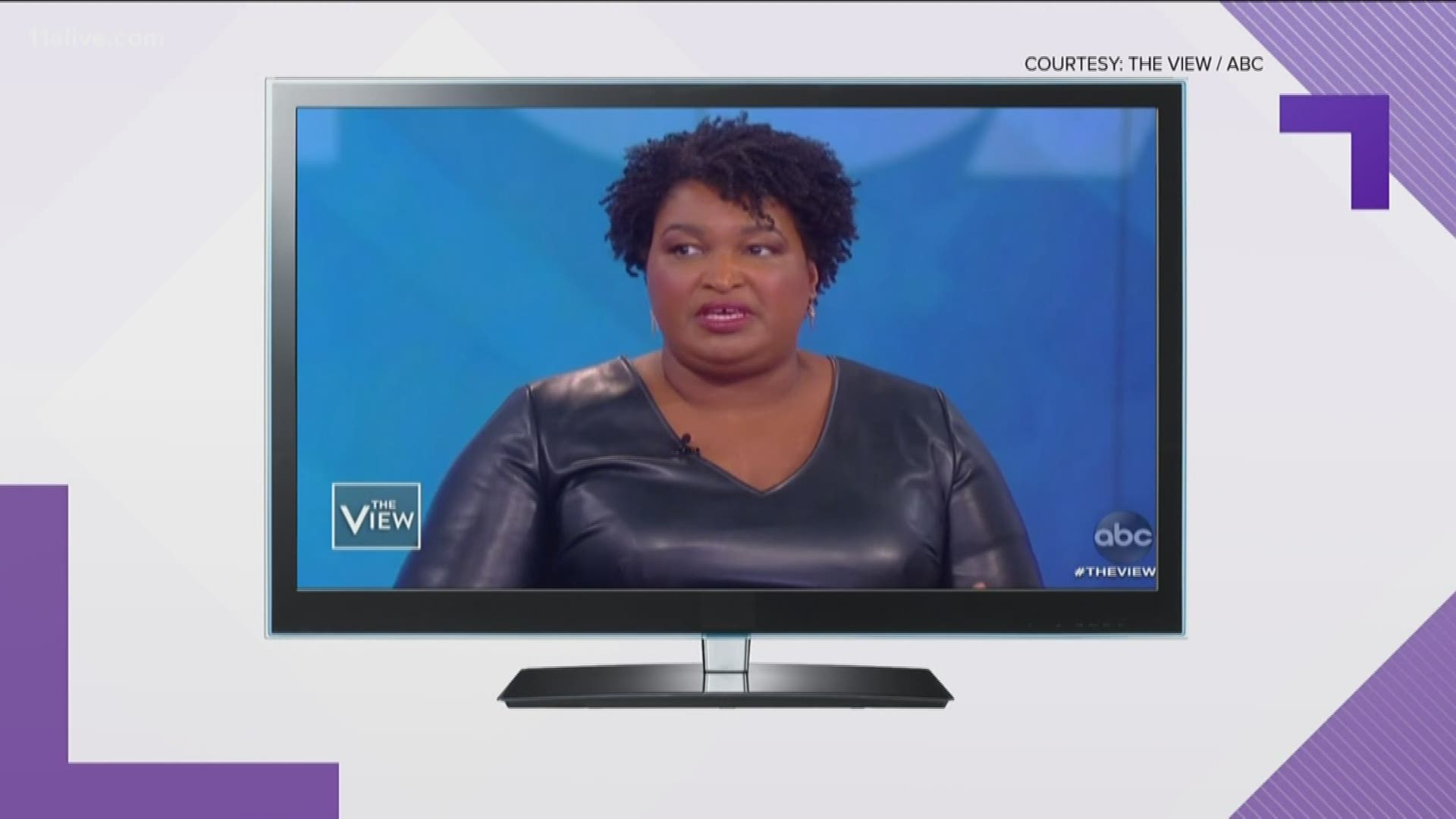 Despite narrowly losing to Gov. Brian Kemp in the gubernatorial race in 2018, Stacey Abrams has not strayed far from the political spotlight.

On Monday, Abrams told the hosts of ABC's "The View" she would be honored to be the Democratic pick for vice president.

"It would be doing a disservice to every woman of color, every woman of ambition, every child who wants to think beyond their known space for me to say no or to pretend, 'Oh, no, I don't want it.' Of course, I want it," she said.

Abrams went on to say she sees herself running for president one day.

It's not the first time talks about the White House or a VP pick has come up.

RELATED: Stacey Abrams believes the country would elect her as president some day: Report

In an article published by FiveThirtyEight, journalist Clare Malone outlined some of the questions she asked Abrams during an interview. When Abrams was asked if she thought the country would elect her as president in the next 20 years, she replied with a yes.

In 2019, there was speculation that Abrams could possibly join Joe Biden as a running mate as he campaigns for president. However, her former campaign manager shot down those claims back in March 2019 saying that the "rumors about discussions on a pre-cooked ticket are false, plain and simple."

But, just a few weeks ago, former presidential hopeful and U.S. Senator Cory Booker of New Jersey, went even further to say that Abrams should be on every Democratic presidential candidate's shortlist for vice president.

Firefighter suspended after decision to try and save woman's life