Connecticut watches as hearings for controversial SCOTUS nomination get underway.

One of state's U.S. Senators will be questioner on Judiciary Committee. 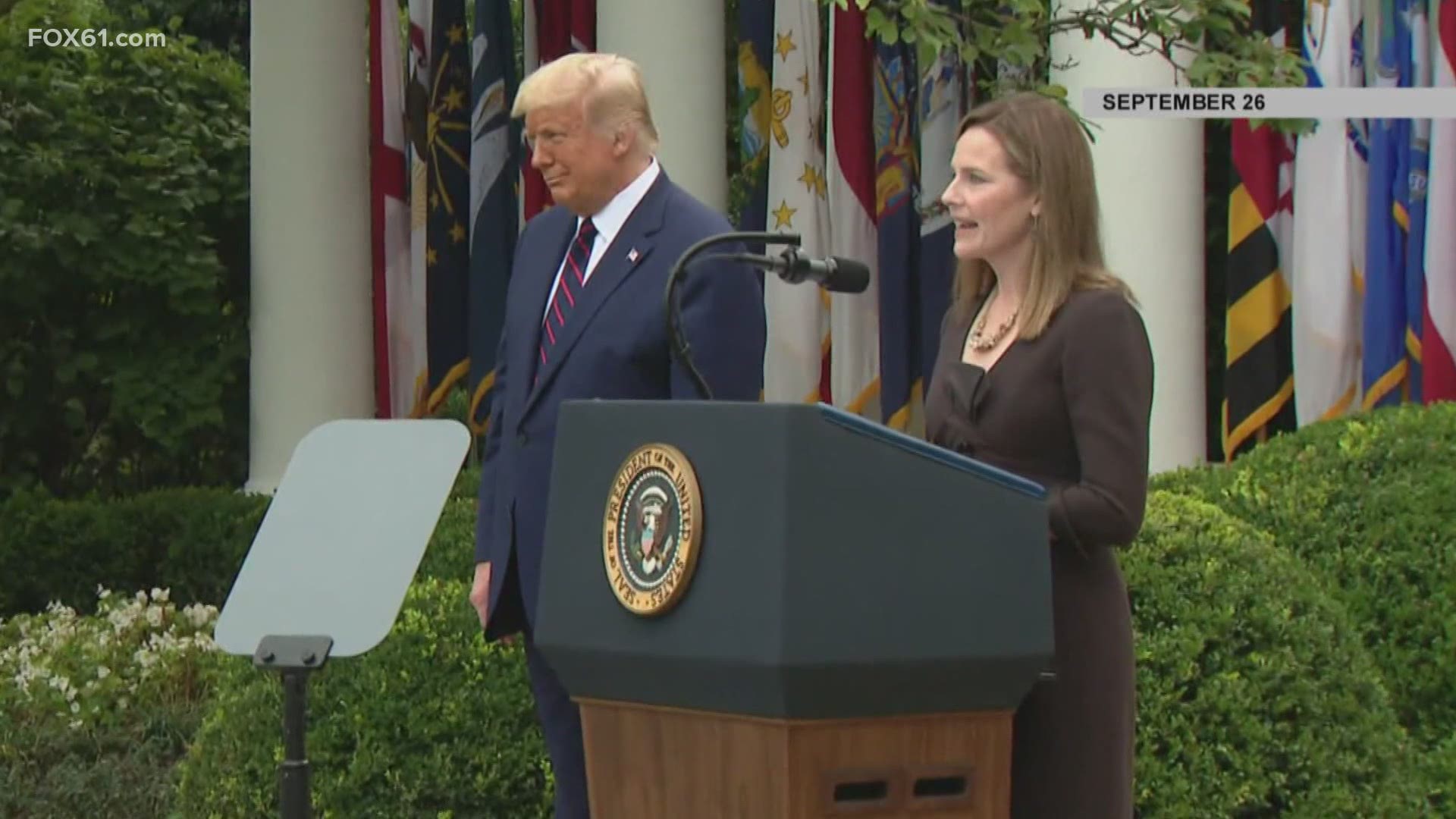 CONNECTICUT, USA — Members of Connecticut's congressional delegation have reacted negatively to President Trump's nomination of Amy Coney Barrett for the Supreme Court of the United States, saying it's inappropriate with election day just three weeks away.

"The American people deserve to know everything about this nominee," said Senator Richard Blumenthal on Friday at the state Capitol, with gun control advocates standing behind them.

Blumenthal, a member of the Senate Judiciary Committee that will hear from Barrett beginning on Monday, said the nominee's views on abortion, healthcare, and gun laws are 'exteme'.

"Judge Barrett has extreme, and I just want to say, extreme legal positions that would strike down many of our most important gun violence protection."

Mike Lawlor, an Associate Professor of Criminal Justice at the University of New Haven and a former Democratic chairman of the state legislature's Judiciary Committee, says this is a rushed proceeding. Lawlor believes the nominee should be not be picked until Americans vote for president.

"It seems like an odd time for the Republicans to want this particular argument leading up to an election. You know, four members, four Republican members of the senate judiciary committee are up for election themselves and for each one of them, it’s a very close race. It’s a very high-risk gamble."

A recent poll by Quinnipiac University indicated the country is split on the question of who should fill the vacancy on the Supreme Court, with 49 percent saying it should be the winner of the presidential election, and 47 percent say it should be President Trump, before the election.

But Republicans hold a majority, albeit slim, in the Senate. When asked if Democrats can intervene, Lawlor claims it is not too late.

"Some of these senate elections taking place three weeks from now involve vacancies that were filled by temporary senators, so at whatever point the new, the victor is announced in the elections in three weeks, that person will immediately be seated in the senate so that could actually change the balance of power," Lawlor said.

Trump nominated Barrett to the high court on September 26th. The committee hearings get underway Monday at 9 a.m, and are expected to last for four days.