Some of the lawmakers were the congressional session when the mob enter the building. 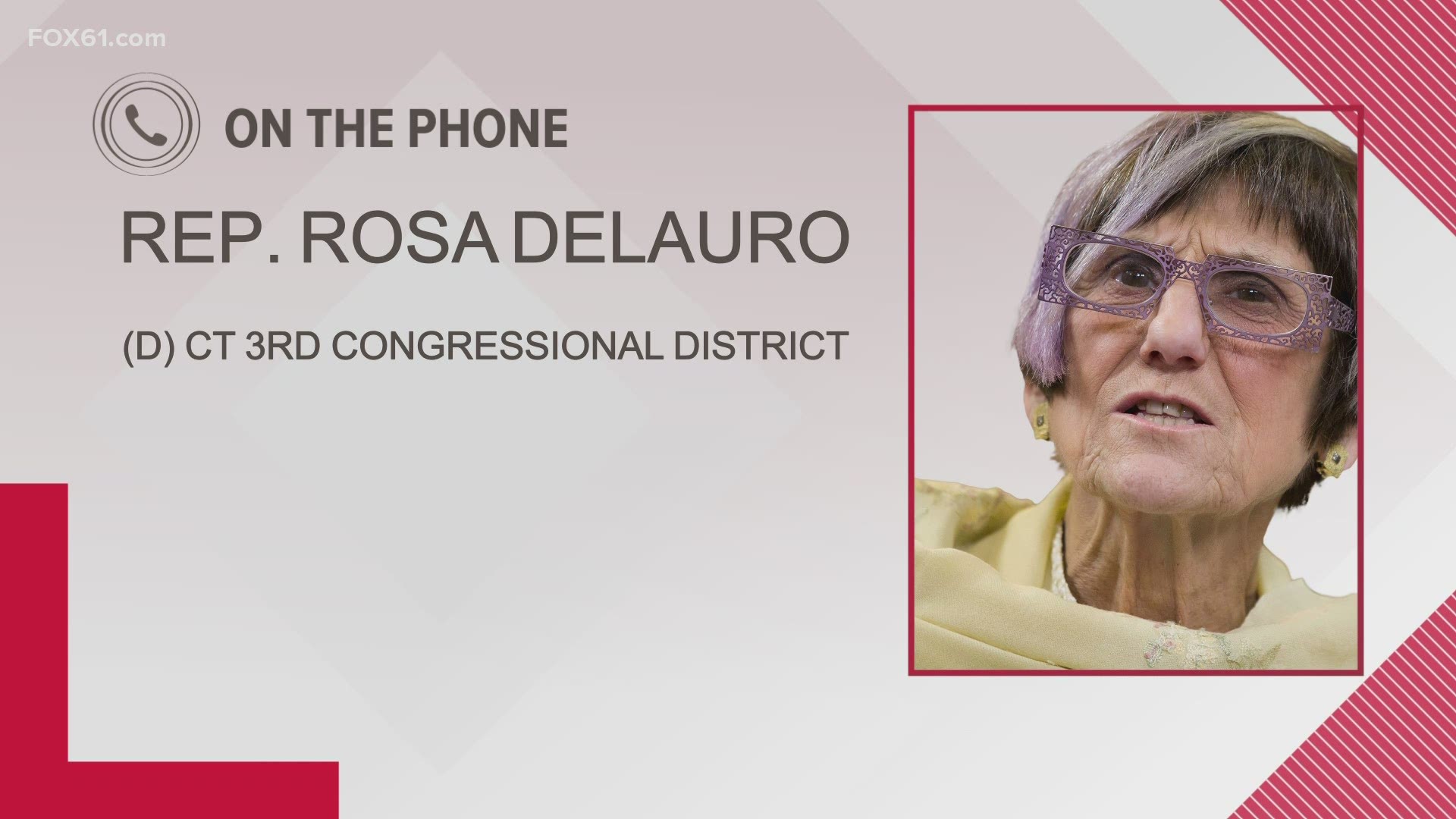 Eventually, Police dispersed the crowd and members of Congress returned to the main chamber.

Below are some of the statements from CT Representatives and Senators.

“President Trump and everyone who encouraged these rallies that resulted in this attack on the Capitol are responsible. Today’s events amount to an attempted coup that was encouraged by the sitting President to disrupt the certification of electoral college results. President Trump’s actions raise serious concerns about whether he’s mentally fit. Some would say he has malignant narcissism psychosis. He attacked his own Vice President, tried to coerce the Georgia Secretary of State, and without any evidence found by any state, he still claims he won the election in a landslide. I encourage Vice President Pence and the cabinet to proceed with the 25th Amendment. I am very concerned about President Trump’s ability to govern our country over these next 14 days.

“I want to commend the Capitol Police for disbanding the mob in as orderly a manner as possible and for keeping Members and staff safe. Our hearts go out to the woman who lost her life. We remain firm to finish our Constitutional Duty to certify the electoral college results and the Presidency of Joe Biden. Tonight, we will show that our democracy still stands strong and on January 20th we will swear Joe Biden in as the 46th President of the United States.”

“Today’s seditious riot, attempting to overturn the rightful election of Joe Biden, is the inevitable and tragic result of months and years of lies and incitement by Donald Trump and his craven enablers.  There is blood on their hands. This is domestic terrorism, and the traitors who brought this violence to the hallowed halls of democracy are the shame of the nation and must be brought to justice.

“We will never be dissuaded from carrying out our sacred oaths to the Constitution and ensuring the transition of power on behalf of the American people. On January 20th, Joe Biden will be President. Kamala Harris will be Vice President. And no lies, threats, or mobs can change that truth.”

No traitorous thug or vandal can stop American democracy. We won’t let you. What we’ve built over the last 240 years is too important.

We’re going back into the Senate tonight - no matter its condition - to finish the job.

“Today, violent rioters breached the United States Capitol Building in response to what should have been a ceremonial verification of an election. Enabled and incited by the President, and with intentions to discredit our Democracy, sow fear, and incite violence, these rioters stormed the United States Capitol. This disgraceful mob assaulted Capitol Police officers, vandalized the floor of the United States Senate, attempted to break into the House Chamber in an armed standoff, broke Capitol windows, destroyed property and forced the campus into lockdown. The lives of my colleagues, law enforcement, Congressional staff and even the protesters were put in danger today by this assault on the rule of law.

“These actions are an affront to the American people, to our democracy, and to the sacred nature of our electoral system. While voters have a right to be disappointed at the outcome and even a constitutional right to dispute the results, they have no right to violence or to violate the American tradition of a peaceful transfer of power.

In my nearly 15 years of teaching American history, I could have never found the words to explain this act of sedition to my students. The damage that this President and these rioters have done to our democracy is incomprehensible. The work of repairing the chasms in our electorate and faith in our republic rests squarely on our shoulders.

Throughout this constitutional crisis, I remained in the Capitol complex, ready to cast my vote to preserve the votes of the American people in this presidential election. I will not be dissuaded by a band of menacing cowards who refuse to concede an election. We will remain resilient in the face of this challenge, and ready to continue to protect our democracy.

Thank you to all who reached out to ensure my safety during this time. It continues to be my privilege to serve.”

Make no mistake: Congress will do its job. This election will still be certified, & President-elect Biden & Vice President-elect Harris will be sworn in on January 20th.