On Wednesday, the U.S. House of Representative voted to impeach President Donald Trump for the second time. 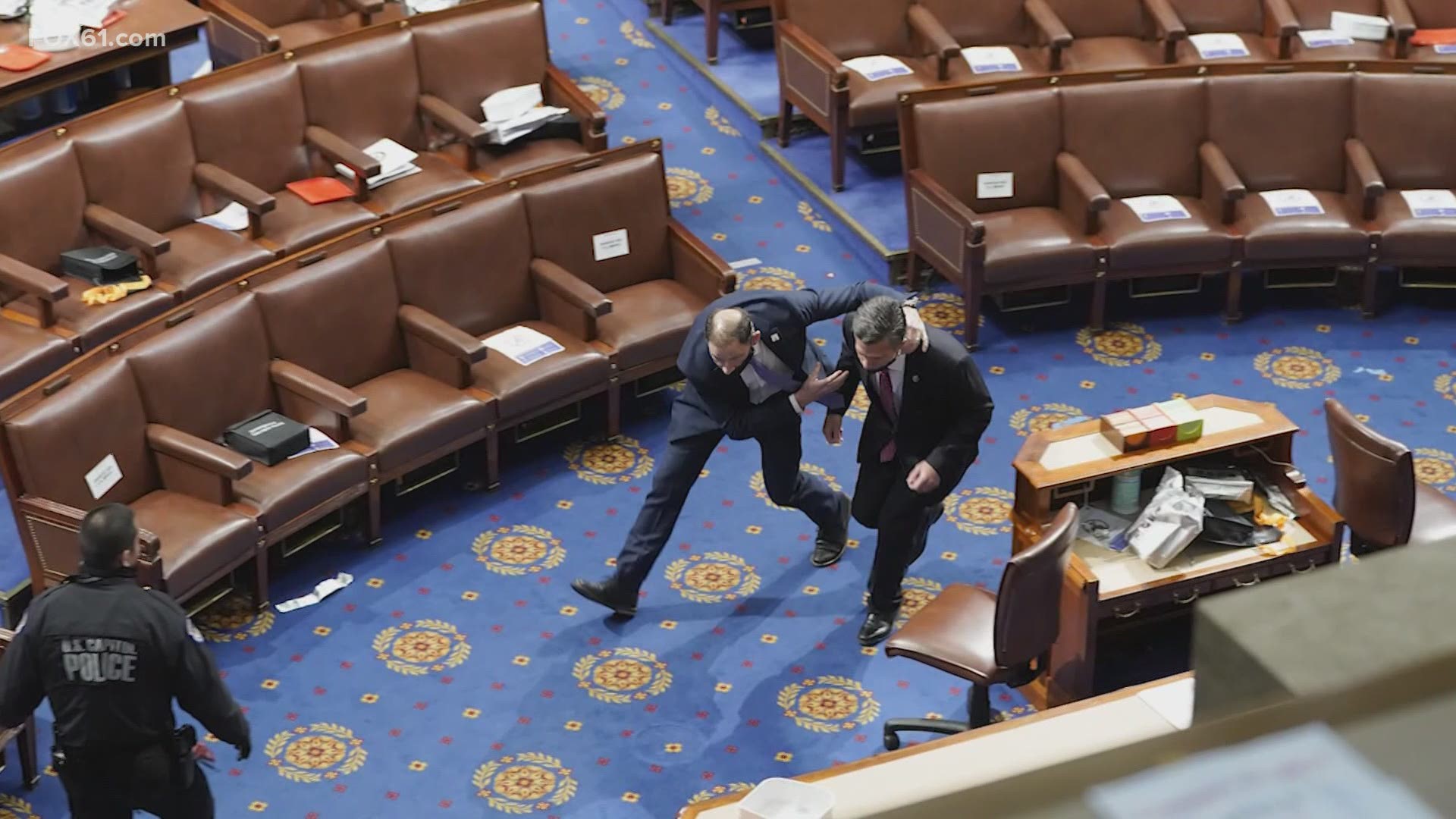 CONNECTICUT, USA — For the first time in the history of the United States of America, the President has been impeached.

In a Wednesday afternoon vote, the U.S. House of Representatives passed the resolution to impeach President Donald Trump. The final vote tally was 232-197.

Connecticut lawmakers expressed their thoughts on the vote, supporting the impeachment of the President.

“I take no joy in casting a vote to condemn one of the darkest acts we have seen in American history,” said Rep. Jahana Hayes.“As I cast this vote today, I must now walk amongst thousands of troops deployed to defend our Capitol against insurrectionists. I echo the words of Liz Cheney, leader in the Republican conference, ‘The President of the United States summoned this mob, assembled the mob, and lit the flame of this attack. Everything that followed was his doing. None of this would have happened without the President. The President could have immediately and forcefully intervened to stop the violence. He did not. There has never been a greater betrayal by a President of the United States of his office and his oath to the Constitution.’ Today, I cast my vote to impeach President Donald J. Trump in solemn defense of our democracy, respect for our Constitution, and preservation of the Union. I pray that our nation comes together at this harrowing time.”

Out of all Republican representatives, only 10 voted for impeachment. One notable Republican was Wyoming Representative Liz Cheney who said Tuesday she would vote to impeach.

“Last week for the first time since the War of 1812 our Capitol was under siege. Police were pinned between a door, hit with fire extinguishers and hockey sticks, and dragged," said Rep. John Larson. "Pipe bombs were found at the DNC and RNC. Five people died. Journalists were attacked. This was a violent insurrection incited by the President. The President and the rioters must be held accountable. President Trump had the time to take responsibility and resign, and Vice President Pence had the opportunity to invoke the 25th Amendment. Since neither of them did as they should, the House today voted to impeach this President for a second time. I applaud the few House Republicans who put nation before party and voted to protect our democracy. This now lies with Senate Republicans and I hope they do the same."

The next step in the process will now move to the Senate, in which Senator Mitch McConnell has rejected an emergency session. This means Senate will not meet until January 19, a day before President-elect Joe Biden is sworn into office.

“There is no question that the President helped to foment and incite an attack on our Capitol and our democracy on January 6th, and Representatives from both sides of the aisle came together today to show that there are consequences for these sorts of actions,” said Congressman Joe Courtney. The President incited a crowd of his supporters to march on Congress with express purpose to illegally and violently obstruct a Constitutionally mandated proceeding, namely to tally the certified results of the electoral college. The President’s remarks falsely claimed that the election was ‘stolen’, and called on the crowd to march on the Capitol and ‘fight like hell’ to ‘take back our country.’ Leaders and elected officials from across the political spectrum, including from the President’s own Cabinet and leaders in the private sector, have stated that it was blindingly obvious that he incited the deadly violence, and afterwards failed to adequately quell the mayhem that trapped Vice President Pence and the leaders of a co-equal branch in a basement for hours. It would have been best for the country for President Trump to resign. Absent that, the House still sought an alternate path by encouraging the Vice President to activate Section 4 of the 25th Amendment, and to remove the President without the Constitutional path of Impeachment. Vice President Pence refused, and the Congress has been left with no choice—we swore an oath to the Constitution, and our job here is clear. The President’s actions must be met with consequence. I am proud of my colleagues on both sides of the aisle who did the right thing today by voting for this Article of Impeachment.” 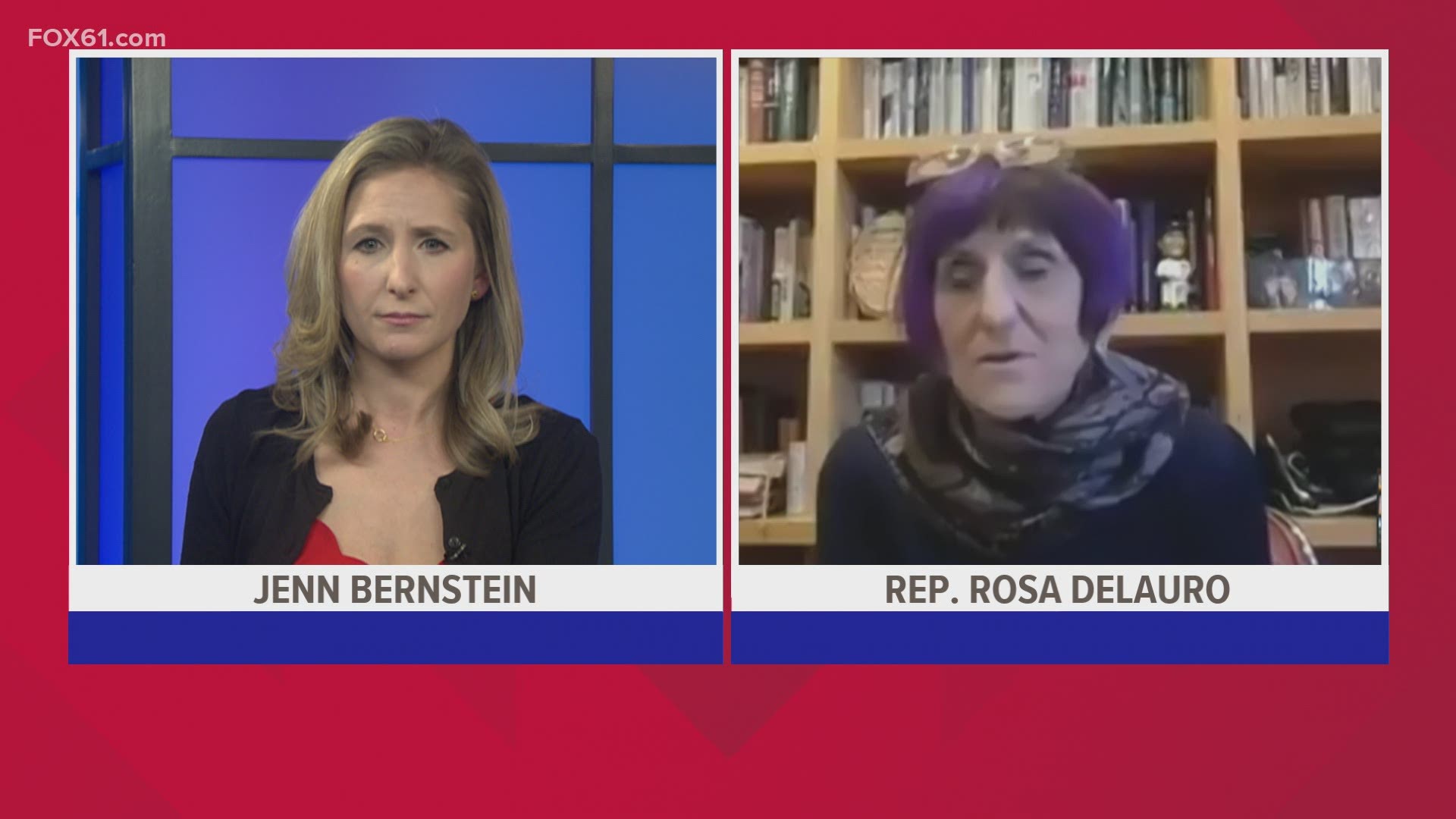