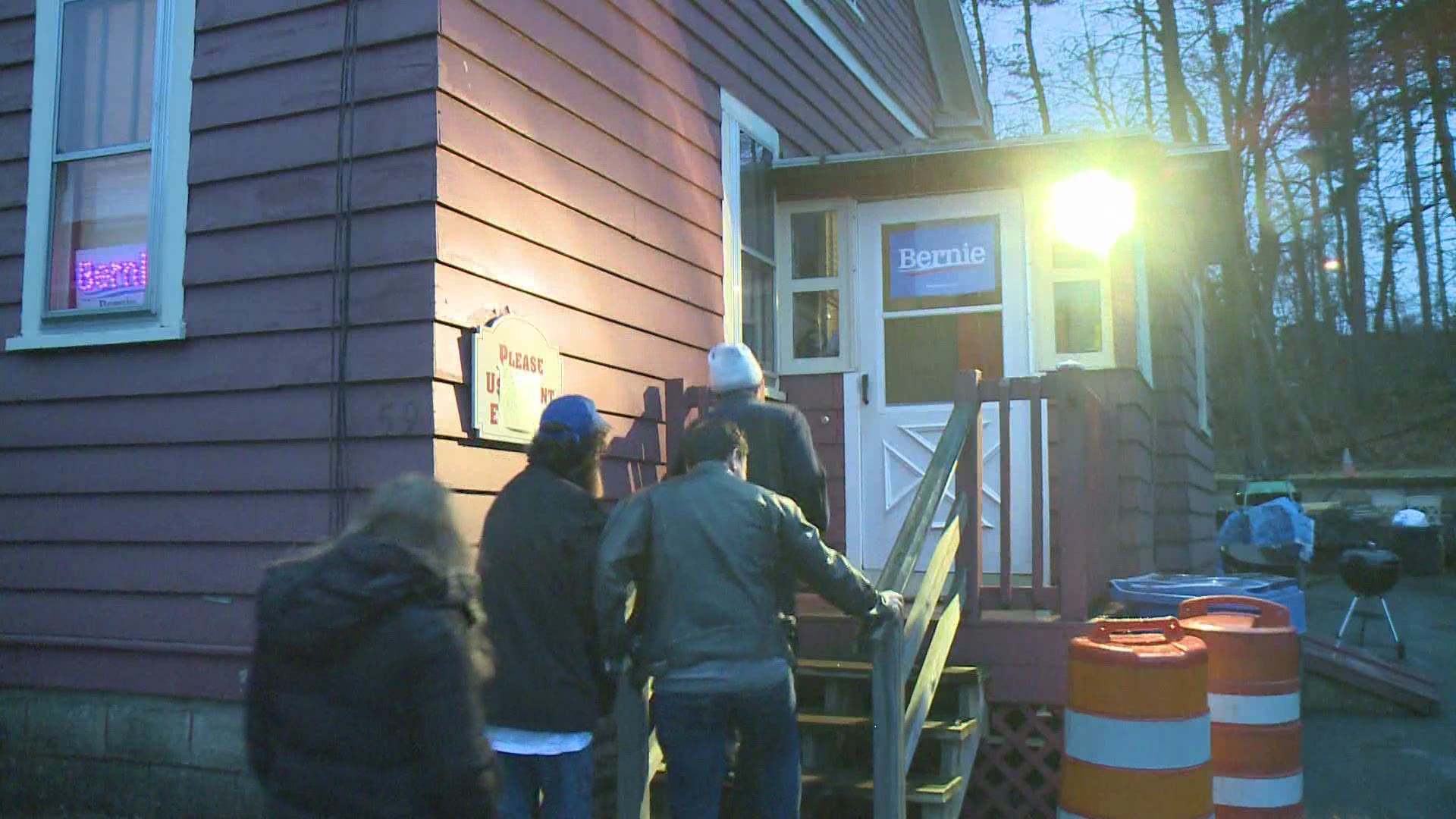 RELATED: 14 states are voting on Super Tuesday. Here are the results so far.

Just last week, Bernie Sanders campaigned in the state holding a rally in Springfield and in Boston.

We spoke to both Connecticut and Massachusetts residents on Super Tuesday and many shared they aren’t looking to see a clear cut winner, but they are looking to see where the numbers lie.

Super Tuesday is a day to vote early on in the u.s. presidential primary season in 14 states, including Maine, Vermont and Massachusetts .

“It’s important I pick the right person who I think is better and will do good for the country and the change will be good,” Longmeadow Resident Muhammad Awais said.

It’s likely no one will win the Democratic Nomination on Super Tuesday alone, but votes can make a difference with more than 1,300 delegates up for grabs.

Many campaign volunteers took to the streets leading up to the big day.

“Over this past weekend we knocked on 2000 doors, Super Tuesday is so important for the democratic primary a lot of times it narrows down who's going to be the front-runner going forwards,” Bernie Campaign volunteer Caleb Seymour said.

Residents here in Connecticut knocked on doors in nearby states as well in preparation for Super Tuesday.

“There’s an urgency here cause it feels like a once in a generation opportunity, that’s why you’ve seen such an uptick in youth involvement going out knocking doors going out vote in other places because they really genuinely believe that the time is now,” Bernie Campaign volunteer and Cheshire Resident Dhrupad Nag said.