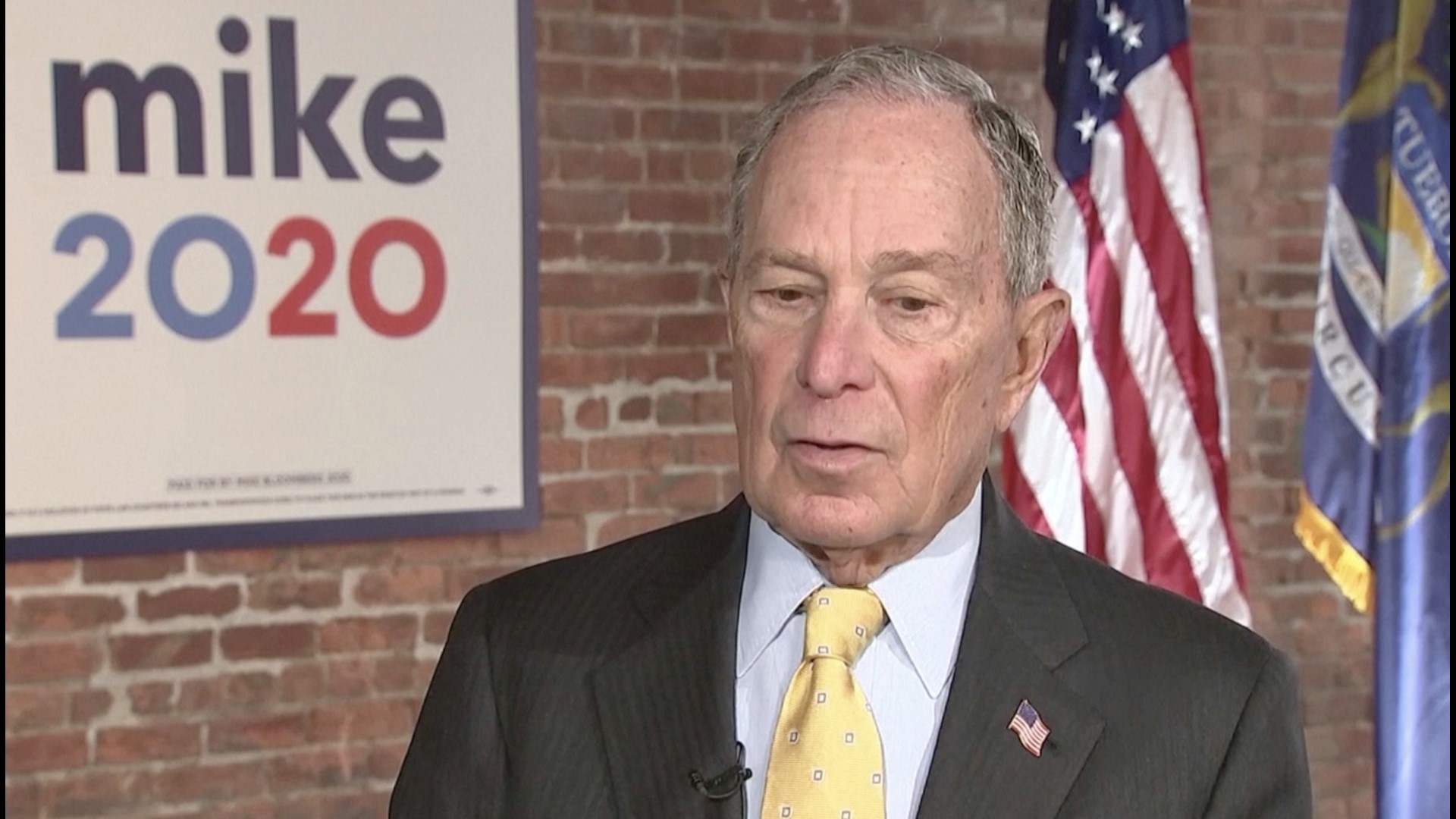 ST. PETERSBURG, Fla. — The barrage of campaign ads across the Sunshine State might be playing out to the advantage of former New York City Mayor Michael Bloomberg.

A poll of 3,047 likely Florida Democratic presidential primary voters found if the election were held today, a majority would vote for Bloomberg to be the nominee to square-off against President Donald Trump come November.

The poll has a margin of error of 1.8 percent, meaning this poll appears to show a neck-in-neck race between Bloomberg and former Vice President Joe Biden. It was conducted from Feb. 12-13, using registered voting lists supplied by the state, according to St. Pete Polls.

It has been difficult to actually gauge Democratic voters' thoughts on the slate of Democratic candidates because there has not been a lot of statewide polling across Florida. According to RealClearPolitics, the last poll was conducted Jan. 9-12 by Florida Atlantic University and showed Biden with a 26-point lead.

However, a poll can be considered a "snapshot" in time and at the very least, this newest poll shows Bloomberg is having an effect on voters.

The billionaire candidate chose to skip the first few rounds of the nominating process, including the caucus and primary in Iowa and New Hampshire, and instead has pumped millions of his own dollars into airing anti-Trump ads in Super Tuesday and other delegate-rich states like Florida.

Sanders and former Sound Bend, Indiana, Mayor Buttigieg each had strong showings in the early nominating states while Biden had weaker-than-expected results. The former vice president looks for a more favorable outcome in the next couple states, Nevada and South Carolina, where a more diverse electorate could turn out into his favor.

There's been renewed criticism of Bloomberg in recent days following the release of leaked audio of a 2015 speech in which he defended the stop-and-frisk policy he implemented as New York City mayor. He was heard saying "you can just take the description" of male minorities age 16 to 25 and "Xerox it and pass it out to all the cops," according to CBS News.

"Put the cops where the crime is, which means in minority neighborhoods," Bloomberg said at the time.

CBS News reports hundreds of thousands of people were stopped and searched by police without warrants, disproportionally targeting the city's black and Latino population.

Bloomberg apologized for the comments, saying he reduced the number of stop-and-frisk events by 95 percent. However, as CNN noted, the number of incidents increased under his watch and decreased only when a lawsuit surfaced.

Recent presidential debates have, so far, not featured Bloomberg on stage because his campaign has not met the requirement of having individual donors give money to his campaign. But a recent rule change eliminates the donor threshold, which effectively allows him to participate.

Sanders told CBS News it's "very unfortunate" someone like Bloomberg can use his wealth to run for president.

The 78-year-old Bloomberg, a former Republican, announced his candidacy in November 2018, saying he's the candidate best fit to deny Trump another term.

"I’m running for president to defeat Donald Trump and rebuild America," Bloomberg wrote of his announcement.

"We cannot afford four more years of President Trump’s reckless and unethical actions," he continued. "He represents an existential threat to our country and our values. If he wins another term in office, we may never recover from the damage."