The president's reelection campaign brought him to Sanford, Florida. 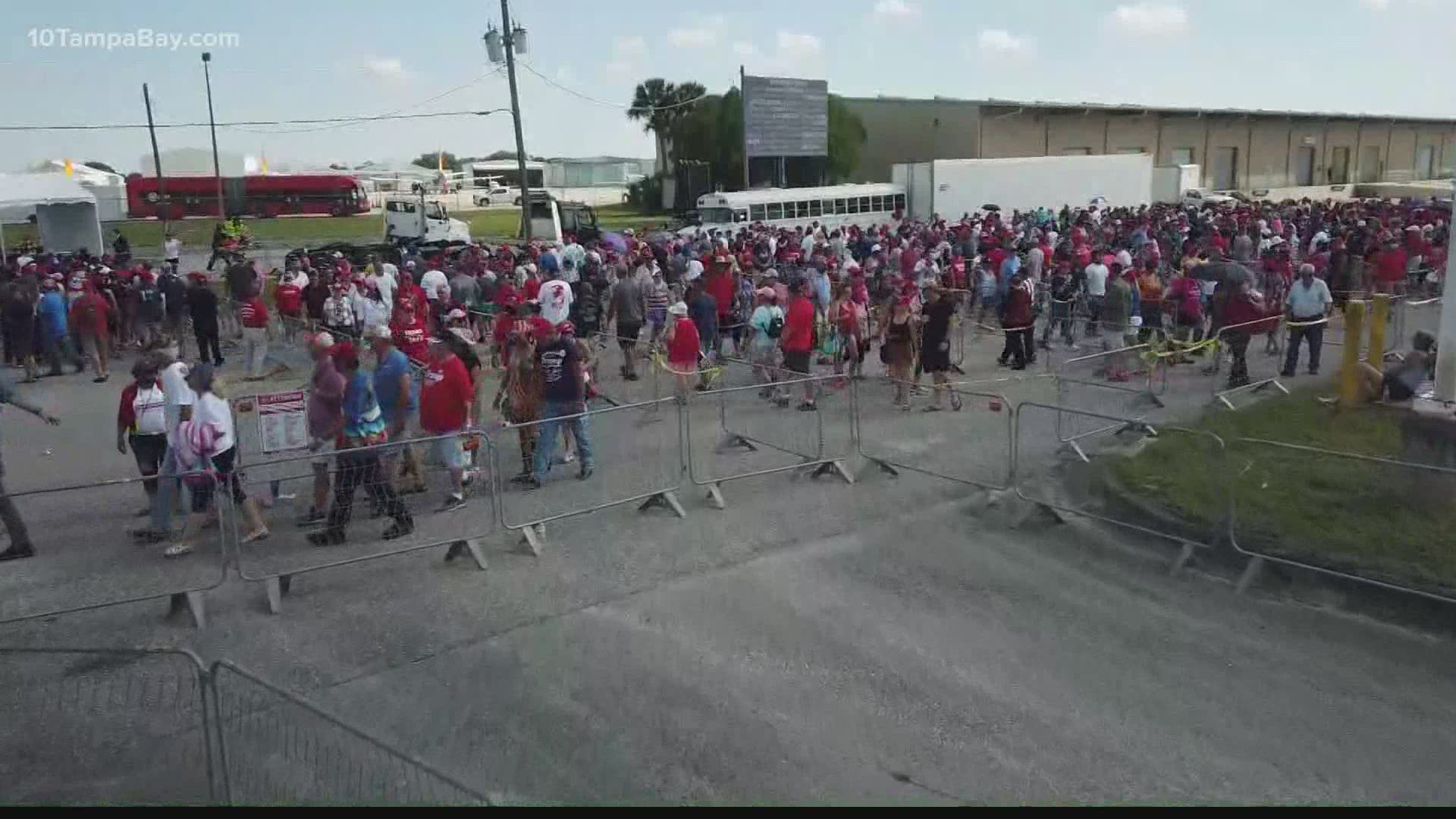 SANFORD, Fla. — Almost two weeks after his initial diagnosis of coronavirus, President Donald Trump is scheduled to speak Monday evening at an event in Sanford, Florida.

This will be the president's first stop back in the Sunshine State since testing positive for the virus. He initially wanted to visit Florida this weekend but instead held an event at the White House speaking from the Blue Room Balcony.

But Trump's lack of ability to campaign himself in the battleground state did not stifle the efforts of others in his party. His eldest son Donald Trump Jr. made several stops across the state during the last few days, while Vice President Mike Pence held two campaign rallies Saturday.

The second lady Karen Pence will also be in Florida on Monday to make her case for a second term for President Trump.

As for the president's plans? His reelection campaign said President Trump will deliver remarks at a "Make America Great Again" event at 7 p.m. at Orlando Sanford International Airport.

TRUMP IN FLORIDA | The president’s first rally on the road since his #COVID19 diagnosis is here in critical #Florida at @SFB_Airport. Long line of supporters waiting to get in. Doors open at 4. President speaks at 7. @10TampaBay pic.twitter.com/BpaB16lzO6

Trump's doctor cleared the president for resuming public engagements and shared that he is "no longer considered a transmission risk to others." After refusing for days to say when Trump last tested negative for the virus, the White House prior to the rally says he has tested negative "on consecutive days."

A local health expert who spoke prior to the announcement of Trump's last negative test result had concerns about the rally.

"Some percentage of people in that crowd are going to be exposed to some people who are positive and some of those people are either going to get sick or be in a position to transmit COVID to others," Dr. Jay Wolfson with USF Public Health told 10 Tampa Bay earlier this week.

"We still don't know much about the long-term risks of it. But we do know that a percentage of the people who acquire COVID will get a new disease for the rest of their lives, it's one of the oddities we have noticed from it."

As for Wolfson's best advice for those who choose to attend this event? It's the same as before: social distance and wear a mask.

RELATED: Trump's doctor says president is no longer at risk of transmitting virus

RELATED: With no confirmation of negative COVID-19 test, Trump declares himself fit to campaign

Trump's return to the public stage comes at a time where he is seeing a deficit in the polls, according to some studies.

If the election were held now, the Pew Research Center found that 52 percent of voters would support Democratic presidential nominee Joe Biden, and 42 percent would support Trump.

Real Clear Politics shows Biden with a +3.7 lead in Florida, with Biden seeing 48 percent support over Trump's 44.3 percent. Their results are an average aggregated by polling data Real Clear Politics has been tracking since May.

As the election draws near, time is precious. It's something both candidates have noted.

As of Oct. 11, just over 1.6 million mail-in ballots have already been submitted in the state.