The President released the video through the White House Twitter account after the House voted to impeach him. 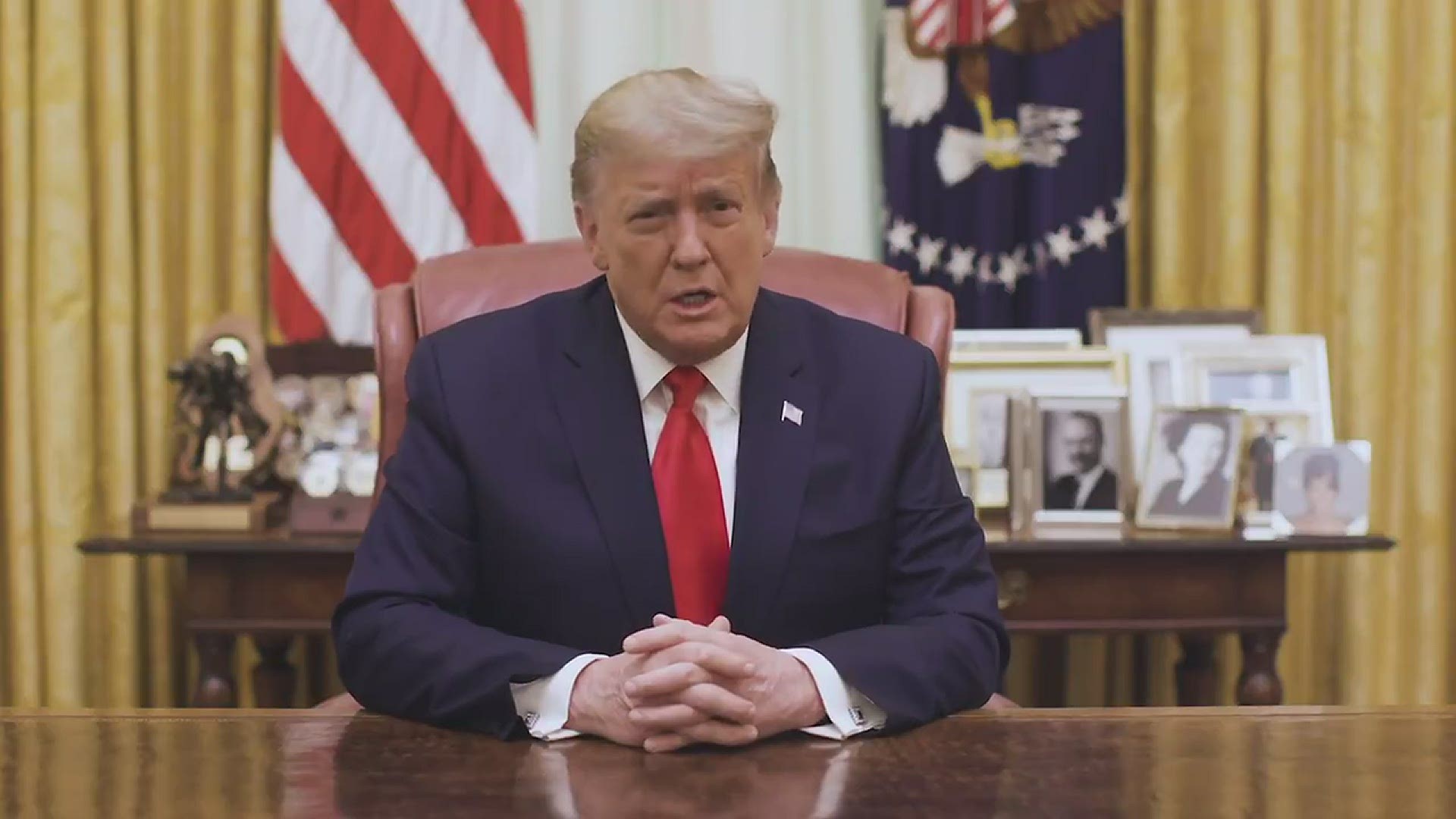 The video message was released through the White House Twitter page since Twitter had banned President Trump following the riots. On January 6, thousands of people stormed the U.S. Capitol. As a result, five people were killed and Congressional chambers were vandalized.

Throughout the video, President Trump "unequivocally" condemned the rioters and explained what measures are being taken next week other potential protests happening around the country.