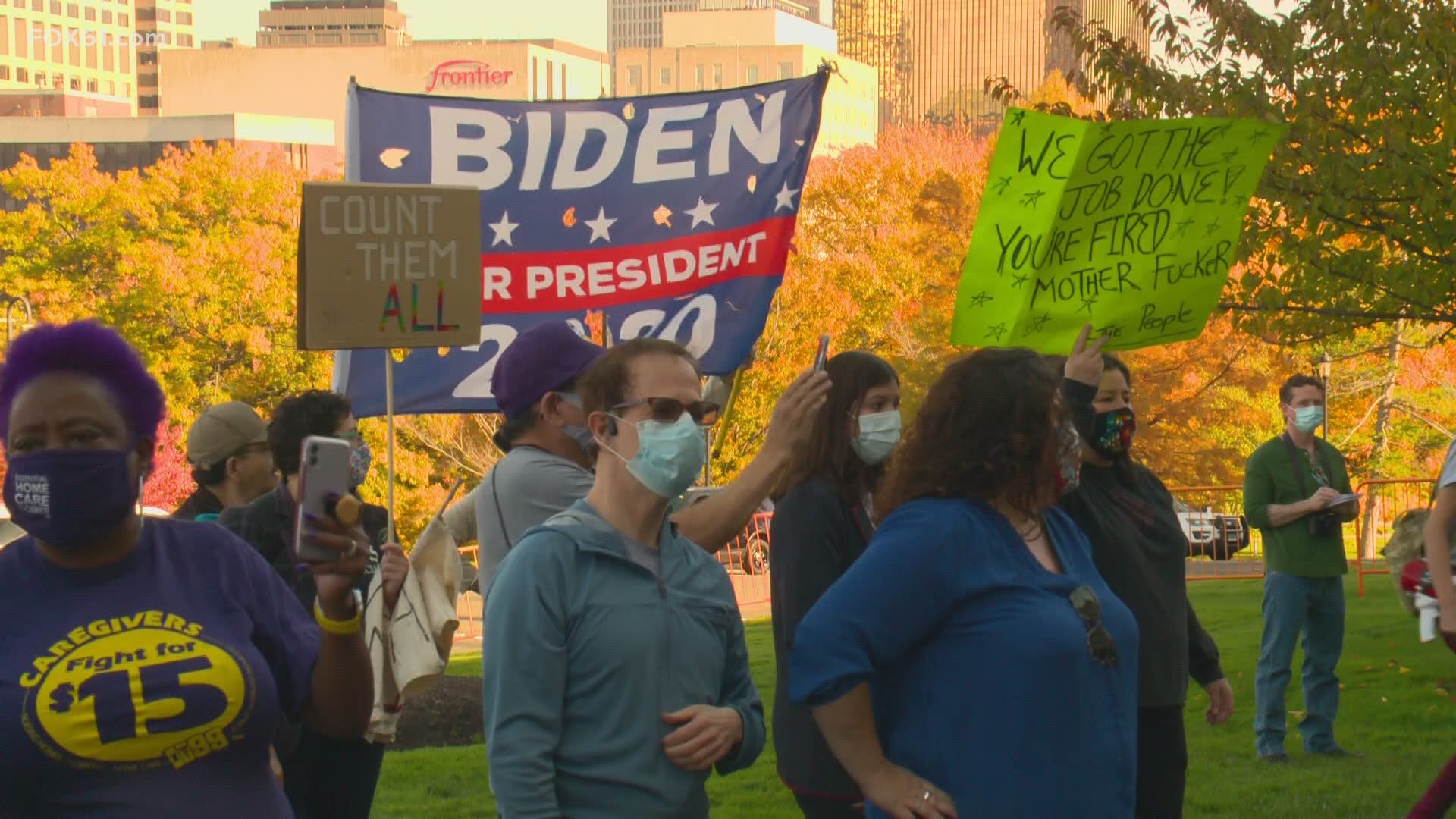 HARTFORD, Conn. — Both President Trump and Joe Biden supporters spilled into the streets of Hartford making their voices heard.

Since the election has been called some people have expressed anger with the loss from President Trump and others who support now President-Elect Joe Biden says this moment may help heal a nation divided.

People who gathered at the steps of the capital Saturday were at first a ‘Count the Vote Rally’ but it turned into something more as soon as the election was called and people from both sides of the aisle expressed their views.

“Hope for President Trump to hang in there because we're hanging in there with him,” said Kevin Evans.

Susan Israel said, “It was our 50th wedding anniversary on Thursday and all we wanted for a present was a new President and we got it! We're so thrilled.”

Kristina Thompson said, “These mail-in ballots is what the Democrats wanted, and they got it.”

Arthur Israel said, “For the sake of our democracy they should tell him to get out of town.”

Aaron Eliot-Gaines said, “I hope all this energy eventually does down and we can be productive but it’s just kind of the part of the way it goes.”

Harrison Rice said, “If Trump goes for a second-term of Joe Biden becomes president of the United States I will stand behind my nation and my president regardless of who is in office.”

One demonstrator telling FOX61 it is women who have something to celebrate no matter their political standing.

“It’s amazing it’s the first black, woman Vice-President... it’s like you are a woman, you’re black and you are a daughter of immigrants that’s amazing, that’s going to... it’s great,” said Patricia Arciniega.

A University of New Haven professor says the fight will be hard to heal the wounds from a deeply polarized country, and it will take more than one person to clean up.

Chris Haynes said, “We’ve been divided for a very long time and I’m not sure one President, one person is going to fix this and it’s going to have to be a team effort. That includes the Senate, that includes Republicans, that includes Democrats and Independents even Governors, they all have to be in here.”

From here people FOX61 spoke to say they hope passions will die down and productivity will rise because in the end, we are all in this together as one nation.