1807 Act could provide the president with legal justification; Senators want to require POTUS to certify civil rights are protected, & he consults with Congress. 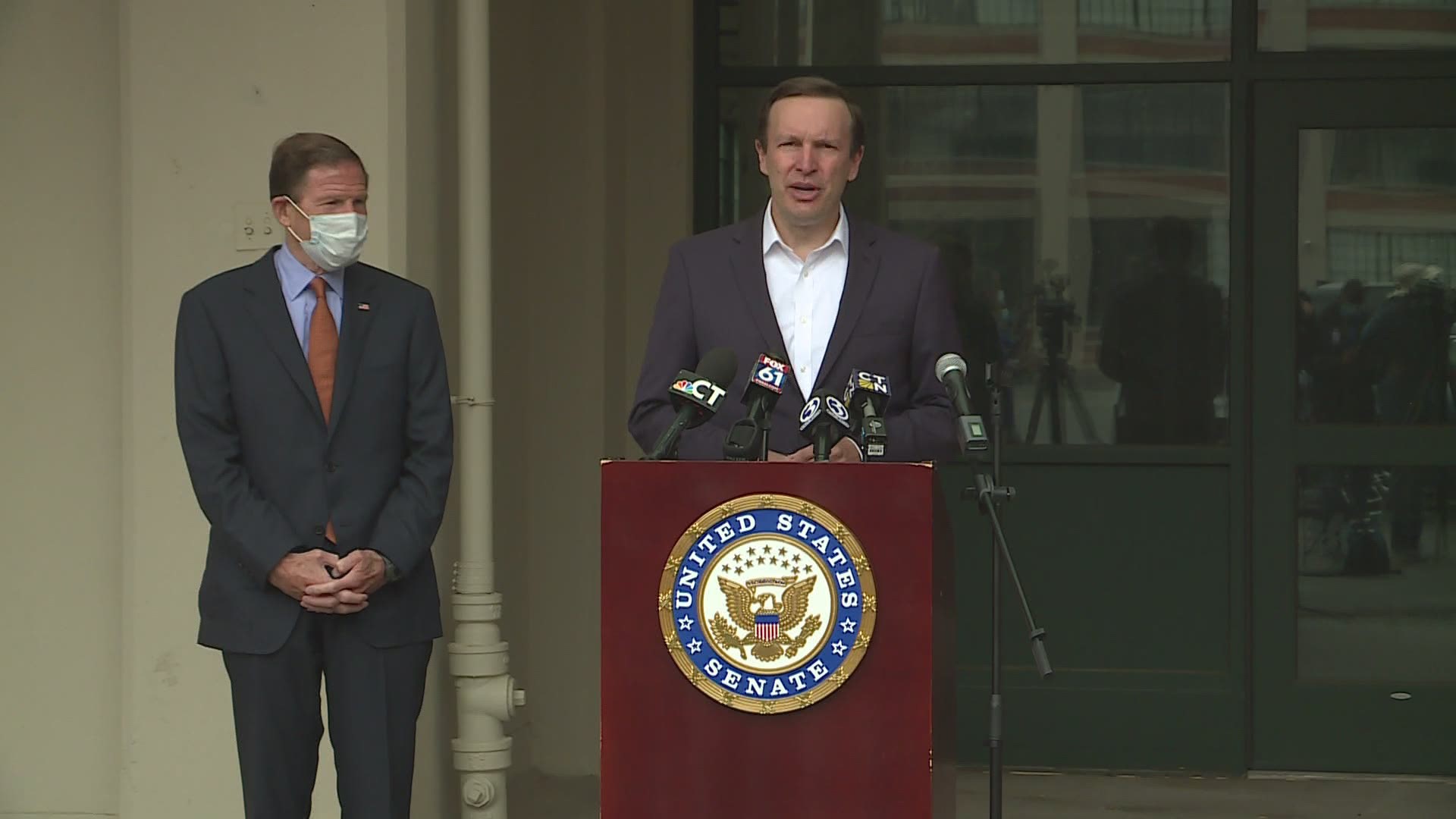 HARTFORD, Conn. — Days after President Trump threatened to send the military into any state that didn’t get a handle on its protests and looting, U.S. Senators Richard Blumenthal and Chris Murphy say they are looking to reform the Insurrection Act of 1807.

Senator Murphy said, “This moment of reckoning for The United States is long overdue.”

It’s been a week since protests ignited across the United States, sparked by the death of George Floyd who died in the custody of Minneapolis police officers.

Night after night a common sight has been tear gas in the air, scattering protestors or people were seen marching in remembrance of George Floyd.

Yet in these mainly peaceful protests, some agitators looted and set fires, making President Trump warn if the violence doesn’t stop, “I will deploy the United States military and quickly and quickly south problem.

RELATED: VERIFY: Were protesters tear-gassed to clear the way for Trump's walk to church?

Senator Chris Murphy said, “These protesters are not terrorists, they are Americans seeking change. They are acting in a peaceful manner and law-enforcement should be used to protect their right to free speech.”

Therefore senators and others say they wish to reform the Insurrection Act by introducing legislation when they return to Capitol Hill.

Senator Blumenthal explained, “He (President Trump) will be required to certify that civil rights are protected and not restricted, seek consultation with Congress before as well as after he starts the use of military force.”

Others disagree with the Connecticut senators. White House Press Secretary Kayleigh McEnany said, “The Insurrection Act is definitely a tool within his power, this president has one singular aim and that is protecting America’s streets.”

Connecticut has seen mainly peaceful protests, with dialogue between law enforcement and protestors. The goal is a better relationship between the community and those who serve it.

Senators here say the state should serve as an example for the rest of the United States, but said going forward it may be hard to get both sides of the aisle on common ground.

Senator Chris Murphy said, “There is this far very little worried from Republicans about the president’s actions and that is concerning. You know, to me it is a fundamental American right, it has nothing to do whether you are Republican or Democrat.”

RELATED: Businesses on Flatbush Avenue in Hartford board up windows, close early after false Snapchat post