In a tweet announcing the endorsement, Abrams said Warnock's leadership is needed in this moment. 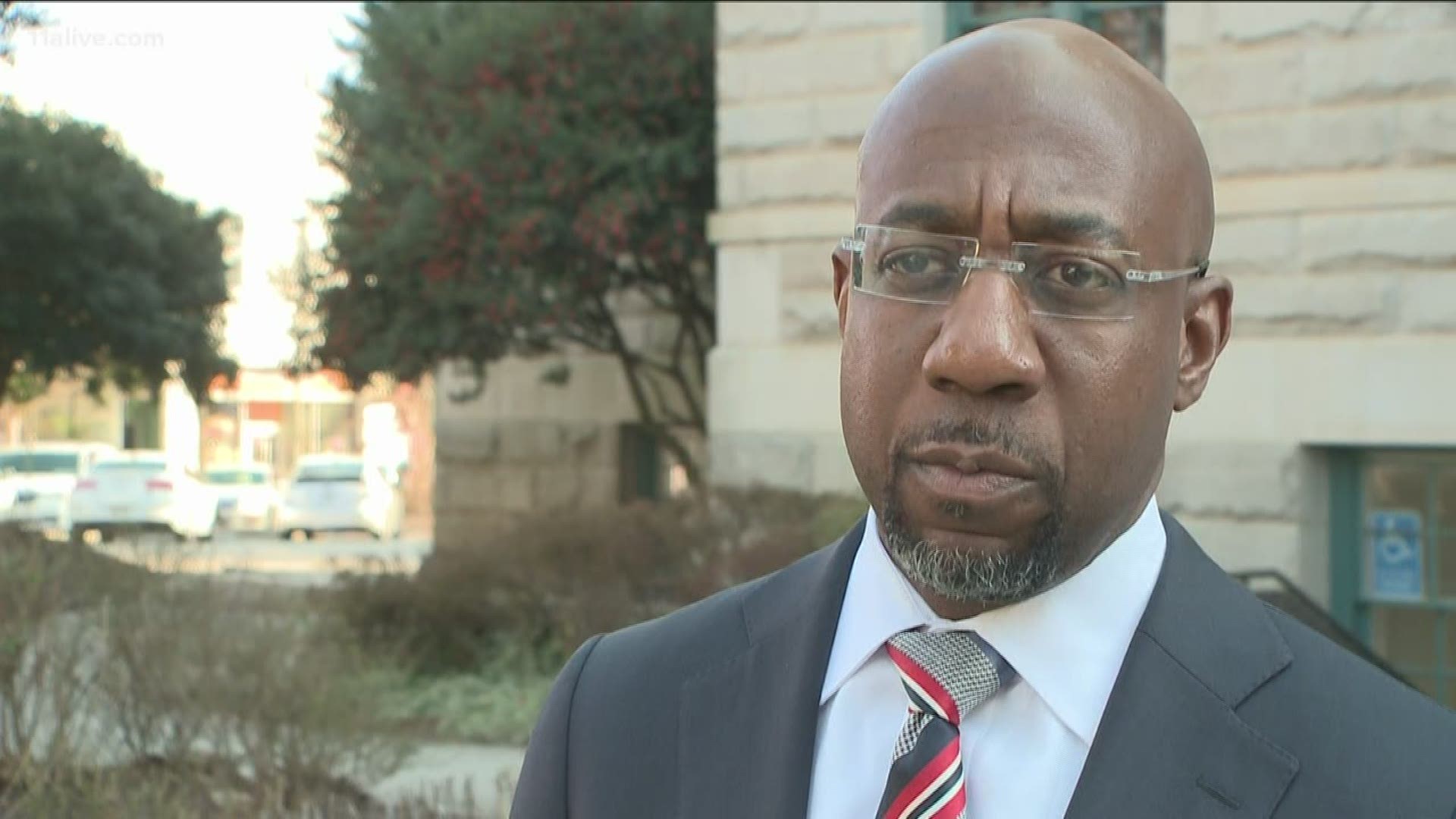 ATLANTA — Democratic activist Stacey Abrams is standing by Rev. Raphael Warnock, as she announced she is officially endorsing the pastor's run for US Senate.

Abrams, the former minority leader of the Georgia House of Representatives and 2018 Democratic gubernatorial candidate in Georgia, made the endorsement official, Thursday.

In a tweet announcing the endorsement, Abrams said Warnock's leadership is needed in this moment.

"For the past 15 years, I have watched Reverend Raphael Warnock lead on issues of social justice, economic access and voting rights," Abrams said. "I have fought beside him to end voter suppression. I worked with him to protect the Affordable Care Act and to expand Medicaid. I prayed with him as we worried for our fellow Americans who have not benefited from an economy that demands more and more from them but delivers less and less.

"Wherever there is need, Reverend Warnock can be found on the front lines," she said.

Warnock announced he would be running for Johnny Isakson's Senate seat in the open special election Thursday. He joins the race in which current US Rep. Doug Collins is challenging incumbent Kelly Leoffler, who was appointed to Isakson's seat by Gov. Brian Kemp after the longtime Senator retired at the end of last year.

Warnock has been a politically active and vocal leader from the same Ebenezer pulpit once occupied by Martin Luther King Jr., something Abrams said was one reason she supports him so.

"As the daughter of ministers, I deeply respect how he has led Ebenezer Baptist Church forward - living the truth of his calling by launching programs to serve families," she said. "So today, as he kicks off his campaign, I am proud to endorse Reverend Raphael Warnock for the U.S. Senate because Georgia must have a leader who sees all of us and serves all of us."

While Abrams' endorsement of Warnock as a fighter for voter rights and progressiveness, that support has unsurprisingly led to attacks from across the aisle.

"Raphael Warnock has shown that he is simply too liberal to represent the people of Georgia in the United States Senate," said Georgia GOP Executive Director Stewart Bragg. "If elected, Warnock would do nothing more than push Stacey Abrams' radical agenda to weaken our border security, jeopardize our healthcare system, and hinder America's economic prosperity. Georgia families will reject his extremism this November."