ATLANTA -- Stacey Abrams announced that she will not run for a U.S. Senate seat in 2020. She made the announcement in a video posted to her social media accounts on Tuesday morning.

Abrams shot to the national spotlight after her close run for Georgia's governor seat. She also gave the Democratic response to President Trump's 2019 State of the Union.

In the video, Abrams said, “I am announcing today that I will not be a candidate for the United States Senate.”

The video goes on to talk about how she doesn’t think being in the Senate will accomplish what she feels needs to happen at this moment. However, she made it clear that she will fight for a democrat to take Senator David Perdue’s seat. 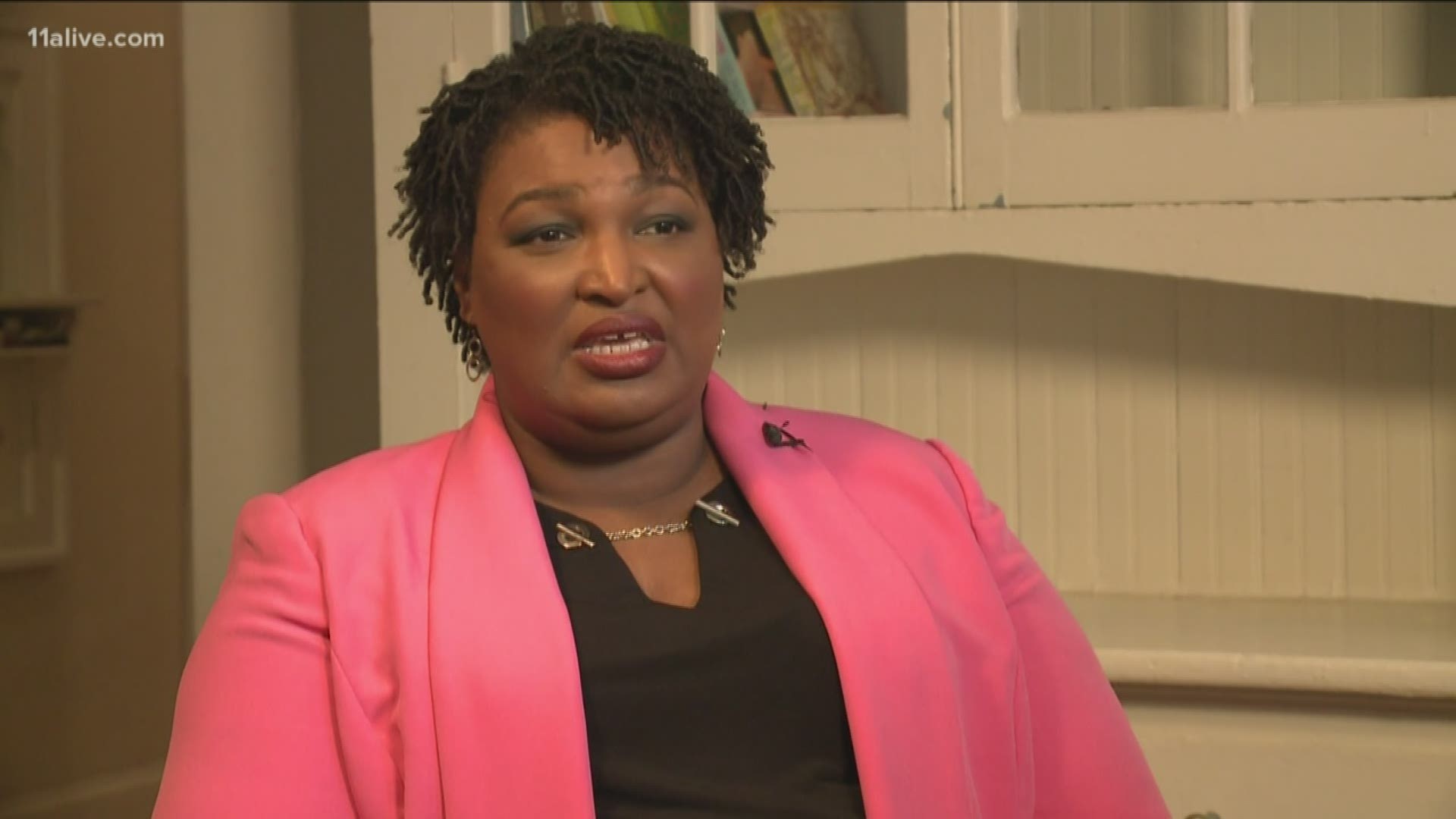 “I will do everything in my power to ensure Georgia elects a democrat to the United States Senate in 2020. Make no mistake, Georgia deserves a U.S. Senator who sees and understands the needs of all Georgians. Someone who won’t diminish the real worries of our citizens with insults to excuse his inaction,” she said.

Abrams imposed an April 30 deadline to announce if she would be running for U.S. Senate or even the White House in 2020.

If Abrams decides to run for president, she would join a very crowded democratic race – one that already has 20 candidates. Abrams has said in the past that she wants to choose a position where she can be most effective.