Sanitizer will be available and masks will be required to enter the polling center and will be provided if you don't have one. 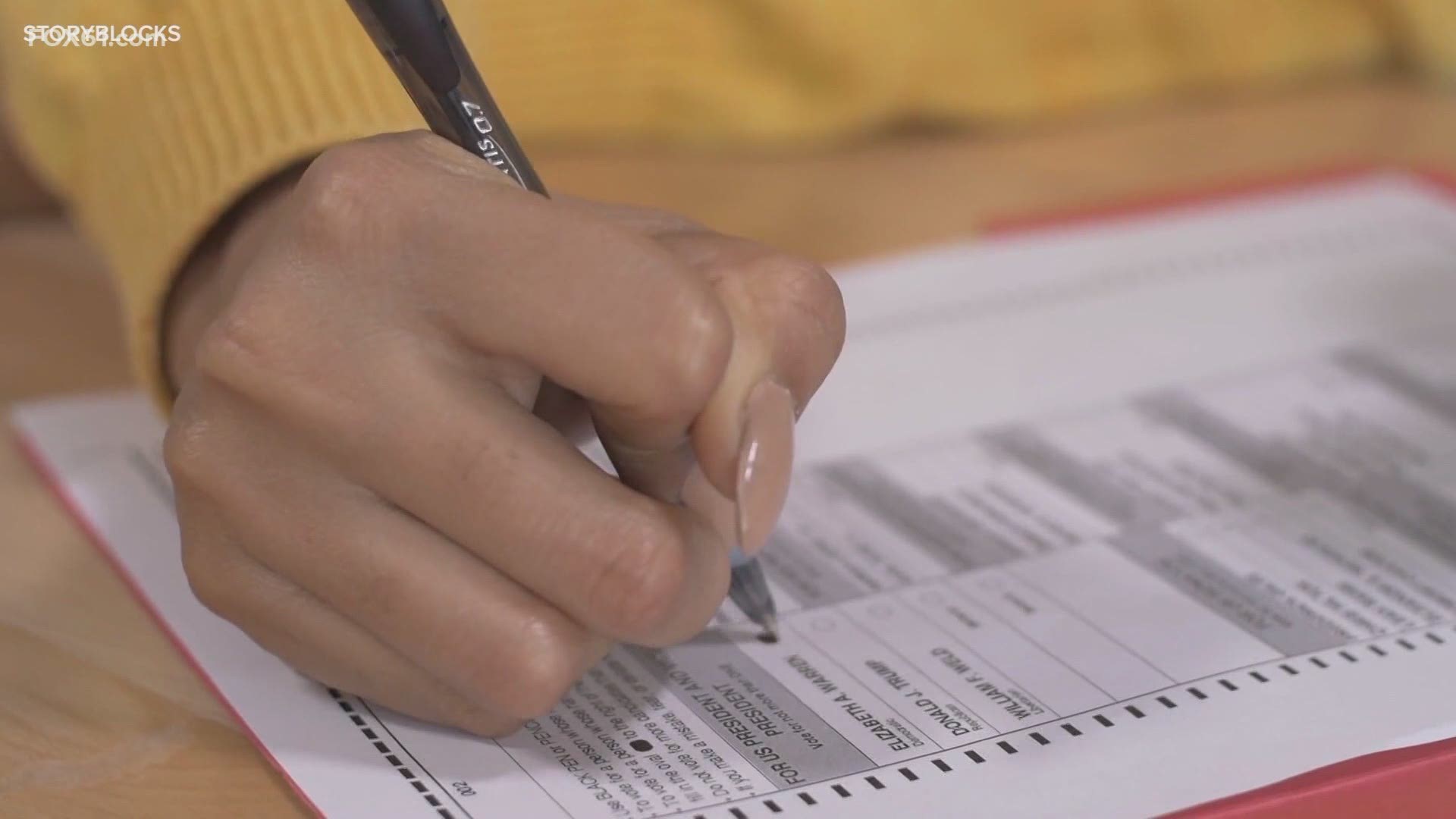 HARTFORD, Conn — With the polls officially opening for primary voting on Tuesday, a lot of people have already voted and the recent storm is presenting some challenges. On Monday Secretary of the State Denise Merrill joined the YWCA of Greater Hartford and other advocacy groups for a get out the vote caravan in Hartford.

Due to those complications and delays in the postal service, Gov. Ned Lamont has since signed an executive order allowing ballots postmarked by August 11 to be counted as long as they are received by Thursday, August 13.

RELATED: Everything you need to know about Connecticut’s primary election on August 11

Here’s what you need to know before you vote. To make sure you can vote securely, the state hired a election information security analyst to scan the dark web and social media for disinformation. The CT National Guard has also performed a cyber security assessment of each town’s election infrastructure. Secretary of the State Denise Merrill said, "They have the connectivity that we have to worry about when it comes to cyber security. So the National Guard has been helping us by going to every town that has the connection to our voter registry and making sure they are running the proper software." The Secretary of the State does admit that the voter database is showing age and needs to be enhanced. However, currently they are using two-factor authentication to prevent anyone from gaining unauthorized access.

To make sure you can vote safely, towns were asked town to submit a ‘safe polls plan’ outlining their cleaning protocols and physical voting barriers are deployed at five high volume voting centers. Sanitizer will be available and masks will be required to enter the polling center and will be provided if you don't have one.

Due to COVID-19, everyone can vote by mail during this election cycle. About 300,000 residents requested an absentee ballot. The Secretary of the State said she is hopeful "Even if you just got your ballot I don’t think I would trust the mail at this point. We have ballot boxes in front of every town hall. Your drop that ballot in the ballot box right through 8:00PM on Election Day and it will be counted," explain Secretary Merrill.

But for about 10,000 blind or print disabled Connecticut residents, a paper ballot is a barrier. Deborah Reed of the Connecticut Chapter for the National Federation of the Blind said, "There’s an easy solution to this. If the ballot was sent electronically we could use our additive technology such as screen readers and magnification to fill out the ballot, then print it up and mail it in like everyone else."

Seven polling places in Connecticut are still without power, including one in Waterbury. Timothy DiCarlo is the Registrar of Voters in Waterbury. He said, "It’s Crosby High School. Right now there’s an Eversource team there working on the building to restore power but should that not happen by 6:00AM tomorrow morning the fire department generator while is on its way there will be up and running." Secretary Merrill said, "Our other problem has been the town halls where they process things like absentee ballots, due the lists and all of that. There are several that still have no connectivity to the internet."

The polls are open from 6:00AM to 8:00PM. Connecticut does not have same day voter registration so if you haven’t registered yet you won’t be able to vote in the primary but can still register to vote in the general election.