Trump touted record-low unemployment across all demographics in the state as he continues his bid for reelection. 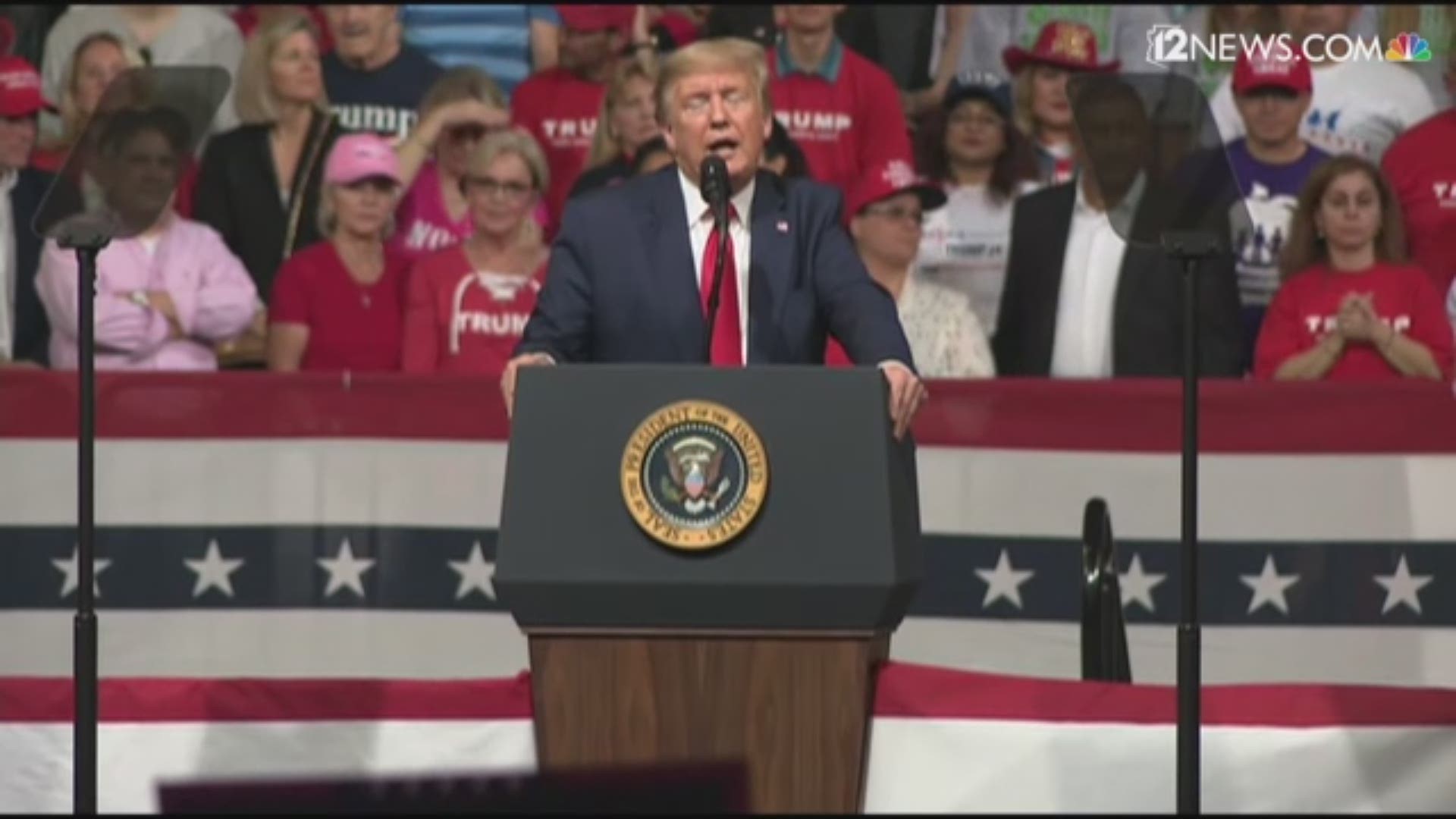 Trump touted record-low unemployment across all demographics in the state to cheers of "four more years" as he continues his bid for reelection.

“We are standing up for the people of Arizona,” Trump told the crowd. “We must devote everything we have towards victory in November 2020.” 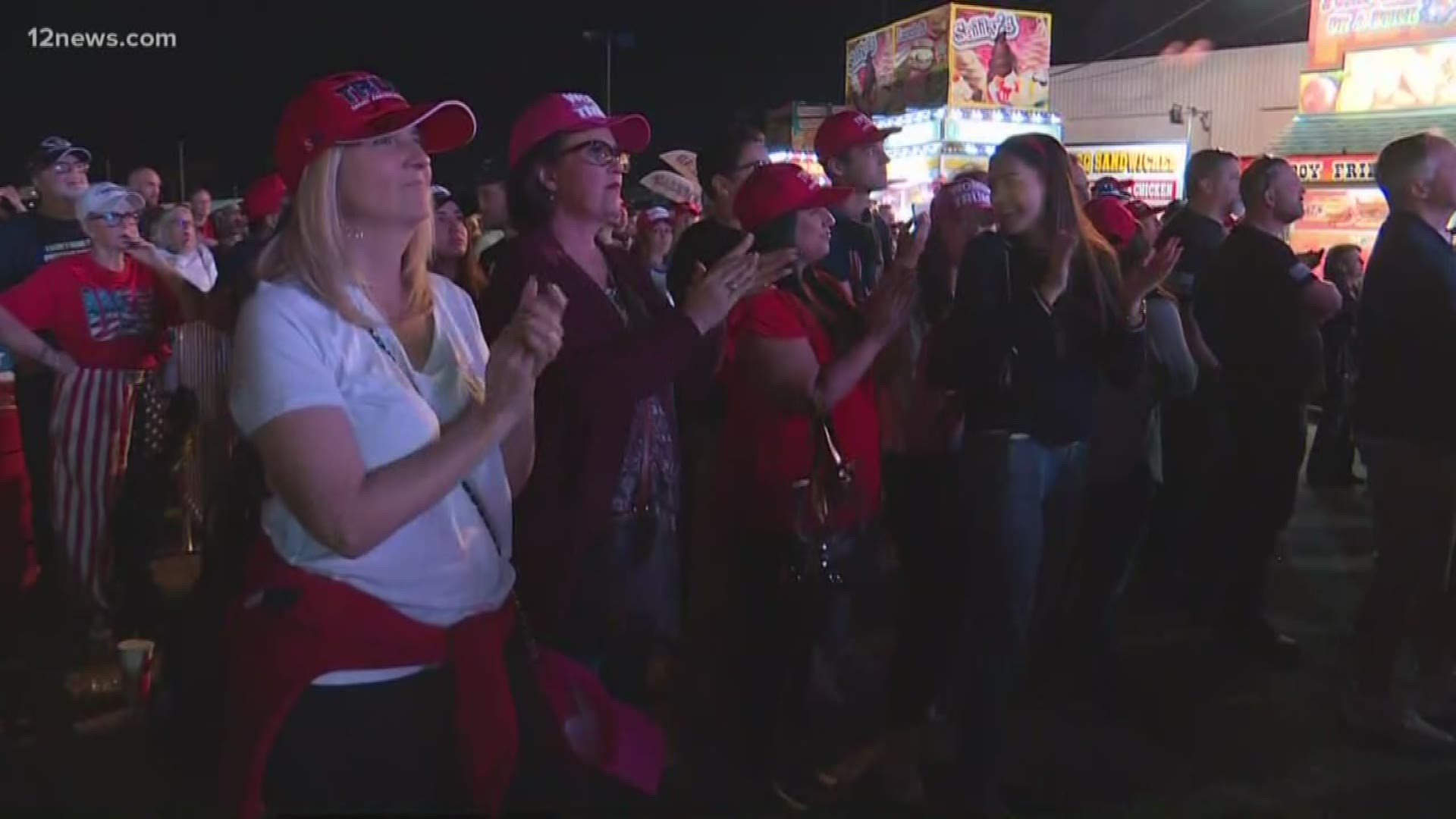 The 12,000-seat Arizona Veterans Memorial Coliseum was packed to capacity and thousands of supporters had to stay outside after the venue was filled.

Meanwhile, counterdemonstrations also took place outside the coliseum as the president spoke.

Trump reiterated many of his “America First” policies that thrust him into office in 2016. The president pledged a nationwide ban on sanctuary cities and promised to uphold gun rights should he be elected to a second term.

The president was joined by state Republican leaders including Gov. Doug Ducey and Sen. Martha McSally, who pledged her support for Trump as she runs to keep her Senate seat. 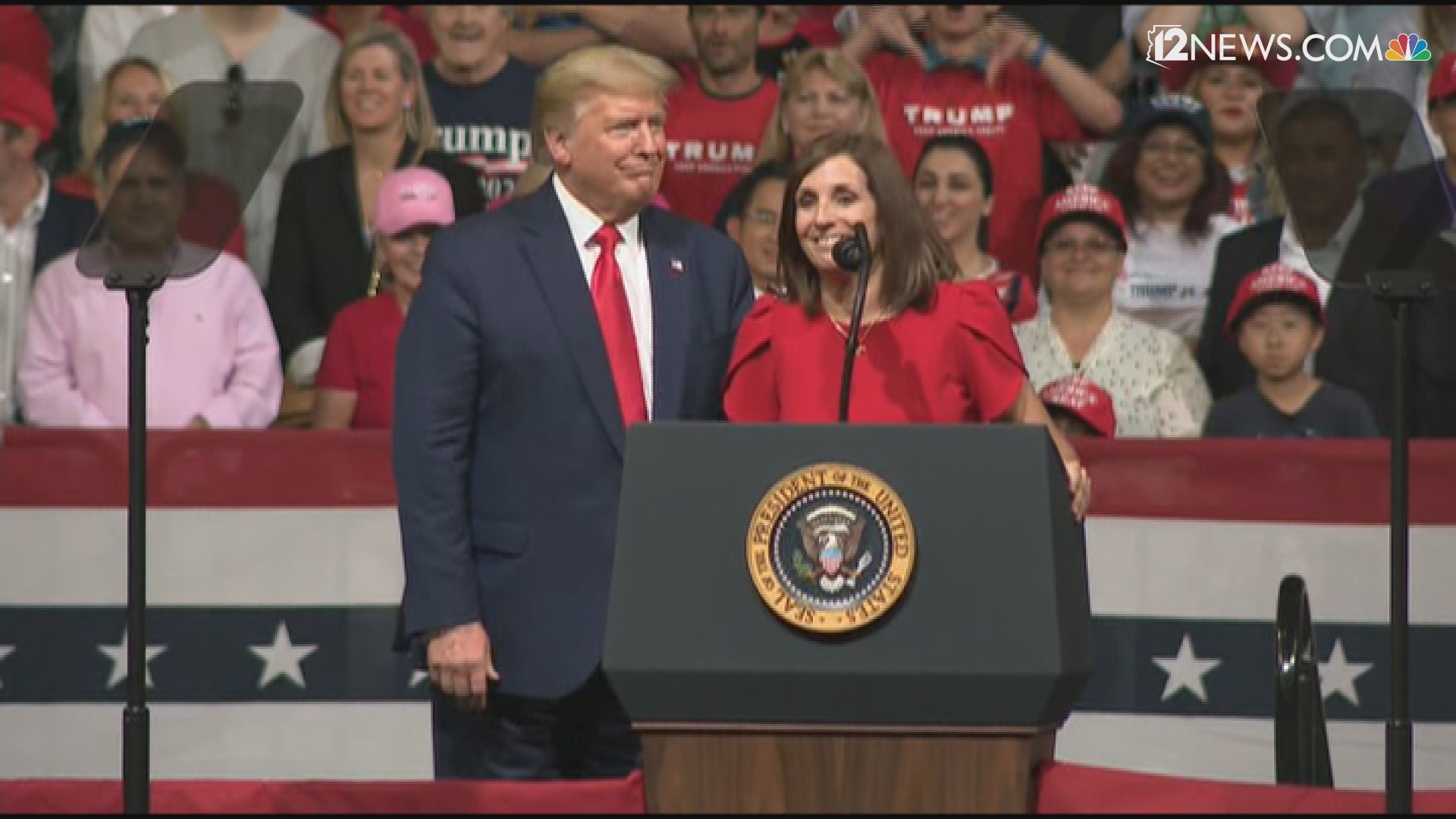 Once a deep red state, Arizona has morphed into a political battleground as both Republicans and Democrats work to rally their base ahead of the November election. 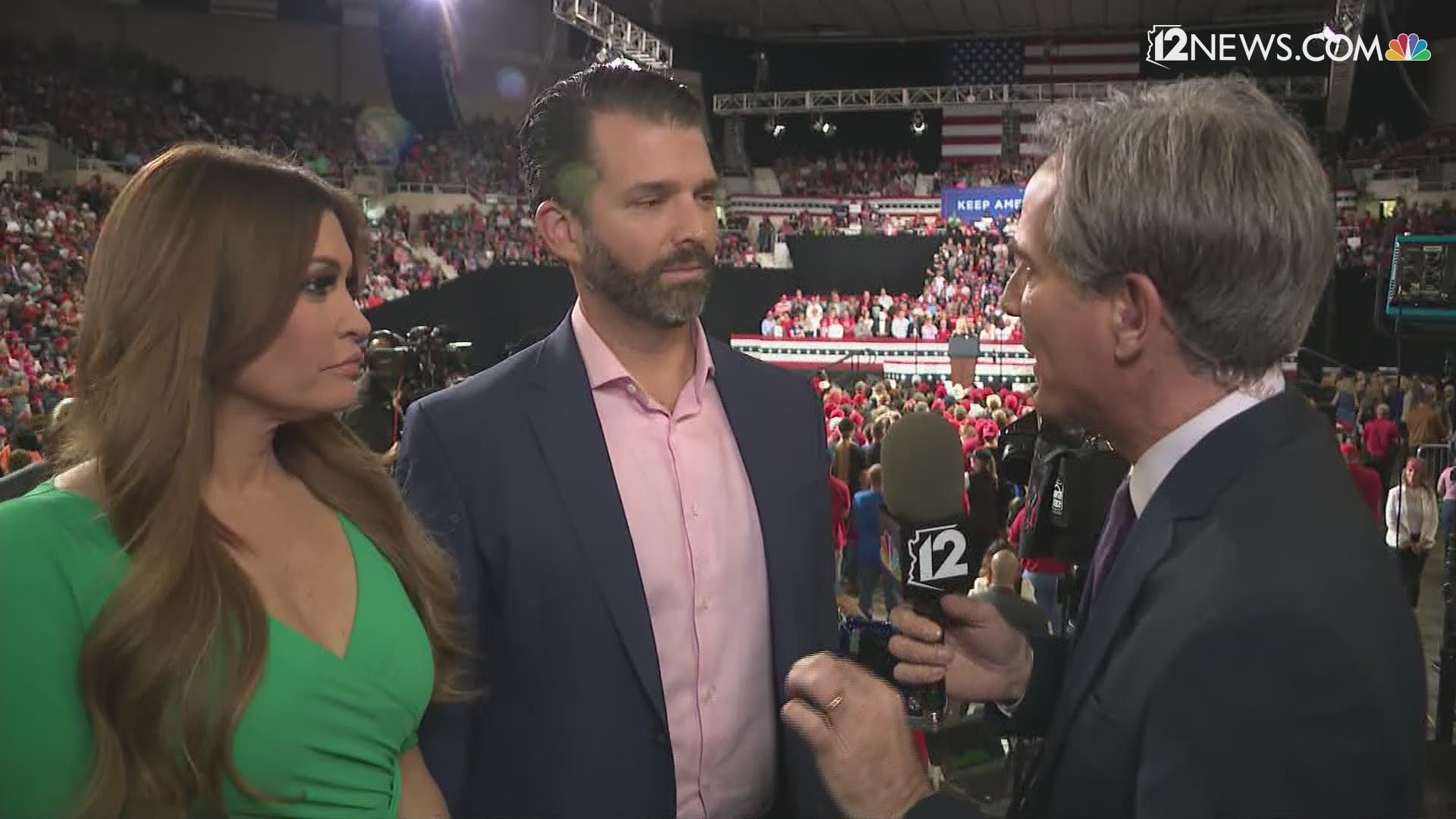 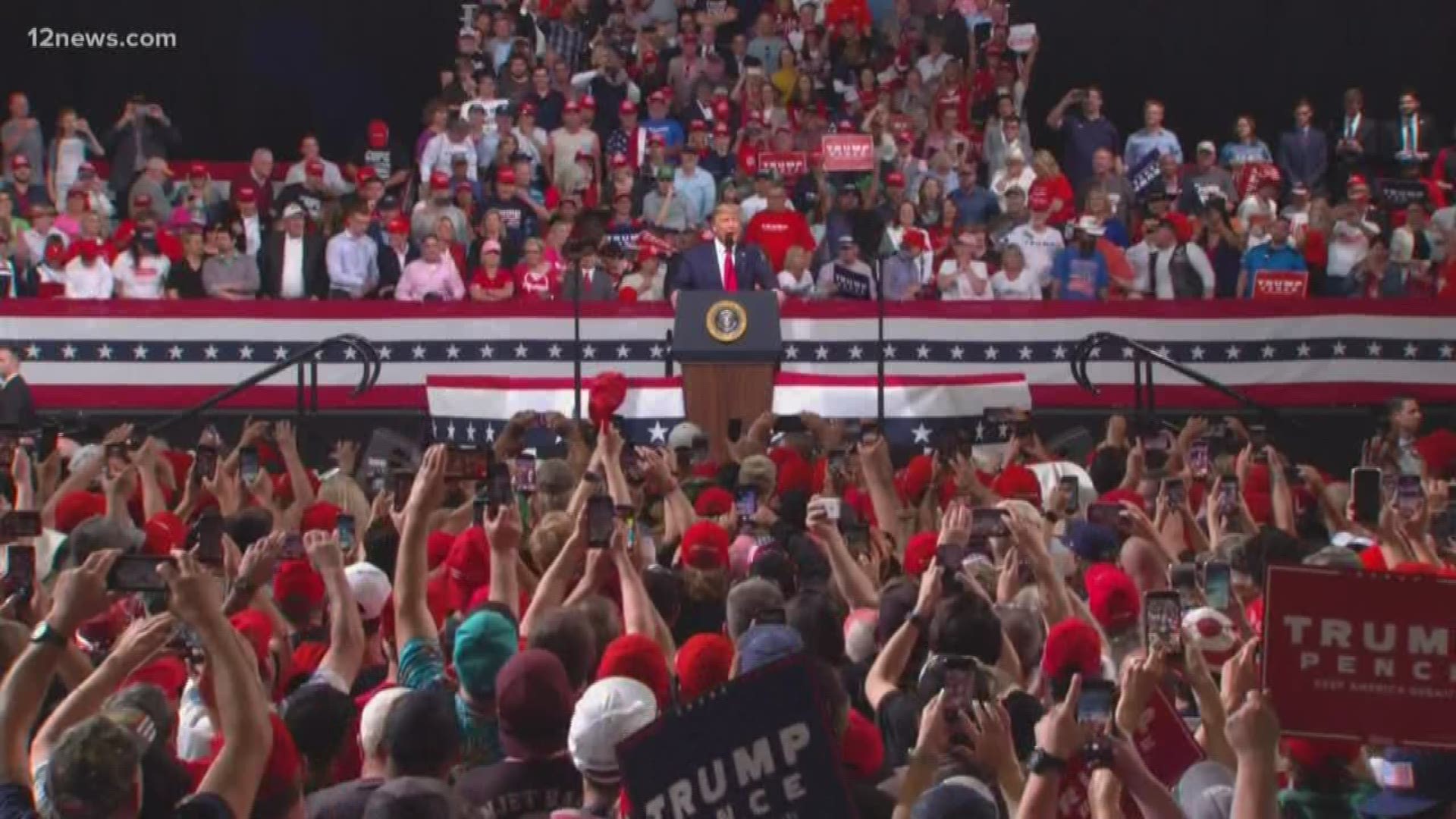 RELATED:
- Trump commutes ex-Illinois Gov. Rod Blagojevich’s prison sentence
- As Trump comes to the Valley, what about the money his campaign was billed by Mesa?
- Trump makes historic election-year visit to the Daytona 500