He said about Trump, “He is a danger to Americans and American democracy.”

U.S. Senator Richard Blumenthal called for the removal of President Donald Trump by means of the 25th Amendment Thursday.

Speaking from his Washington office, Blumenthal called on Vice President Mike Pence to start the process of removal. He said about Trump, “He is a danger to Americans and American democracy.”

He said the removal process was not started, the House should start impeachment proceedings. “Again and again, and again, he has ignored the rule of law.”

Congresswoman Jahana Hayes said in a statement, "The President bears responsibility for the actions that took place on January 6th and must be held accountable. The fragile foundations of our democracy and national security depend on our action. I am joining my colleagues in calling for the immediate removal of this President by invoking the 25th Amendment or ultimately impeachment.”

House Speaker Nancy Pelosi says President Donald Trump should immediately be removed from office or Congress may proceed to impeach him.

Pelosi on Thursday joined those calling on the Cabinet to invoke the 25th Amendment to force Trump from office. It came a day after a violent mob of Trump supporters stormed the Capitol, forcing the building into lockdown. Trump called them “very special” people and said he loved them.

She said at the Capitol: “The president of the United States incited an armed insurrection against America.”

Pelosi says he could do further harm to the country: “Any day can be a horror show for America.”

Democrats and some Republicans want Trump removed before his term ends on Jan. 20 with Democrat Joe Biden’s inauguration.

New Haven Boise Kimber held a press conference and called out the difference in treatment of the mob that stormed the Capitol and the protests in June in Washington following the death of George Floyd.

Blumenthal said Republican legislators have been complicit in the actions of the president in the past.

Speaking about the riots at the U.S. Capitol, Blumenthal asked why protective measures were breached when the Department of Defense knew of the preparations for the events of Wednesday. 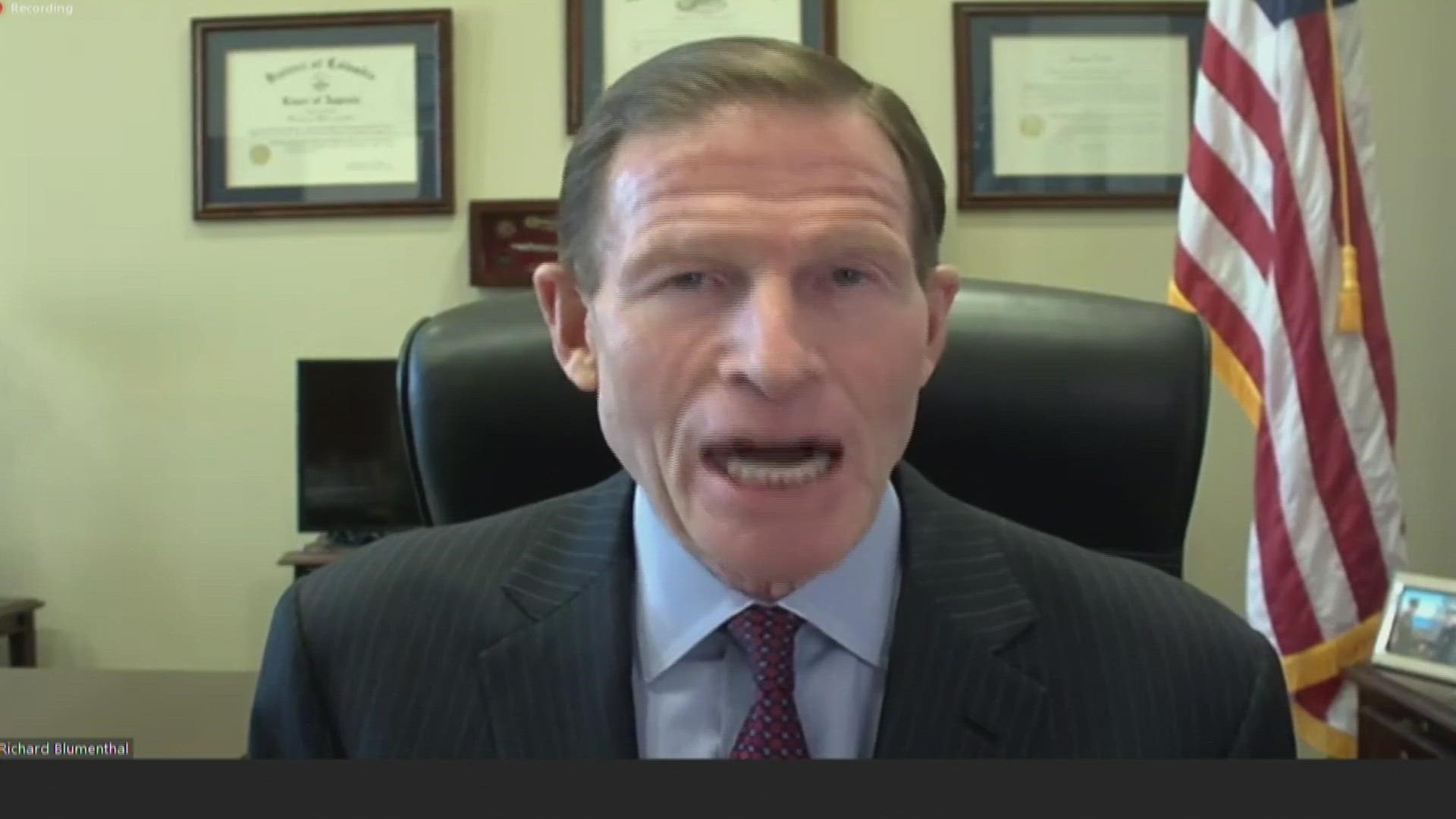