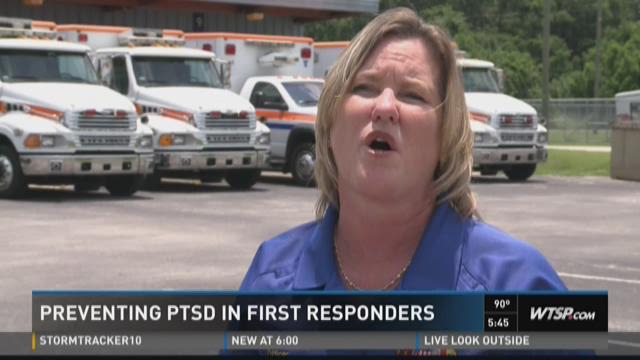 BARTOW, Fla. -- First responders put themselves in harm's way to keep you safe. Police officers, firefighters and paramedics who responded to the Orlando shooting were heroes, but that heroism can come at a personal cost.

"Even though your body tells you to run and hide and go the other way, you've got to ignore that and push in," Polk County Sheriff Grady Judd said.

Over his career, Judd has investigated gruesome murders and horrific car crashes.

Click here to read stories of the Pulse victims

The sheriff''s office and Polk County Fire Rescue have programs in place to help first responders deal with stress the stress that's unique to their jobs.

"One of the sayings we use with our crews is, 'The call's over. Are you over the call?'" Rosa Lalonde, Polk County Fire Rescue's team leader for its Critical Incident Stress Management program.

There are also psychologists available. The Polk County Sheriff's Office, as well as other counties in the area, has a similar program.