HARTFORD- A disturbing discovery was made in Hartford today. Gravediggers at the Agudas Achim Cemetery near the corner of Waverly Street and Tower Avenue, came ... 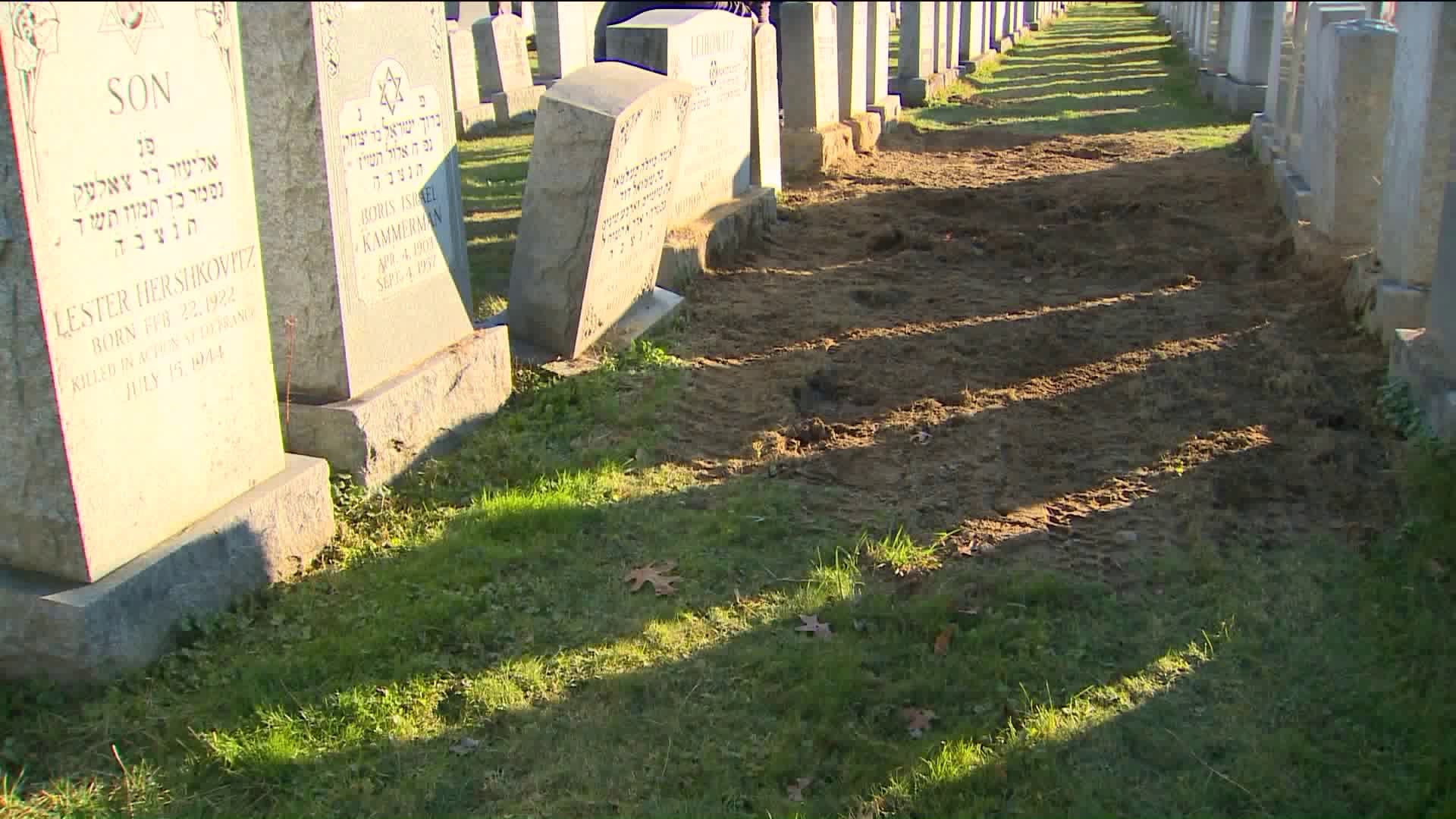 HARTFORD- A disturbing discovery was made in Hartford today.

Gravediggers at the Agudas Achim Cemetery near the corner of Waverly Street and Tower Avenue, came across a freshly dug up grave Monday morning.

“We look this way, we see a big pile of dirt, we’re the only ones that dig here, so we walked over here, come to find out, discovered there’s a hole here,” Agudas Achim gravedigger Tommy Valentin said.

Police have not released the identity of the remains, but the body- according to its tombstone- was buried back in the 1950’s.

The grave was dug up at least five feet deep with shovels and two birds were left behind, according to police.

“They found what appeared to be hand-dug grave, other words it wasn't done by machinery, it looked like maybe shovels, the grave looked like it was disturbed maybe three or four days ago,” Lt. Aaron Boisvert said.

Police are not sure why the grave was targeted, but for decades, the Agudas Achim Synagogue was located nearby on Greenfield Street, according to the Jewish Historical Society of Greater Hartford .

“This is disconcerting and upsetting. We don’t know yet the perpetrator or motive, and don’t want to speculate. We are grateful for the efforts of Hartford police and thank them for conducting a thorough investigation.”

No arrests have been made, but those responsible could face multiple charges including desecration and larceny.

The Hartford Police Major Crimes and Crime Scene Divisions are investigating this incident.