Repairs under way on Glastonbury restaurant after car smashes into building

GLASTONBURY — The race to rebuild is on at the popular restaurant, Two Hopewell after a car crashed into it on Friday night. “We were downstairs hav... 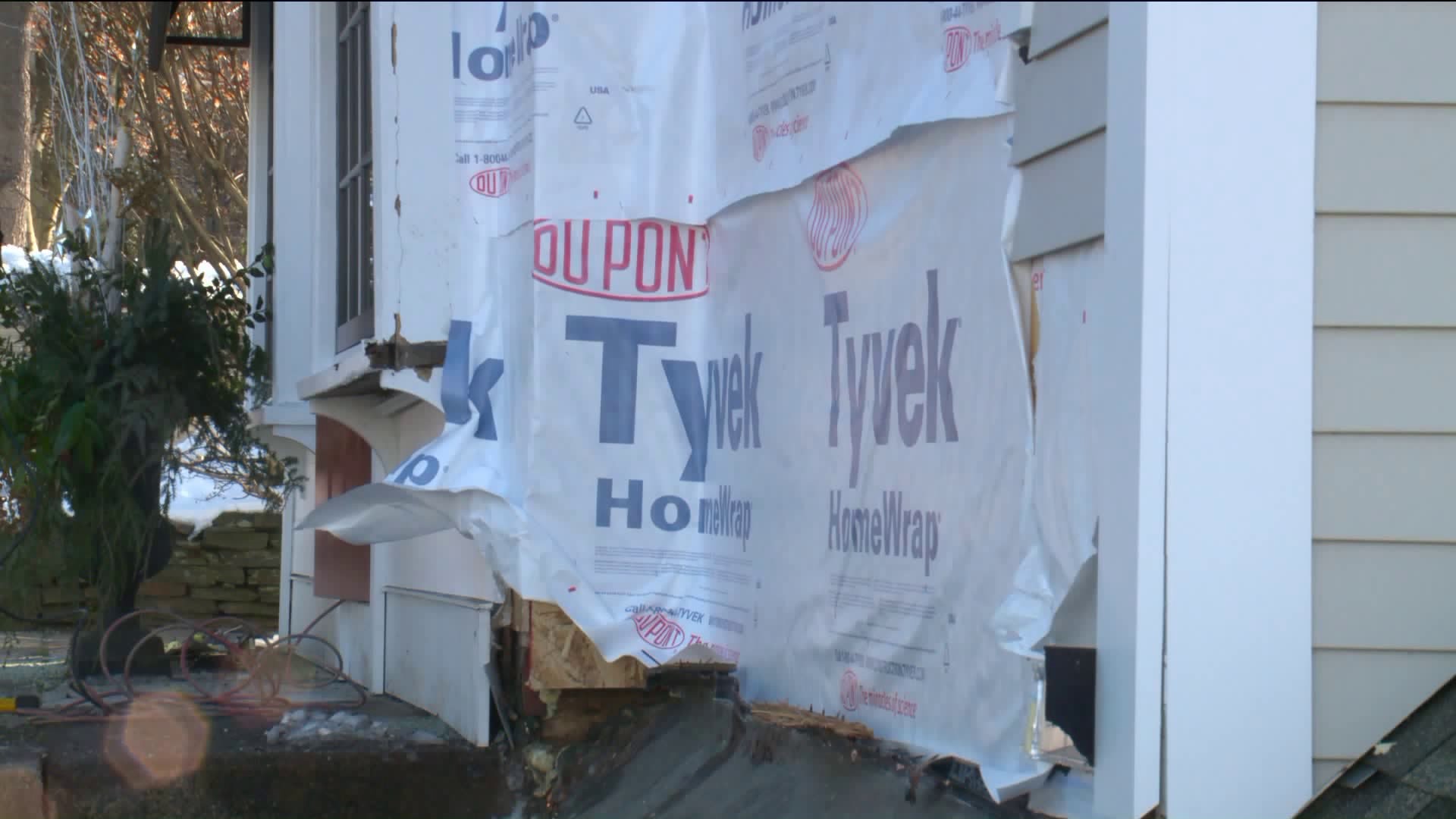 GLASTONBURY -- The race to rebuild is on at the popular restaurant, Two Hopewell after a car crashed into it on Friday night.

"We were downstairs having a meeting in our tavern and we heard a crash upstairs," said owner Bill Driggs. "Obviously it was a pretty loud crash and we went upstairs to find a car parked in the middle of our dining room," he said.

It destroyed the front of the building, the main dining room and business for the restaurant that's usually packed this time of year.

That's why it was so important for the rebuilding process to start right away.

"We came up with a plan and the race is on but we have a good group of guys here," said Driggs.

Sunday, crews were working inside and outside to get the restaurant back up and running, while support from the community poured in.

"My phone was going off as was the phones of a lot of people that work here with a lot of other local business owners offering their support and their help even to come clean up," said Driggs, "we got a lot of nice messages on Facebook on Instagram and a lot of people came out just to support us and say hello."

To customers, it's a staple in town, and they hope the crash won't hurt business too much.

"Oh it’s such a shame. It’s a great restaurant I’ve eaten there many many times and I thought what a shame in the Christmas season," said Sodergren.

Glastonbury police arrested 33-year-old Seth Peckham of Manchester for the crash. He is charged with driving under the influence.

The owner says he hopes to have the main dining room back open by Tuesday.