Sikorsky training the aerospace manufacturers of the future

STRATFORD — Day in and day out, Elizabeth Petrowski is busy working as a machinist at Sikorsky. It wasn’t long ago when she was at Platt Tech in Milford t... 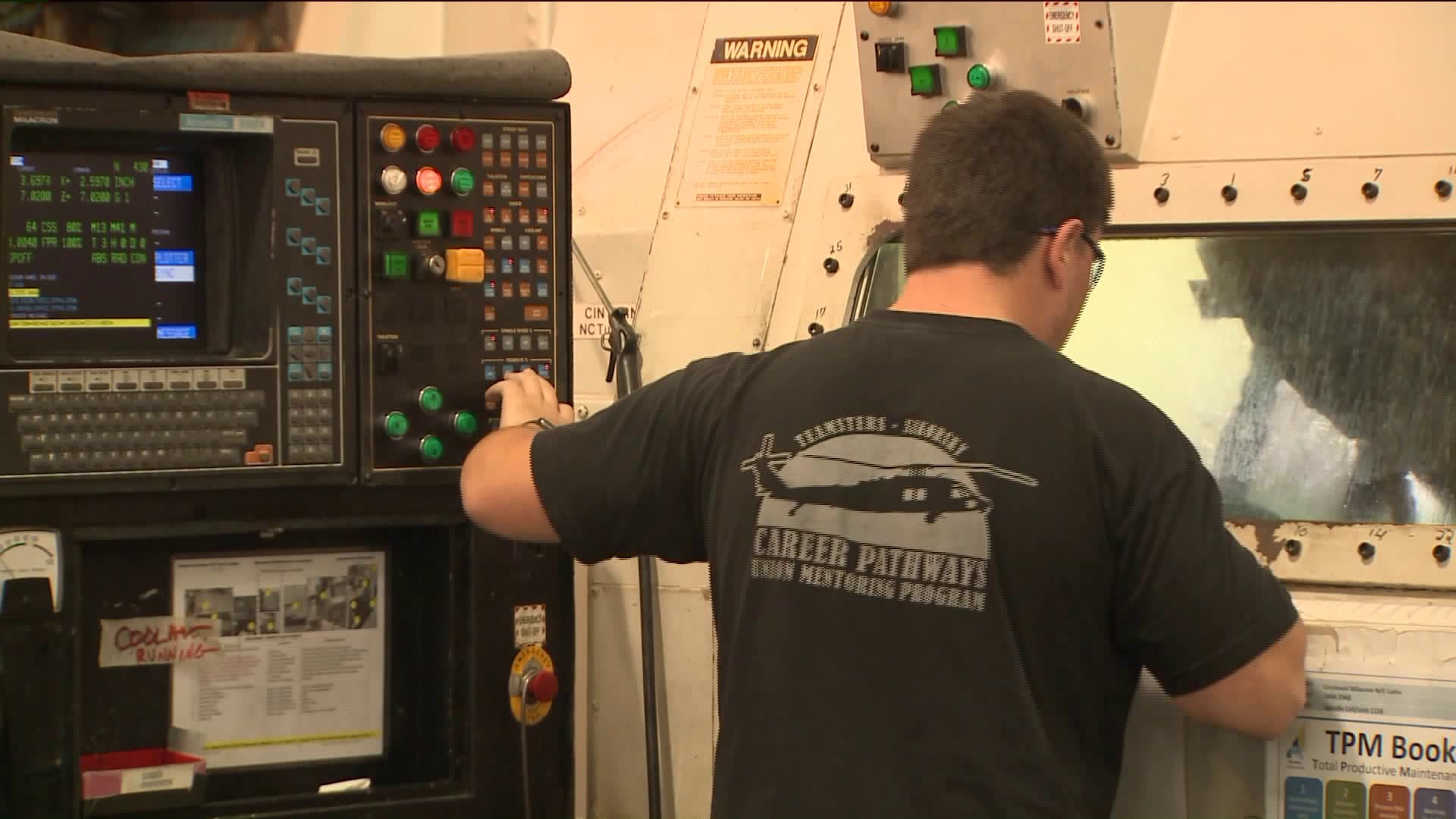 STRATFORD -- Day in and day out, Elizabeth Petrowski is busy working as a machinist at Sikorsky.

It wasn’t long ago when she was at Platt Tech in Milford trying to figure out what to do for a career.  That’s when her teachers and guidance counselors mentioned Sikorsky’s Career Pathways Program.

“Sikorsky has a very good reputation for its benefits and career opportunities, so right when I heard, I don’t know, it’s a very positive connotation with the name, so when I heard it, I was like, this sounds like something I’d definitely be interested in,” said Petrowski.

For two summers she participated in the program, learning the ins and outs of manufacturing at Sikorsky.

“I came in here and everybody was so welcoming, and it’s a very career driven, I feel like I can grow my career here, it’s a good environment to be in,” Petrowski.

The program started back in 2002, when the Teamsters Local 1150 from Sikorsky was looking for a way to introduce people to the union.  It’s grown into two eight-week courses filled with 640 pre-apprenticeship hours.  The students are made Teamsters, pay union dues and make a union wage.

“The students actually come in, they’re hands-on, they perform the same work the employees are performing.  They work under the guidance of a mentor, which has worked out extremely well.  Not only is it great for the student, but our members, that are getting the ability to pass on their knowledge, it’s really something that they look forward to,” said Rocco Calo, who is the Secretary, Treasurer, and Principal Officer of Teamsters Local 1150.

Mia Bridgeforth is a transmission mechanic at Sikorsky and a graduate of the Career Pathways program.  She’s now a mentor, passing along her knowledge to her mentee.

“I like to inspire people in the community.  Women as well, working in a male dominated area.   When I was working with her, I’d see so much of me in there, and it’s like ‘Oh my God’ I’m at the molding stage where I can prep her,” said Bridgeforth.

With the 2 million manufacturing jobs employers are looking to fill nationwide, Sikorsky says the program is also a good way to introduce students to the business.

“We’re competing with the likes of Google and Amazon and some of the Silicon Valley-based companies where students aren’t as excited about maybe coming here because they think it’s very old, traditional manufacturing.  So to have the new technology, to use lasers, to use VR, to partner with some of the software companies on the next level technology, helps us to recruit students who are excited about that, but who also understand what our mission is,” said Jay Bennett, VP Human Resources at Sikorsky.

Like Elizabeth Petrowski, who says she’s already well on her way in her career.  She has a full-time job and is going to Gateway Community College through the company’s tuition reimbursement program.

“A lot of my friends they’re switching their majors, they’re still trying to figure out what they want to, racking up the college debt, and they’re very jealous of me because I know what I want to do.  I have my goals set, and they’re realistic because I have a place where I could move up.  I’m already at a company where I can move up,” said Petrowski.

Sikorsky says out of the 48 students in this year’s program, 18 eligible students were hired for jobs at Sikorsky.  Lockheed Martin, Sikorsky’s parent company, says it’s committed to 8,000 pre-apprenticeship jobs nationwide through 2023.