FARMINGTON – Tuesday there will be a hearing at the Probate Court in Farmington to decide who should be in charge of taking care of Fotis Dulos’ Farmingto... 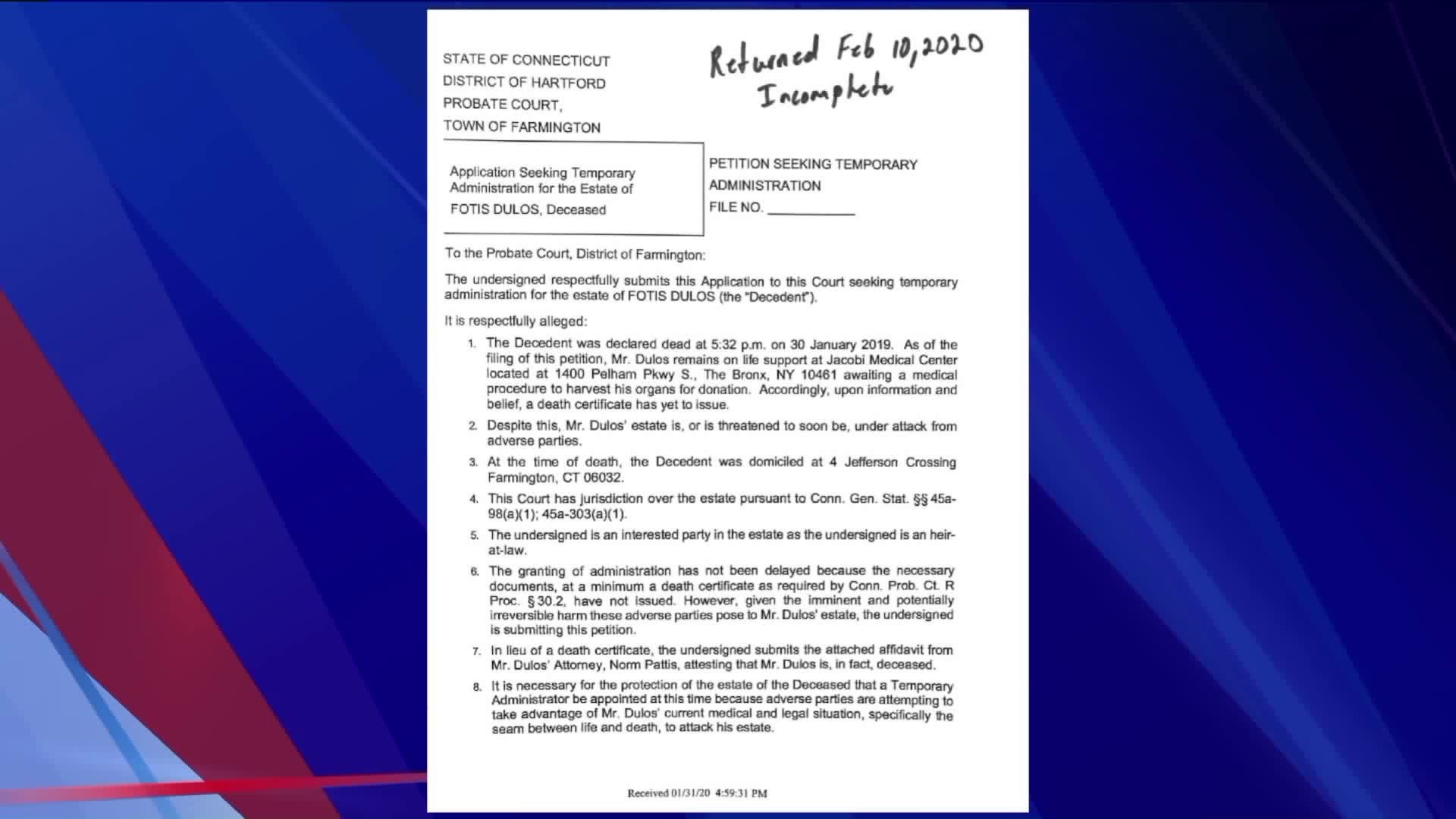 FARMINGTON – Tuesday there will be a hearing at the Probate Court in Farmington to decide who should be in charge of taking care of Fotis Dulos' Farmington estate at 4 Jefferson Crossing. On Monday, FOX61’s Matt Caron sifted through the 36 page public filing of legal submissions.

We discovered a letter signed by Fotis' sister Rena Dulos just after Fotis died asking the court to appoint Christopher LaTronica, one of Fotis' attorneys as the temporary admittatur of the estate.

In the letter, Rena says Fotis' estate, "...is, or is threatened to soon be, under attack from adverse parties." She goes onto say it faces, "imminent and potentially irreversible harm..." Rena Dulos also says it is, "only the beginning of the wolves clawing at the door to Mr. Dulos' estate."

The court ended up appointing Christopher Hug as the temporary administrator.

The Faber estate did not object to that appointment. Hug has agreed to make an inventory of all Fotis Dulos' assets and has agreed not to sell any items or property.

The documents reveal Fotis Dulos' mortgage on the 4 Jefferson Crossing home is $2.3-million. It reveals Fotis did not pay $21,000 in property taxes and has unpaid utility bills.