Snow covered Collinsville dug out and pitched in

COLLINSVILLE — Sunday and Monday were all about the falling flakes. Tuesday was all about the cleanup. Connecticut communities came alive and manned their snow ... 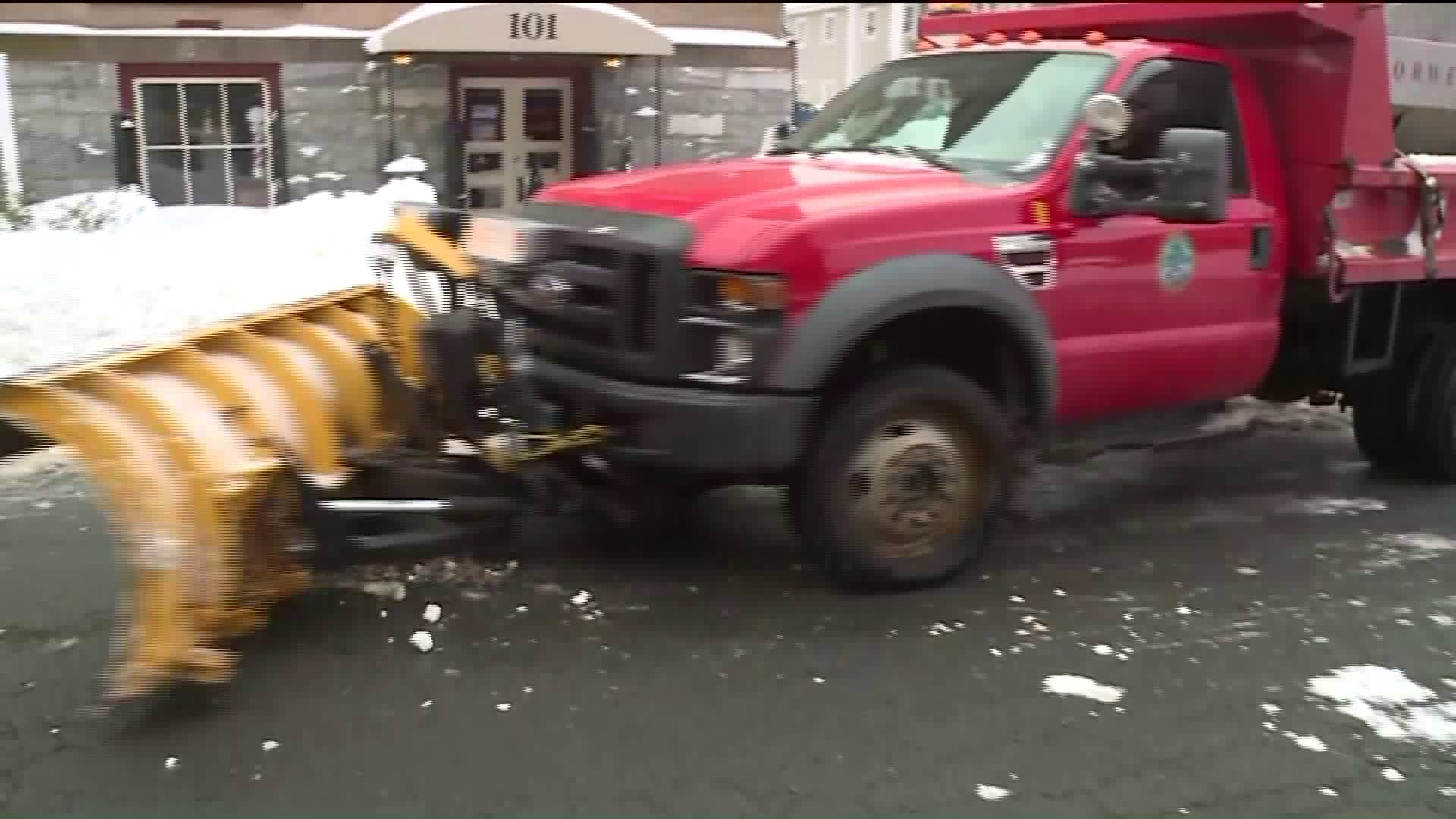 COLLINSVILLE — Sunday and Monday were all about the falling flakes. Tuesday was all about the cleanup. Connecticut communities came alive and manned their snow removal equipment.

The first major snow of the season always brings a certain charm to life in New England. North Central Connecticut got the most snow and people who Fox61 talked with took it all in stride.

“This is Zana’s first snow storm," said Maggie Cores of Collinsville who was home babysitting.

Dell Picking of Collinsville has been through many storms in his life.

“Grew up in Colorado so I’m used to snow like this,” said Picking.

The picturesque rolling hills of historic Collinsville were welcoming.

“Mountains galore and plenty to do,” said Cores.

He’s been sanding the streets for two days straight and he doesn’t have much time to enjoy the view.

“It’s never easy, especially when it comes to a snowstorm of this magnitude. It was two storms in a row,” said Papachristos. He’s gotten about 3 hours sleep in the last 48 hours and is being fueled by caffeine.

From the downtown to the neighborhoods, Collinsville was filled with the sounds of snow removal. Snowblowers and shovels.

“The biggest part was getting the trash and recyclables out,” said Picking. Paine’s Recycling & Rubbish was not to be deterred.

It was is a day to help your neighbor and do your fair share. If you are able. It’s not a bad idea to shovel out around a fire hydrant.

Christian Gonzalez was seen pitching in.

“Her car is covered up so we helped her. She will wake up to that. It’s a pay it forward kind of thing,” said Gonzalez.

With schools closed, some residents hunkered down for a pajama day.

“I’m hiding out in the house,” said Cores. But many others took to the roads, “Everyone is going crazy. No one is driving the way they normally drive,” said Gonzalez.

FOX61 placed a call to the Canton Police who said they did not have a spike in weather related accidents.