SOUTHINGTON—- A family in Southington is on the search for answers after their dog was plowed down by a car who then sped away. “They had to be going at least 4... 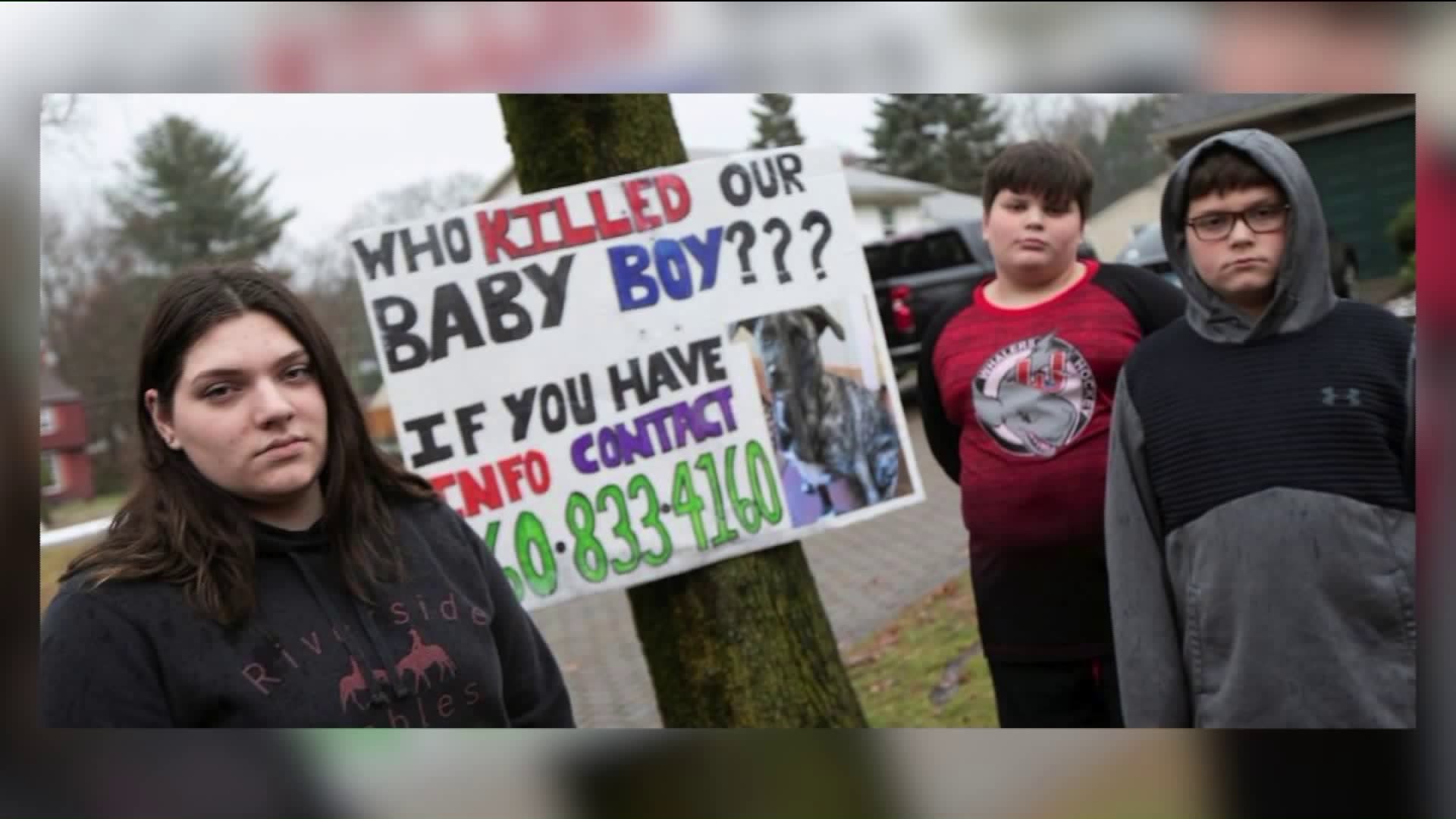 SOUTHINGTON—- A family in Southington is on the search for answers after their dog was plowed down by a car who then sped away.

“They had to be going at least 45,” said Diane Guay who is in one of the owners of Gator, the dog who was hit and killed.

The incident happened this past Wednesday, right in front of Guay’s home on Flanders St.

According to the family, Gator got out and dashed across the street, but after being called back that’s when everything happened.

“I screamed and my two sons saw Gator get hit by the car,” said Guay.

Guay went on to say that her two 10-year-old sons also saw the incident and all the family can remember is a black sedan speeding away after killing their dog.

“It was about right here when he was struck and if you see there’s a light so there is no way that the driver never saw him, so he had to be speeding and Gator ended up on the opposite side of the road,” said Guay.

Gator was just a year old when he was killed, now only toys, a bed, and a clay modeled paw print are left behind in his memory.

Peyton, the eldest daughter also sat down with FOX61 and says this was a hard reminder on how fragile life could be.

Peyton said, “It was an eye-opener for me and just the whole family on how sad and tragic life happens and things do happen.”

Peyton says she was there when Gator was pronounced dead which was an experience she says she wasn’t ready to face.

Guay says the family just wants closure at this time.

“We know our responsibilities but we also know the responsibilities of the person who hit him, so we at this time we’re just looking for some remorse would be nice, you know the children saw it will be nice for them to say sorry to the kids,” said Guay.

According to police the incident is still under investigation.

The driver could be charged and cited if found.

Police are asking anyone with information to contact them immediately.