GROTON —  Like so many couples it’s a day Liz and Dan have imagined for years. The dream just came true thanks to the generosity of friends and stra... 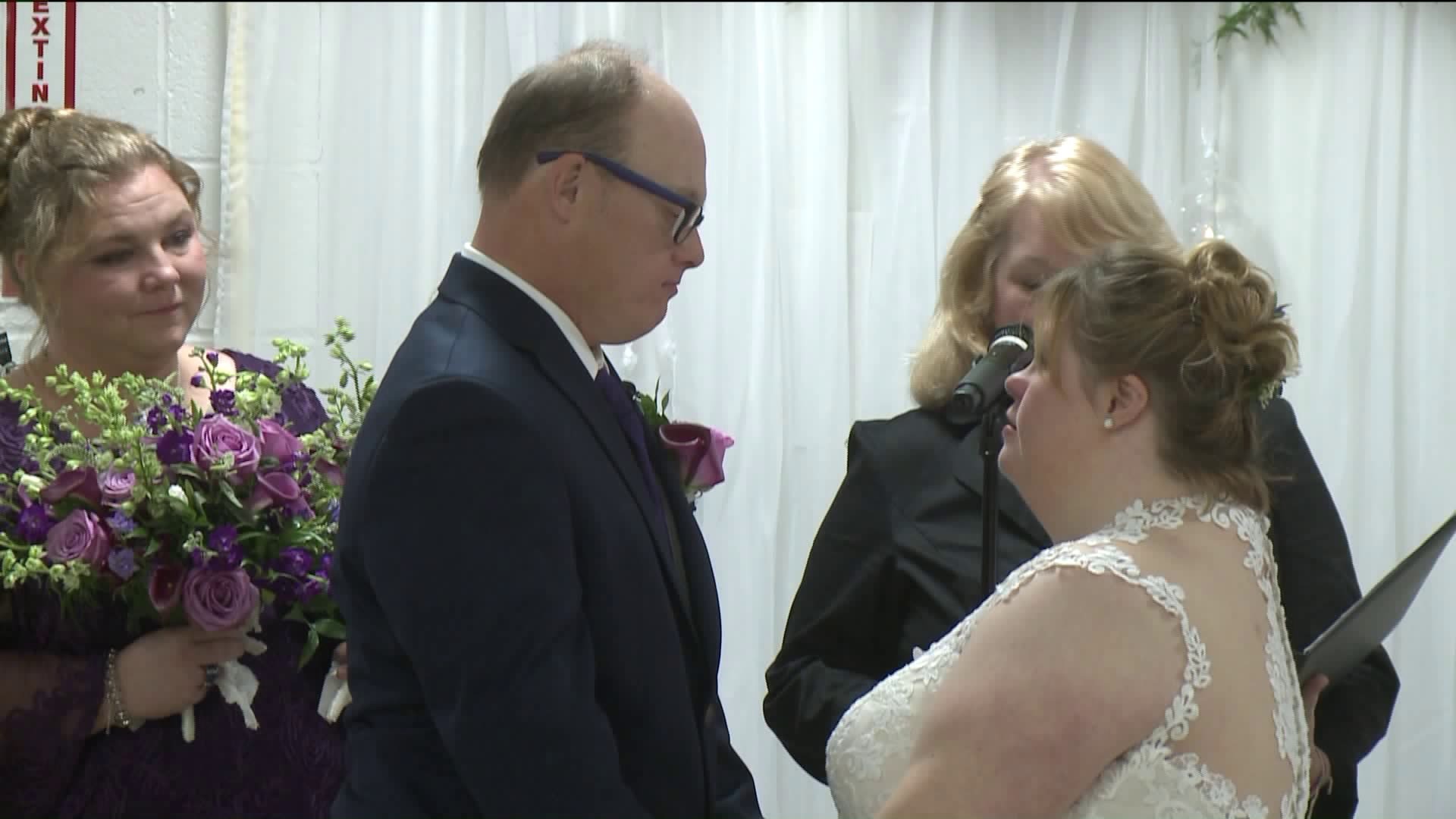 GROTON --  Like so many couples it's a day Liz and Dan have imagined for years. The dream just came true thanks to the generosity of friends and strangers.

"It was love at first sight," said Dan.

The Groton based couple are part of United Cerebral Palsy of Eastern Connecticut.  The non-profit assists people with a broad variety of physical and intellectual disabilities.

Dan and Liz live independently in the organizations residential program with support from UCP staff.

Their love story began about five years ago with classic dates.

"(We) watched movies have dinner and one thing led to another we wound up dating," said Liz.

Over time they wanted more and decided to hold the special ceremony.

"We deserve having a commitment ceremony," said Dan.

A photographer named Brenda De Los Santos was the first person they reached out to for their big day. She decided to make a Facebook post in effort to recruit more professionals like DJs, hair stylists, and bakers, to help Liz and Dan with their special day.

"You name it people were jumping at the chance really join in and do this ," said De Los Santos.

UCP staff went all in to organize the big day.

"I want people to understand that just because you have a disability doesn't mean that there's a roof on things," said Melissa Warner of UCP.  "The (possibilities) are limitless. I’m going to cry, I've never seen a couple that genuinely loves each other that much.”

Warner drove Liz to and from gown fittings took the couple to lessons donated by Arthur Murray Dance Studios.

So what changes now that they’ve made this commitment?

"I think outwardly nothing much will change but inwardly that’s where the real change is going to occur," said Warner. "In their hearts and they are going to have what every couple wants.”

"We`re just enjoying our lives and the commitment is for us and we`re happy with that," said Liz.