Special Olympic Athlete inspiring others on and off the court

GLASTONBURY – Sports have long given athletes a chance to compete. In that process, many have found themselves to overcome more than just what’s on the fi... 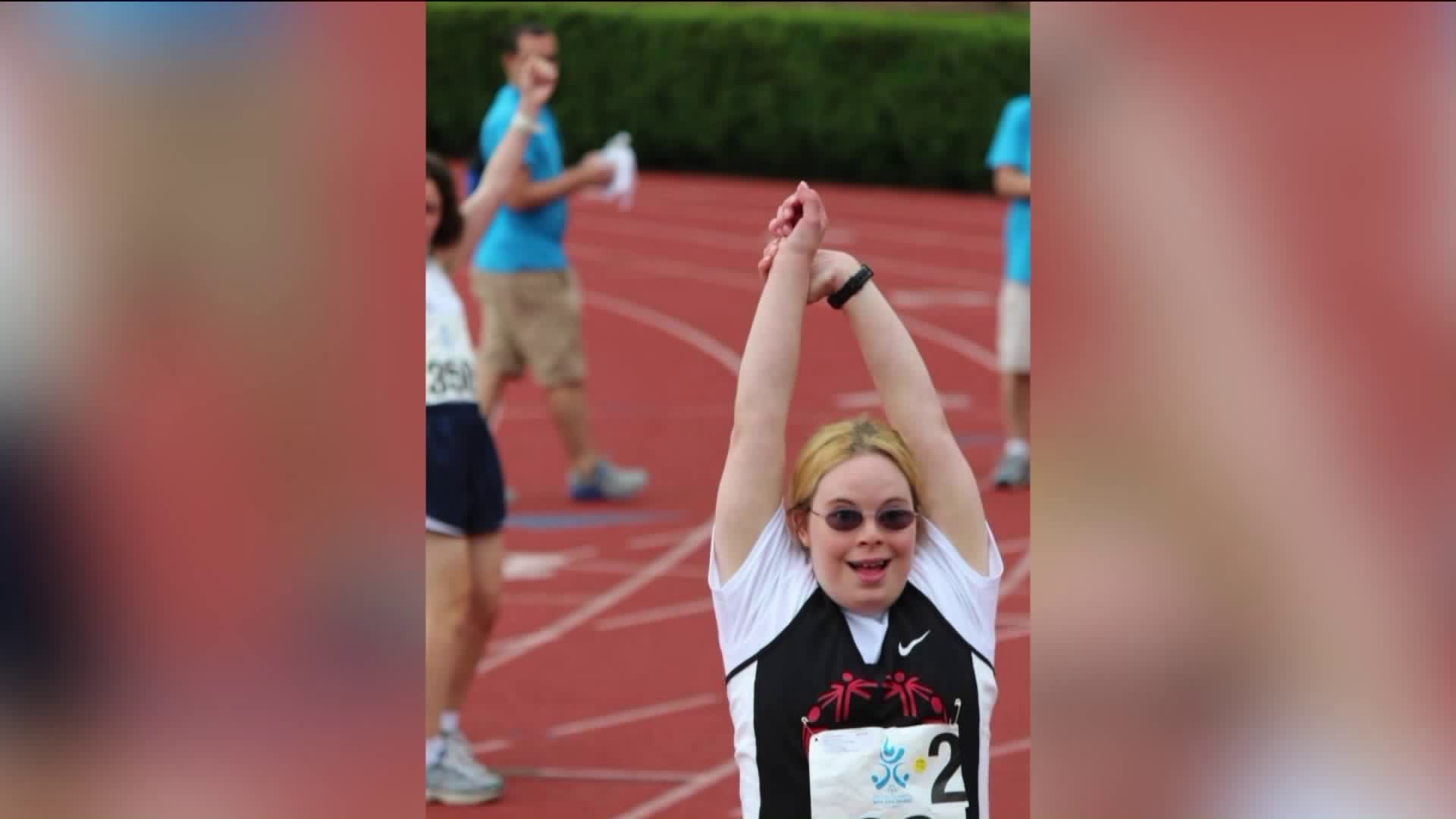 GLASTONBURY - Sports have long given athletes a chance to compete. In that process, many have found themselves to overcome more than just what’s on the field of play.

"I’ve got to say my favorite thing of everything is being able to compete," said Kimberly Malan.

The love of competition has attracted athletes to compete in the Unified Games for years. No matter the sport, they challenge themselves, work together and develop skills not only to be successful on the court but off it.

"Kimberly is definitely one of a kind," said her brother Craig Malan. "She loves sports, loves hanging out, being around people, being social and doing stuff with everyone."

For the last 20 years Kimberly has competed in the Special Olympics for the town of Glastonbury. Her team is taking to the court in preparation for the Special Olympics’ Unified Sports Holiday Classic. There they will compete against 2,300 other athletes in a weekend of games. This practice just so happened to fall on her 33rd birthday.

Kimberly grew up playing sports at home with her four younger brothers. She watched them play on teams together but hoped one day to get the opportunity to compete with them.

"Joining Special Olympics gave us a chance to play with Kimberly on the same team as her and watch her develop as an athlete," said Craig.

Over the years they have participated in a number of sports together. They’ve shared countless memories from State tournaments to the 2014 National Special Olympic Games. Even when they aren’t playing together, her brothers never miss a game.

"It’s really special to have my family with me, supporting me and they’re always on my side cheering me on in every sport that I'm competing in," said Kimberly.

"It’s definitely a rewarding feeling and definitely rewarding to know that she’s having all that fun," said Craig.

Participating in the games has given Kimberly confidence, new friends and has helped her grow into a leader among her peers.

"What people don’t understand is people like Kimberly want to work and they will show up every day and do the job and not complain because that’s what they want to do," said Howard.

She has watched Kimberly’s self-esteem grow and go above and beyond. Kimberly has taken over a leadership role with her coworkers just like she’s done on the court.

"I like helping people when needed and if they can’t find something I’m right there to help," said Kimberly.

Kimberly’s big heart led her to become a medical volunteer for the Special Olympics. Her brothers, who work in the medical field, right by her side.

"All my siblings and I look up to her and try to be more like her," said Craig.

Someone with a heart of gold brighter than any medal.

"I want to set a great example not just at work but also at the Special Olympics," said Kimberly.