While the plan to dismantle MPD has not been put before voters yet, Mayor Frey and Chief Arradondo made several changes to MPD policy since Floyd's death. 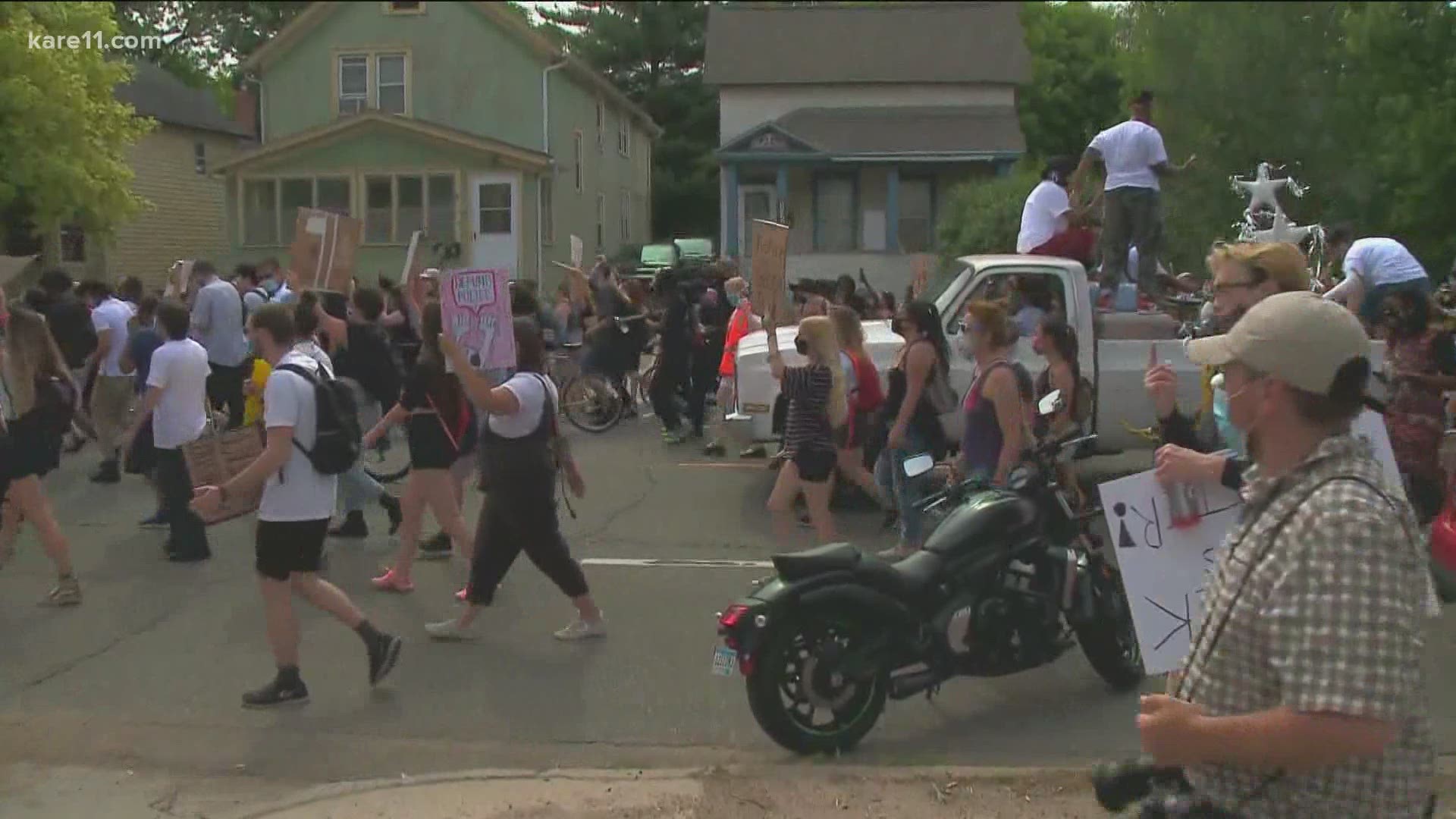 MINNEAPOLIS — Protesters have called for the defunding of police before.

But after the death of George Floyd, in Minneapolis, it became a very real possibility.

“This council is going to dismantle this police department,” city council member Jeremiah Ellison said from Powderhorn Park when the movement kicked off.

“A public health approach to public safety treats violence as a contagious disease. And like any other infectious disease, it can be prevented and treated,” council member Phillipe Cunningham said last summer.

Mayor Jacob Frey did not agree with that approach.

“I am absolutely for a massive shift in how the police department functions. I'll say it again. Am I for abolishing the entire police department? No, I'm not and I'll be honest about that, too,” Mayor Jacob Frey said last summer.

RELATED: Power to Change: The Legacy of George Floyd

While the plan to dismantle MPD has not been put before voters yet, Mayor Frey and MPD Chief Medaria Arradondo made several changes to MPD policy since Floyd was murdered.

“That's everything from overhauling our use of force policy to make it as stringent as possible under state law to embedding a city attorney in the disciplinary process, making sure that these disciplinary actions are expedited as much as possible,” Frey said in a May 2021 interview with KARE 11.

“Those were changes that perhaps were overdue. But the particular moment allowed us to push a whole lot of things forward in quick progression,” Frey said.

More than 200 MPD officers have left the department since George Floyd was killed – and violent crimes in the city have gone up.

Those are factors that make reforms trickier – and create more disagreement on the best way to handle it. Every idea and every change is met with controversy and criticism.

“I believe in deep structural change to how our police department operates. I also believe there is no quick fix. No easy solution. You can't wave a magic wand and everything is suddenly better," Frey said. "And there's not hashtag that's going to suddenly fix everything that we're dealing with right now. So I think what people are looking for right now is a level of authenticity. A level of honesty about the situation that we're dealing with. And specificity as well."

The defund and dismantle movement in Minneapolis has not gone away. Voters will likely get a chance to decide on the future of policing for themselves if the question makes it to the November ballot.

On that same ballot, voters will have a chance to weigh in on the future of the leadership of the city, as Mayor Frey – and the city council members – are all up for re-election.

MPD Chief Arradondo declined to be interviewed for this story.

Council member Cunningham, the chair of the public health and safety committee, did not respond to KARE 11’s request for an interview.