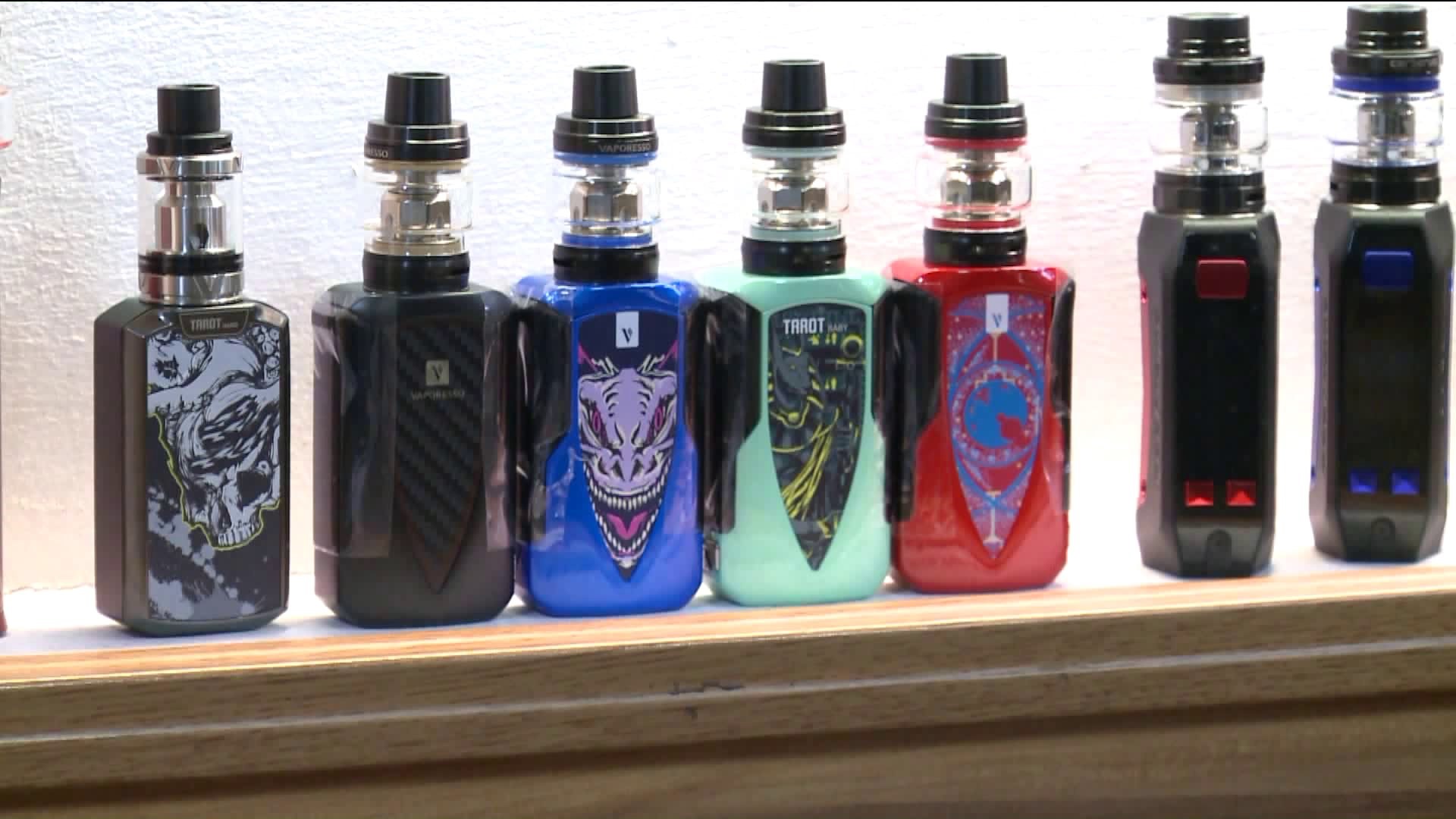 At the same time, Connecticut's leaders are urging the attorney general to file a lawsuit against one of the biggest vape manufacturers in the country, Juul Labs.

State Senator Saud Anwar claims there’s a case to be made the Juul used deceptive and misleading marketing.

“Juul has engaged in unscrupulous practices that have essentially hooked a substantial portion of a generation on the highly addictive chemical nicotine,” Sen. Anwar said in a letter.

He continued by noting Juul’s candy- and fruit-flavored vaping products are appealing to youth and do not clearly state their products contain high amounts of nicotine.

In a press conference held at the State Legislative Office Building, Senator Richard Blumenthal led a number of experts like Senator Anwar, who is also a practicing physician.

“A vaping epidemic is sweeping America,” Senator Blumenthal started.  “We know from studies that have recently appeared that Juul actually concocted  a mixture of nicotine and acid , nicotine salt, to make their products more addictive.”

A series of letters have been sent to the Food and Drug Admiration and Chief Executive Offices of Juul Labs Inc, by Senator Blumenthal.

Each letter asking a series of question seeking a response to new reporting from Reuters which found Juul made a concerted effort to hook children on their products and reporting from Buzzfeed which alleges that Juul knowingly sold tainted products.

FOX61 learned that in his letter to the FDA, Blumenthal urges the FDA to utilize their oversight abilities to regulate e-cigarettes, citing their failures to do as a contributory factor in the development of the e-cigarette epidemic.

“Juul’s reported lack of accountability and concern for consumers represents a systemic problem within the company, and FDA’s lack of oversight has obviously allowed this to develop," Blumenthal wrote. "If the FDA had implemented the pre-market review provisions, the agency would have been able to identify these addictive features prior to Juul hooking millions of children.”

“As the saying goes, actions speak louder than words, what we are seeing is empty promises and window dressing from this administration, words without action,” Blumenthal said.

A survey conducted in Connecticut found around 19% of freshmen admitted to trying vaping products and that number surging amongst high school seniors – to almost 40%.

Education leaders say what’s even more alarming are the devices that allow for more discrete smoking and vaping habits.

“Parents really have to be vigilant, and looking at what’s in their child’s room and what’s being brought in,” State Department of Education head, John Frassinelli said.

“This is our collective responsibility, the FDA has not done their job, the state of Connecticut has to do a little bit more because the FDA is absent right now. We have our own children in our state that we need to protect," Senator Anwar said.