HARTFORD — State Police released the 9-1-1 call from a woman who was locked in luggage compartment of Peter Pan bus . STATE POLICE: 9-1-1 Location of your... 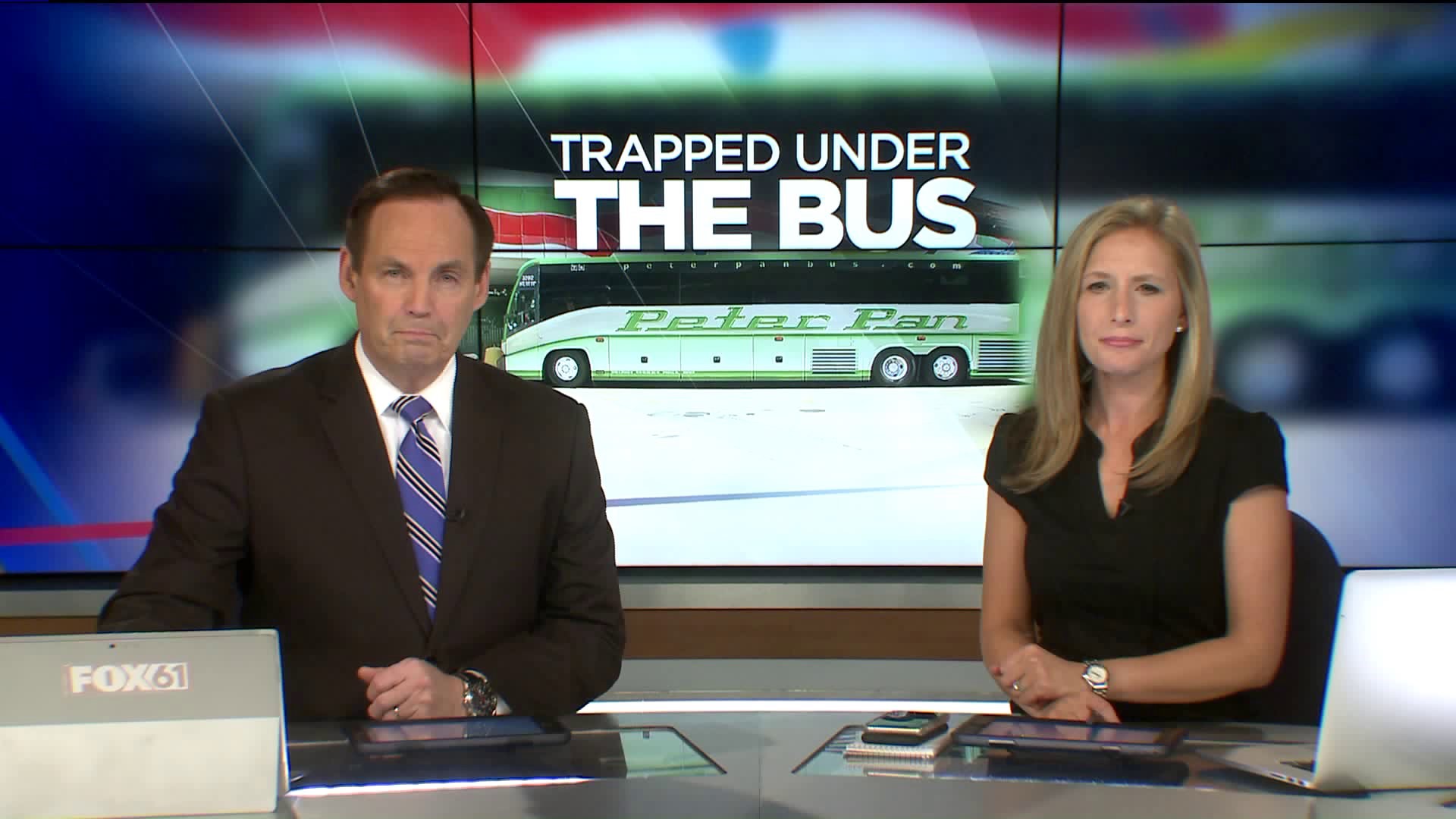 HARTFORD -- State Police released the 9-1-1 call from a woman who was locked in luggage compartment of Peter Pan bus .

STATE POLICE: 9-1-1 Location of your emergency

CALLER: Yeah, hi, I have no battery left. I’m not ok, the bus driver locked my underneath the bus on the Peter Pan bus going enroute to Boston.

CALLER: Can you hear me?

STATE POLICE: Right…The bus driver is under the bus?

CALLER: No, she locked me under the bus with the luggage

STATE POLICE: She locked you UNDER the bus?

CALLER: Yes, Yes. She locked me under the bus with the luggage and I’m afraid. I don’t know… I’m afraid. Nobody knows where I am.

STATE POLICE: Where is the bus?

CALLER:  Okay it’s a Peter Pan Bus, I don’t know, we just left Hartford. We just were stopped in Hartford, I got out, and went to go get something. My phone’s gonna die, I have no battery, and she put me, I went to go get something and she closed the door, and we’re riding Peter Pan bus, en route to Boston. It’s supposed to get there, I don’t know, at 6. I’m so scared, please help. 0:56

CALLER: Please, is there somebody actually going to be able to help?

*Troop C to any car on 84 Eastbound. I have a female locked in the underside of a Peter Pan bus. The 9-1-1 is pinging just coming up to Exit 70 now, Eastbound.

STATE POLICE: Do you know what color the bus is, hon?

Troopers were able to locate the bus and pull it over at Exit 70. The trooper talked to the male driver of the bus. When he opened the luggage compartment, the woman who called police climbed out.

She declined medical attention and told police that she had been purposely locked inside by a female bus driver, while the woman was attempting to retrieve something from her bag.

A passenger on the bus, Caroline Van Allen, of Boston, said she saw the woman who had been locked in the compartment in the line for the bus in New York. She said she got on in New York City and was riding to Boston. The bus made a brief stop in Hartford and the next thing she knew, they were being pulled over on I-84 east of Hartford.

Van Allen said that a couple of unmarked Connecticut State Police cruisers came up and pulled the Peter Pan bus over. The troopers opened the luggage compartment and the first thing she saw was a large backpack with half the items out – pushed out. Then a young woman – in her mid-20’s came out of the bus. She was escorted to one of the cruisers and remained there.

The troopers spoke to the driver outside the bus and after about 75 minutes, she left with police – not in handcuffs – and another Peter Pan driver – also on the bus resumed the journey. They arrived in Boston a couple of hours late. No one from Peter Pan told anyone on the bus what was happening.

The charged against the female driver, Wendy Alberty, 50, were dropped, according to The Boston Globe. She was originally charged with breach of peace, reckless endangerment and unlawful restraint.