MIDDLETOWN — Connecticut State Police have released body camera footage of a State Police sergeant who was involved in a serious crash last month in South... 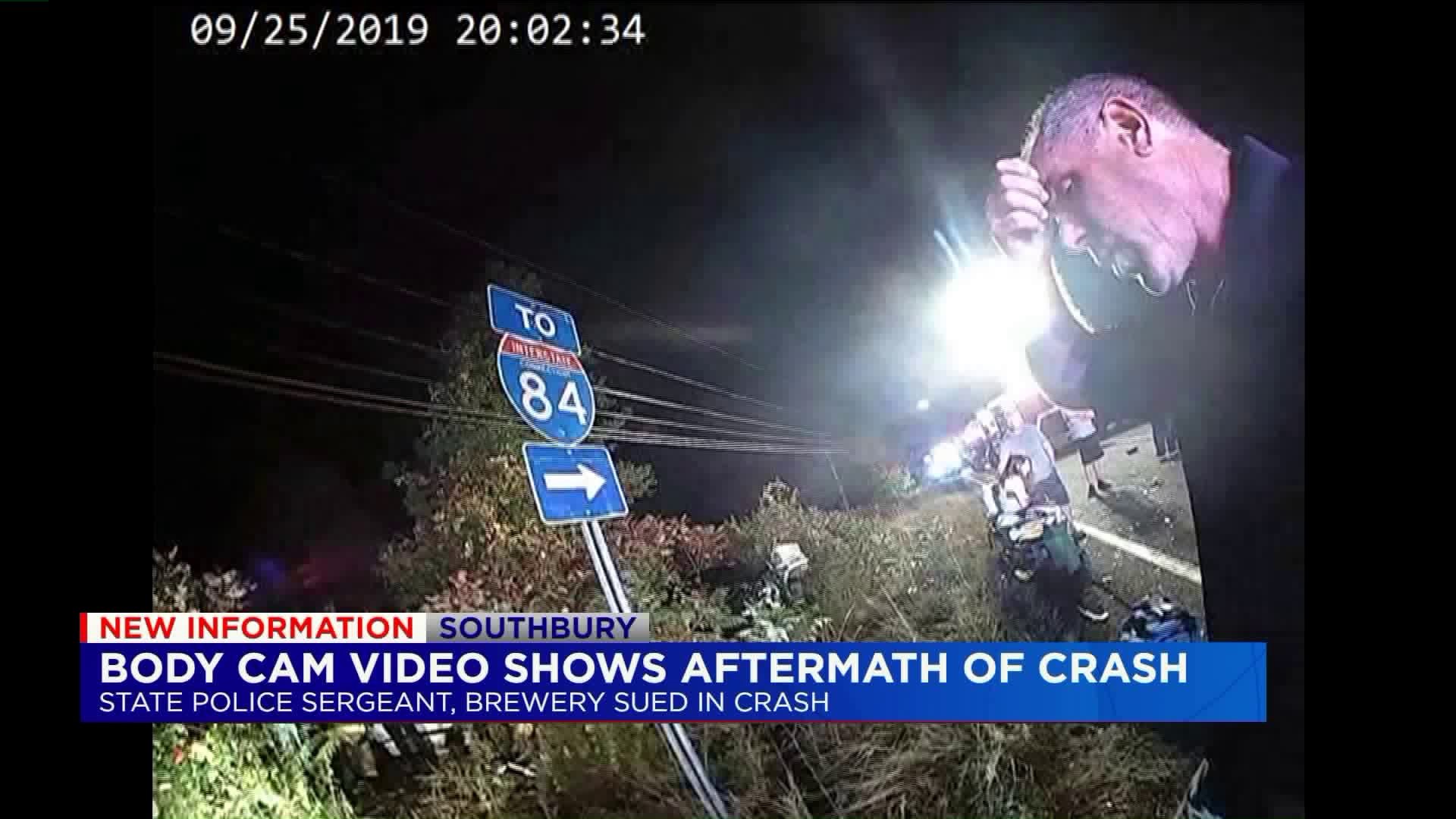 MIDDLETOWN -- Connecticut State Police have released body camera footage of a State Police sergeant who was involved in a serious crash last month in Southbury.

It has become the focus of an internal and criminal investigation.

Police said the off-duty sergeant, John McDonald, was leaving a retirement party at the Black Hog Brewery when he hit another car and seriously injured a mother and daughter.

Not only have they filed a lawsuit against State Police, but they are saying the brewery is at fault too.

The crash happened on September 25th around 7:30 p.m. at the intersection of Airport Road. State Police and Soutbury Police get a call for a bad crash.

According to police, McDonald blew past a stop sign, collided into a carrying 52-year old Lisa Conroy and her daughter, 19-year old Madison Conroy.

The impact was so strong, both vehicles were pushed into the woods.

McDonald was then transported to a hospital but refused medical treatment.

McDonald and Black Hog Brewery have now become the center of a lawsuit filed by the Conroys where they claimed the owner still served McDonald alcohol when when he was “visibly intoxicated.”

“I’m more pissed that he’s put us in this situation. That’s what I’m pissed about,” said Lt. Bartolotta with the Connecticut State Police as heard in the body camera footage.

Madison Conroy is heard describing to the responding officer what happened as she sat on the stretcher.

When asked how badly the family is injured, the officer said it was not major.

“Just minor. They’re just making a big production out of it.”

The lawsuit, however, laid out a lengthy list of temporary and permanent injuries.

“We want to make sure it’s thorough and that we’re not leaving anything out, but obviously we want to work through it expediently to get it done not only for ourselves but for the public,” said Weerden.

State Police said it has been transferred from Western to Central District to ensure a fair and impartial investigation.

McDonald is also back on regular duty while this investigation continues.