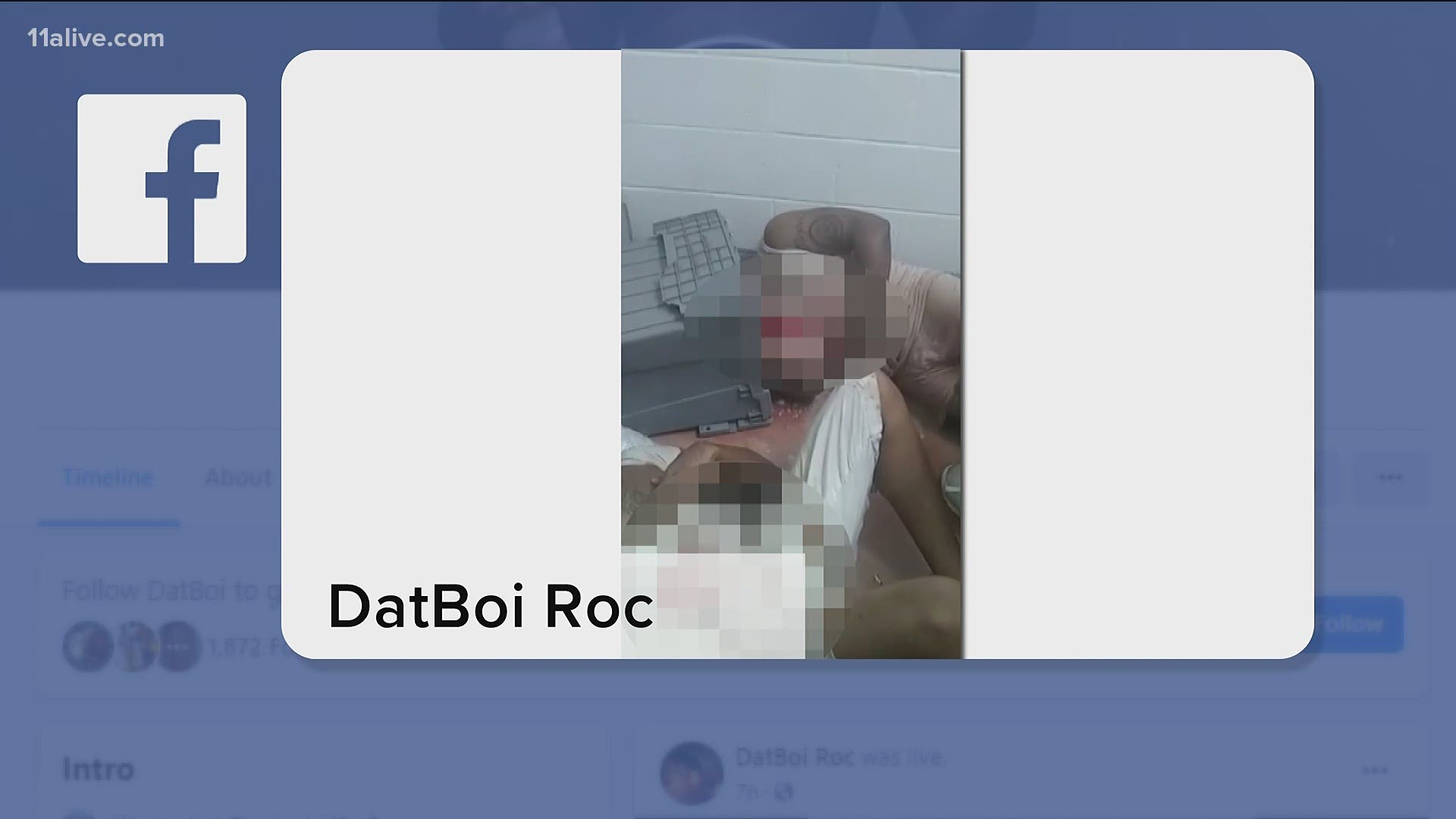 The Waycross Police Department said officers from their department and the Ware County Sheriff's Office responded to a call for assistance from the prison.

A somewhat different story has emerged from inside the prison where some inmates had cellphones.

Roderick Lawson, an inmate inside the prison launched a Facebook Live describing parts of what was happening, along with some of the injuries to persons there.

According to the nearly 12-minute long video, at least two men had been shot, one man in the side and a second man in the forehead, leg and chin. For the majority of the video, two apparently injured men can be seen on a concrete floor, with blood-soaked, makeshift bandages tied around their wounds.

As Lawson describes the injuries, he says the men that had been injured were shot with what looked like a shotgun.

Lawson and the other men on the video were asking for exposure in the media in order to obtain medical assistance for the injured men.

"We takin' care of our own," other voices can be heard saying.

Toward the end of the video, distant, indistinguishable voices can be heard.

The sounds go quiet for a brief moment.

Waycross Police said they provided assistance to the Department of Corrections by forming perimeters around the prison.

The release from Heath said a golf cart was set on fire and several windows were broken, but, according to the release, no major damage to the facility was reported.

They said officers deployed non-lethal ammunition and the incident was brought under control.

According to the release, the prison was placed on lockdown at about 1 a.m. on Sunday. Prison officials have not released any details about what lead up to the lockdown or how anyone involved was injured.

The release said that at no time, was public safety at risk.

Coronavirus infection in prisons has been of concern across the entire state.

Ware State Prison is located outside of Waycross, about 200 miles southeast of Atlanta. In July, an inmate was killed in what officials said was an altercation with another inmate.