Storms leave Ledyard without power and in need of a bite

LEDYARD — One of the toughest questions one faces when you lose power is what to eat. At Valentino’s in Ledyard it has been busy all night with orders. ”P... 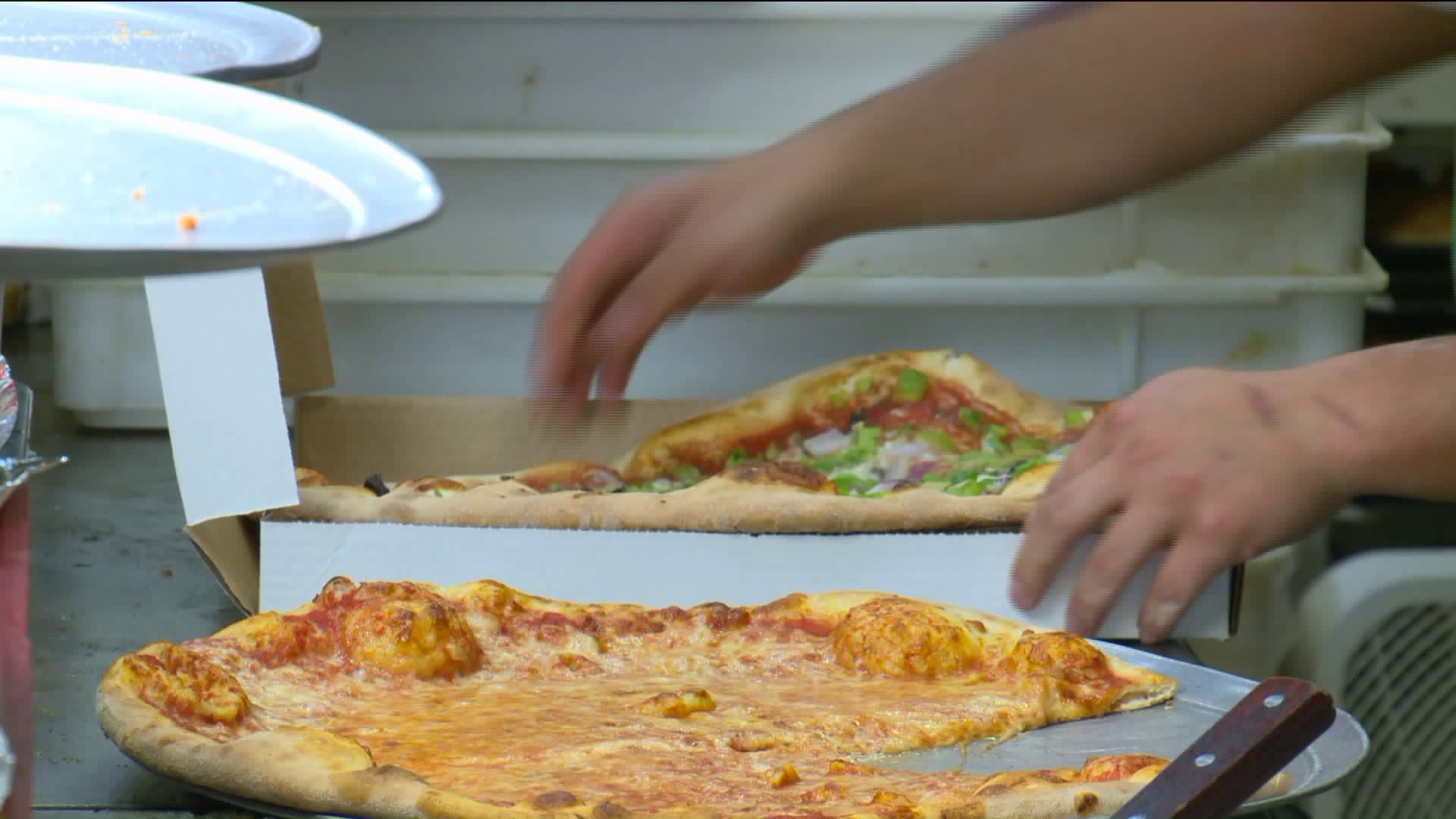 LEDYARD -- One of the toughest questions one faces when you lose power is what to eat.

At Valentino’s in Ledyard it has been busy all night with orders.

”People got to eat. Nobody has power,” said Charly Rivera

Rivera has been working extra hard flipping pizzas for neighbors stuck without power.

”Since four till about a half hour ago it was crazy. Nonstop pizza,” said Rivera.

Valentino’s says they have been getting calls all day asking if they still had power. They said people come into order and then stayed a little longer to take advantage of the outlets.

One of those customers is Sue Aldridge. The gusting overnight winds that approached 60 mph knocked power out to her neighborhood off of Iron Street around 8:30 in the morning.

”It was pretty intense at one point,” said Aldridge.

Her neighborhood was just one of many left in the dark. Eversource spokesman Mitch Gross says outages reached nearly 85,000 homes across the state.

Gross says most residents will have power back before the night is over but some will last over 24 hours. Something Aldridge hopes comes back sooner than later.

“I want my power back,” said Aldridge.