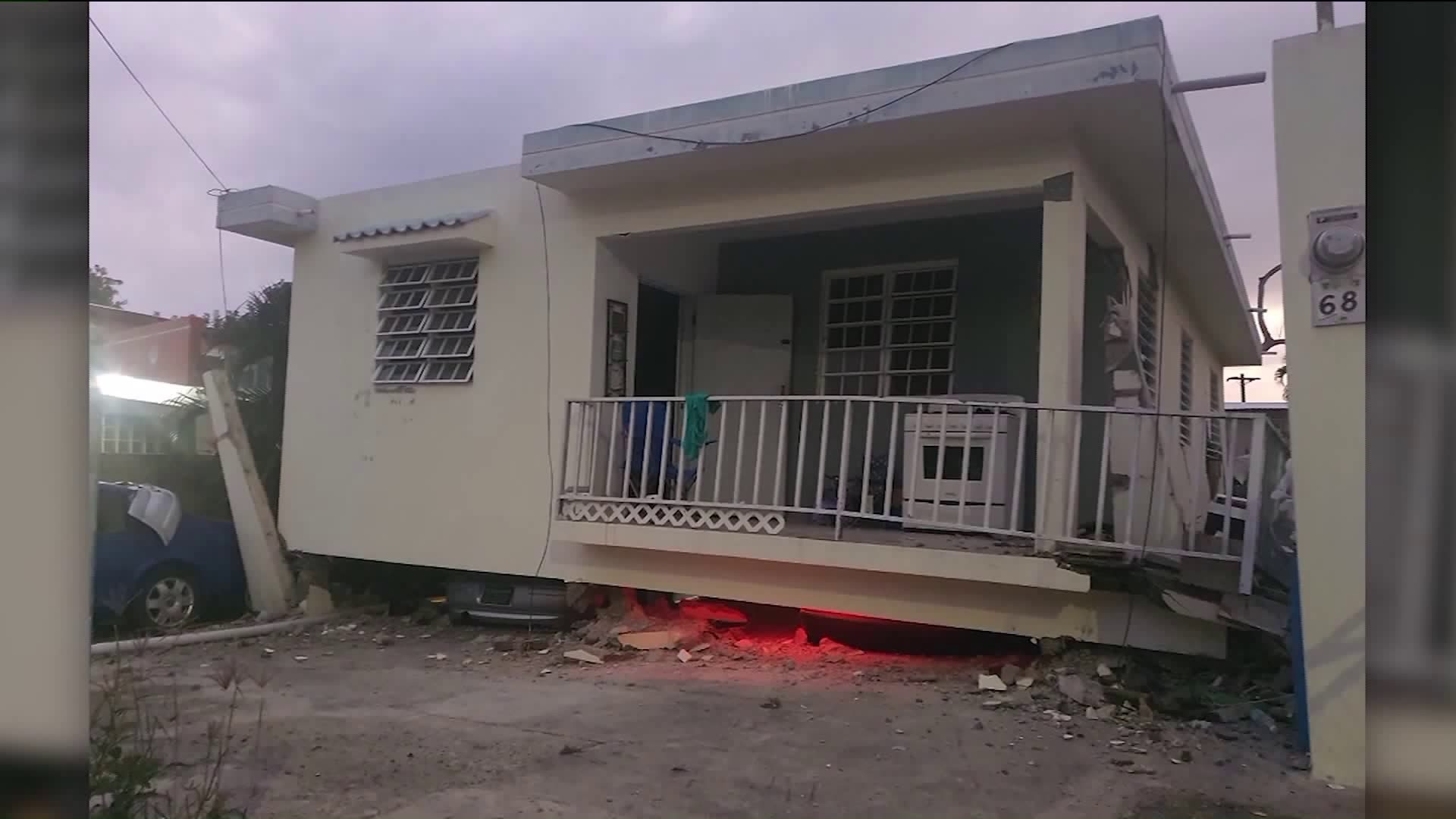 The quake hit the southern part of Puerto Rico at 5:30 am triggering small landslides and knocking out power for thousands.

Puerto Rican officials said homes were damaged in Guanica, and a home collapsed in Guayanilla. Two cars were also crushed under debris.

There were also reports of rock slides along Route 2. In a video you can see drivers dodging debris on the roads.

A flight from Puerto Rico landed at Bradley Airport Monday afternoon, passengers told FOX61 they were ready to be back in Connecticut.

“I got kind of scared today you know cause I want to come back home,” Hartford resident Priscilla Diaz said.

“My family felt it not me because we were sleeping, but when we woke up they told us they felt it and it was scary because ever since after New Year’s it’s been shaking over there,” Hartford resident Aleika Galloza said.

Although officials are warning residents of smaller aftershocks following the quake, those we spoke to said family members on the island are afraid a bigger earthquake is on its way.

“They were announcing it saying to be ready that we’re going to have a big one they don’t know when it’s just a matter of time,” Hartford resident Jose Rivera said.

“They’re worried because they think a big one’s coming because it’s been shaking a lot and they’re like scared,” Galloza said.

Thankfully following the earthquake there was not a tsunami threat and no reported injuries or deaths.

USGS has slightly upgraded the Puerto Rican earthquake this morning to a magnitude 5.8 as reports of structural damage (like in this video) are coming in. https://t.co/ayM3NpgbML