Officer Anthony Dia was shot and killed just after midnight. 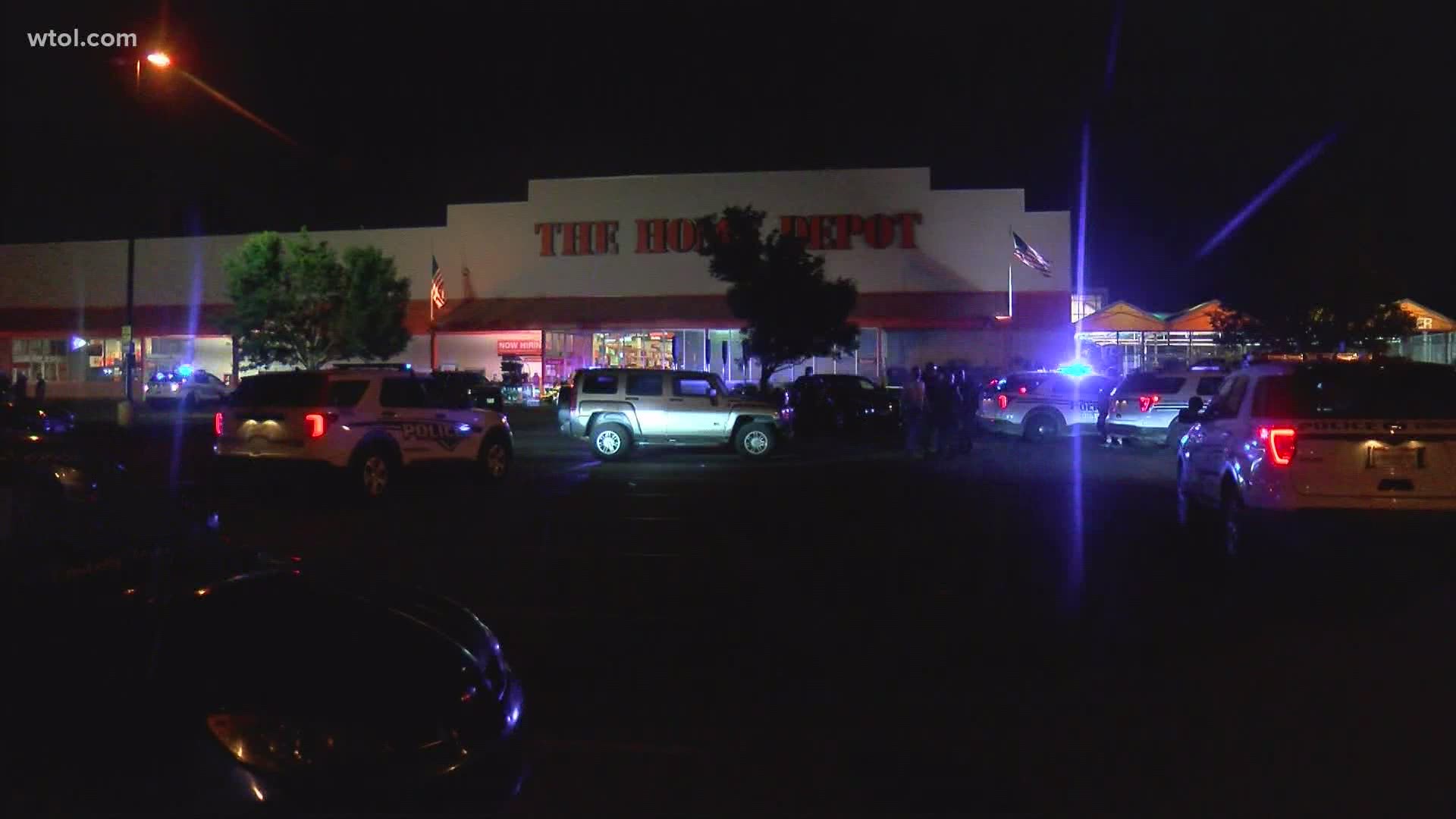 TOLEDO, Ohio — A Toledo police officer was shot and killed overnight in west Toledo, according to city officials.

The chief said dispatch received a call shortly after midnight regarding an intoxicated suspect holding a beer and walking around the Home Depot parking lot on the 1000 block of Alexis Road.

Officer Anthony Dia was the first to arrive and was checking if the man was OK, according to Kral.

"Witnesses tell us the suspect was walking away from the officer, and for some reason, turned and fired a round from a handgun, striking officer Dia in the chest. Officer Dia's fellow officers scooped him up and took him to Toledo Hospital, where he, sadly, succumbed to his injuries," Kral said.

The chief added witnesses on the scene confirmed the man who died was the suspect who shot Dia.

Backup officers on the scene started looking for the man, who witnesses reported was in a wooded area near the parking lot. A drone and canine officers were used to trace the suspect.

Officers reported a gunshot coming from the wooded area. At 3:15 a.m., officers found the suspect, a 57-year-old man, dead from an apparent gunshot injury to his head, according to Kral.

Kapszukiewicz said he was at the emergency room at 2 a.m. and described it as horrific and heartbreaking.

"Until my dying day, I will never forget the sight of officer Dia wheeled out of the hospital on a gurney, his body wrapped on an American flag, flanked by about 30 Toledo officers, saluting and weeping," Kapszukiewicz said.

The mayor also said that officer Dia was Muslim and that he was someone who contributed to the reason why the U.S. and Toledo are so great. He ended his statement asking the public to pray for him, whether they pray to the God Dia prayed to or not.

Dia was the 31st officer in Toledo to be killed in the line of duty.

Dia was 26-years-old was started at the Toledo Police Department in 2018. He is survived by his father, Tony Dia, his mother, Gina Long, his wife Leigh Jayme and his 2-year-old child.

A GoFundMe page has been set up in support of Dia's family.