So far, only six minor injuries have been reported and no fatalities, according to 911 Director Jeff Presley. Search and Rescue is on-going. 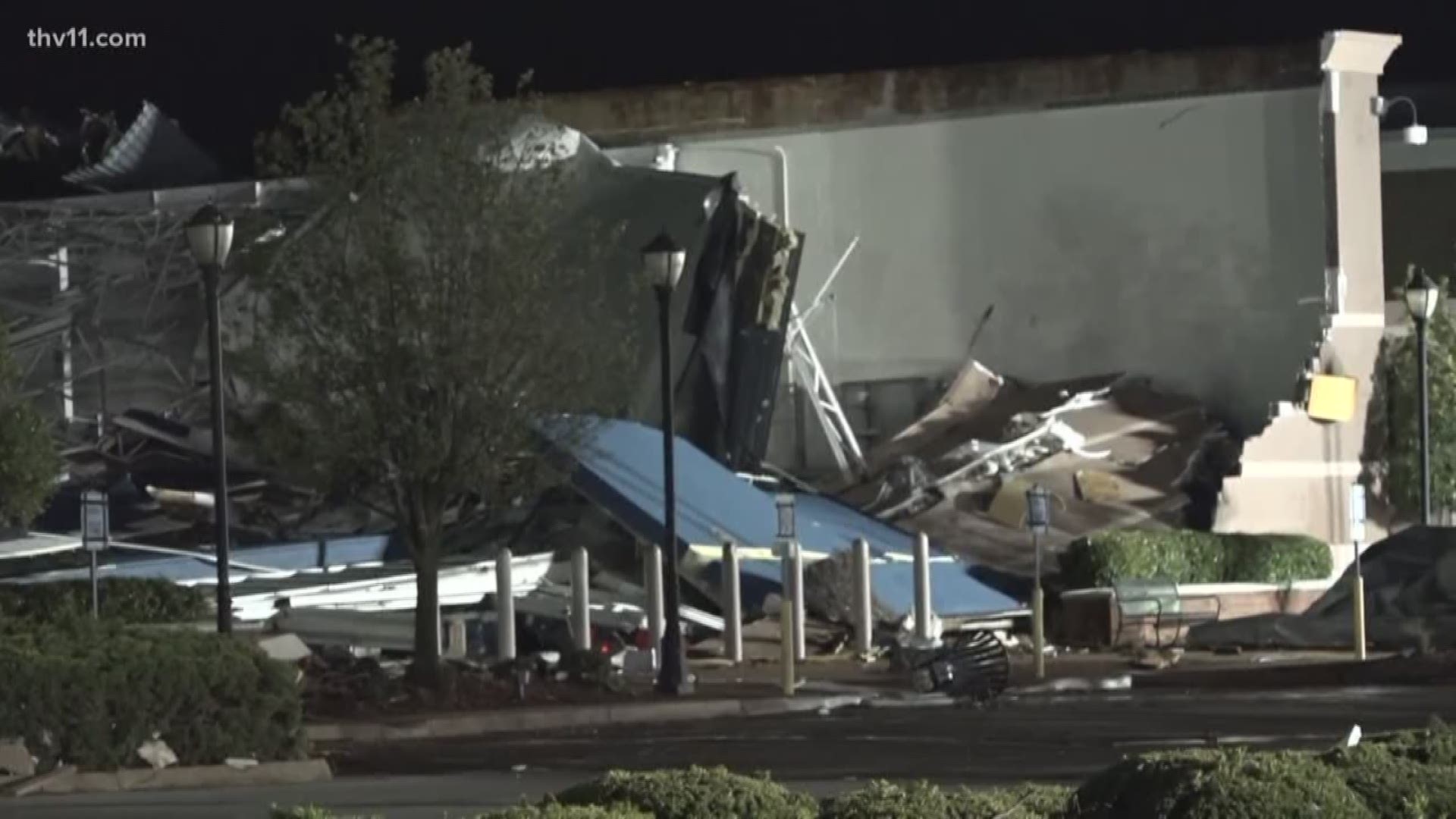 JONESBORO, Ark. — According to the National Weather Service, a tornado intensified and moved through Jonesboro around 5:20 p.m. Saturday evening.

So far, only six minor injuries have been reported and no fatalities, according to 911 Director Jeff Presley. Search and Rescue is on-going.

The tornado appears to have been on the ground for at least an hour. Massive damage started at Caraway and Race Street and headed northeast.

The mall was hit with major damage. The mayor said he believes many more could have been injured had it not been for the COVID-19 outbreak, which had closed down the mall.

Local emergency officials are describing the damage from the tornado as "catastrophic." It has left behind extensive damage.

Based on that extensive damage, the city issued a city-wide curfew from 7 p.m. to 7 a.m.

Shelters have been set up at Journey Church, Nettleton Steam School, University Heights Elementary, and Fox Meadows Elementary. Red Cross and the National Guard were both called to help.

Agencies from several counties are going door-to-door to check on people. Transit buses are in the neighborhoods, busing people out to safety. Downed power lines are making it very dangerous for travel. Several gas leaks have also been reported.

According to Presley, there is a path of at least "three miles of nothing but destruction."

The mayor and county judge are asking for everyone to stay home while things get cleaned up.