NEW HAVEN —  Traffic in New Haven near State and James Streets was detoured for a couple of hours this morning because a big rig got stuck under a railroa... 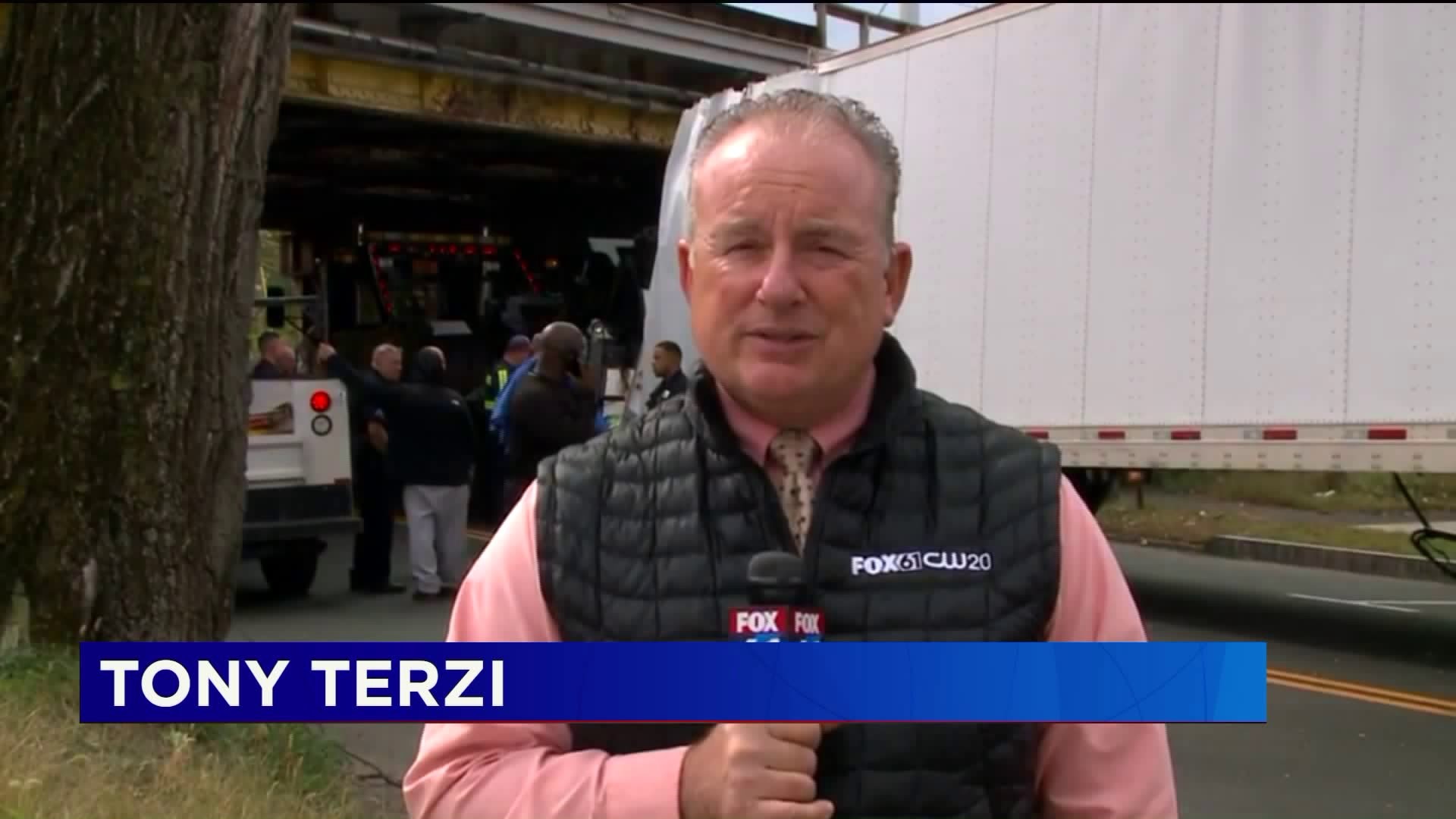 NEW HAVEN --  Traffic in New Haven near State and James Streets was detoured for a couple of hours this morning because a big rig got stuck under a railroad overpass.

Fortunately, there were no injuries.

First responders were not surprised it happened when they had all the facts.

The three man crew, aboard a stuck truck on James Street, was on the way to pick up a load of tires in New Haven.

"And, I guess, you know, came through this side not knowing the bridge was this low and we when we noticed it was a little too late," said Bilal Khan of
Nomani Bros.

Another crew member had fallen asleep in the cab just prior to the crash.

"I literally took like a five minute nap and next thing you know I wake up and I’m on the floor in the truck and I’m like 'yo what happened,'" said Alexander Roldan of Nomani Bros.

The driver of the semi, who declined a FOX61 interview request, did note that today was actually his first day on the job.

"It was a mistake," said Khan. "You know, it’s an accident. Thank God we are all alright."

A sign was posted just before this railroad overpass, warning of its 12'1" height. But, the now destroyed trailer was 13 feet high.

"As a truck driver, you should know the clearance of the height of the trailer," said Roldan. "If you’re not too sure, get out of the truck and look."

The driver said he was using a special truckers GPS.

Trains were forced to slow until the trailer was removed and the bridge was deemed safe.

The towing service operator tells FOX61 that these types of accidents typically happen when a truck driver has only been on the job for a week or less.