NEW HAVEN — A mother reunited with her two children and thanking the good Samaritan who found them safe. “The kids are safe. They are reunited with ... 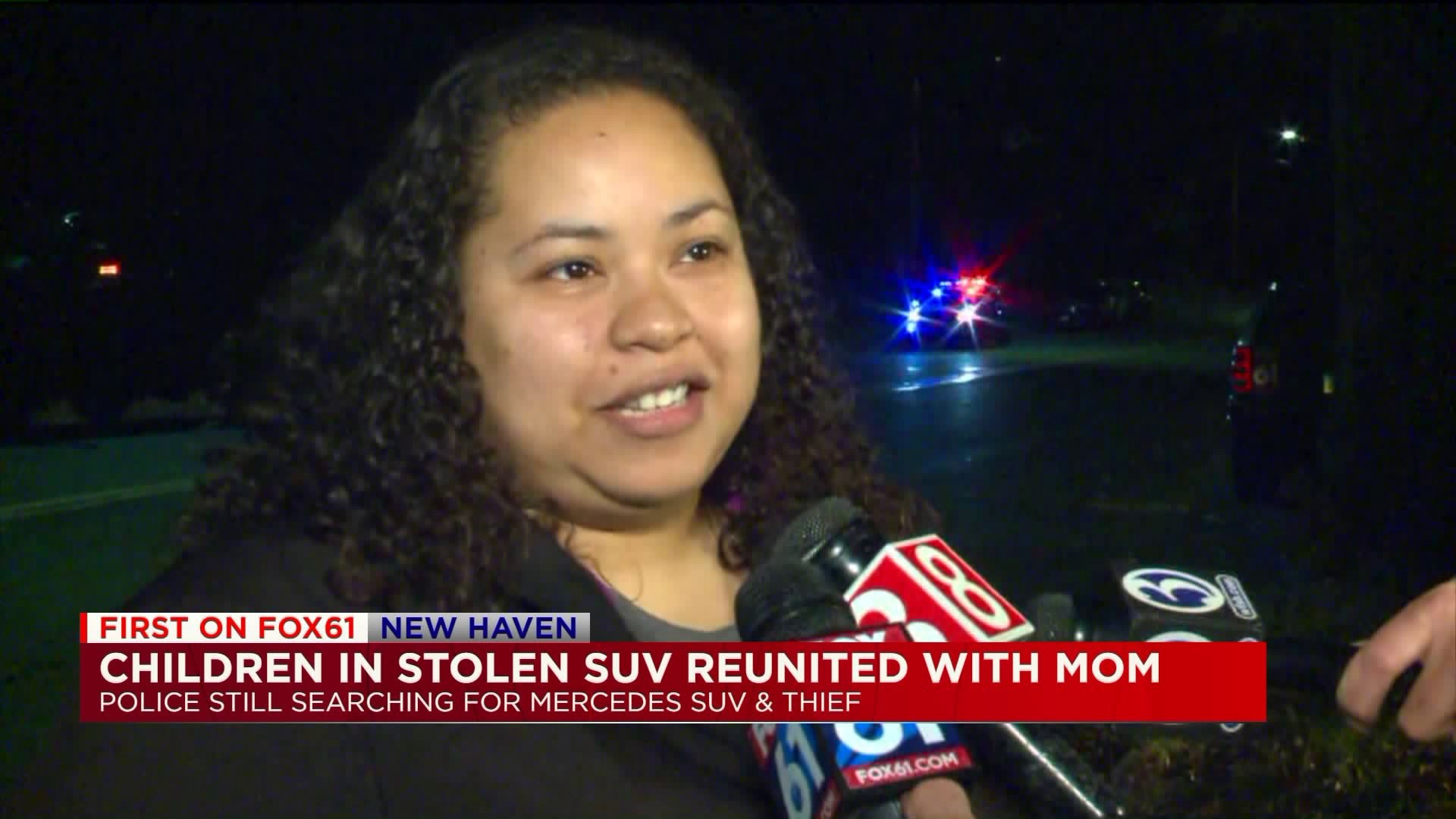 NEW HAVEN -- A mother reunited with her two children and thanking the good Samaritan who found them safe.

"The kids are safe. They are reunited with their mother and right now we are getting them checked out and we’ll find the vehicle," New Haven Police Sgt. Justin Marshall said.

"Here’s our lady of the hour!"

Kasandra Monteiro found the five-year-old boy and nine-month-old girl along a bend on English Drive in East Rock park about an hour after they were taken in a stolen vehicle from Roberto Clemente Elementary School.

She was driving home from work when rush hour traffic forced her to find a new way home.

"We usually, get off at six but since there’s so much traffic I got off exit eight," Monteiro said.

That diversion took her past a set of stairs near a guard rail where she saw the two children along the side of the road.

"The baby was in the car seat and the boy was huddled with her," Monteiro said.

Monteiro couldn’t believe what she saw and turned back around to make sure her eyes weren’t playing tricks on her. It wasn’t an illusion. She moved the kids into her car and called the police. Within five minutes they arrived

"No tears and he was holding onto his sister like he was protecting her," Monteiro said.

Monteiro wouldn’t call herself a hero. Rather she says she did what anyone else would do.

"I guess God put me on this road for a reason before it got dark and you never know what could’ve happened," Monteiro said.

Monteiro says the mother thanked her for finding the children completing the happy ending.

Police are still looking for the man responsible. He stole a 2015 grey Mercedes SUV with the license plate AW-02025.

If you see a car matching that description, please contact New Haven Police.