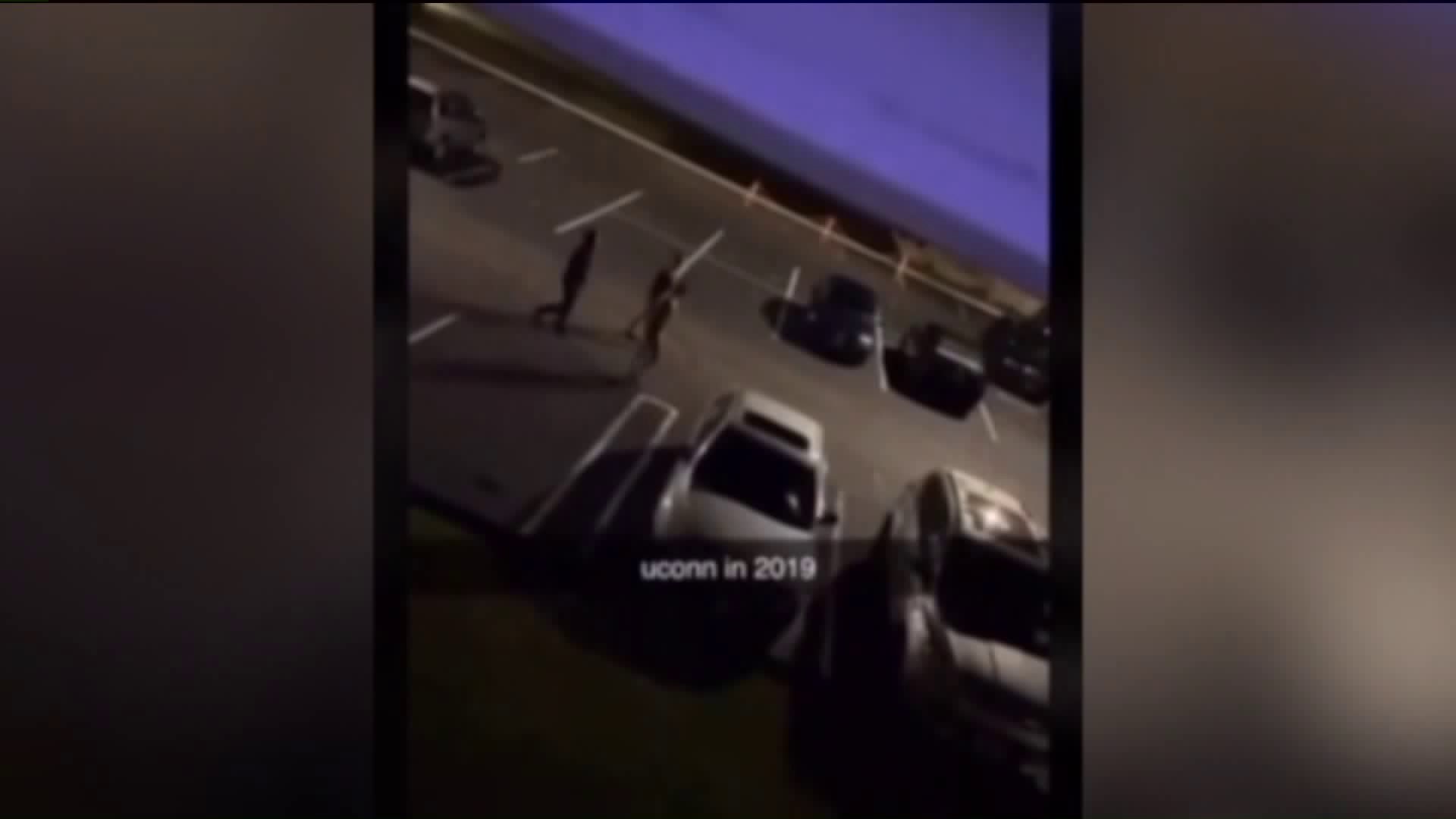 Reitz said the two students were charged under CGS 53-37, ridicule on account of creed, religion, color, denomination, nationality or race.

"A third person had accompanied them as they walked outside of the apartments, but the police investigation determined that individual had not participated in the behavior," Reitz said.

What sparked the arrest was a viral video showing three men walking through the parking lot of the Charter Oak Apartments yelling the ‘N’ word, on October 11.

Police said the video was taken by one of the witnesses inside the apartment. Police said an investigation showed that the males walked back through the apartment complex after leaving a local business and played a game in which they yelled vulgar words.

"As they walked through the parking lot, Mucaj and Karal switched to saying a racial epithet that was heard by witnesses," police said. "The investigation revealed the third male did not participate."

On Monday, students expressed their outrage where dozens participated in a rally and march against racism.

UConn President Thomas Katsouleas said he plans to hold his office hours inside the cultural and diversity centers on campus to communicate one-on-one with students.

Campus Police are using door swipe and WiFi data to try and determine who is in the video.