US Women’s Hockey players make a cameo at Simsbury rink

SIMSBURY – The United States Women’s Olympic Hockey team made a stop in Simsbury to take the ice with some future stars. “It’s just profoundly amazi... 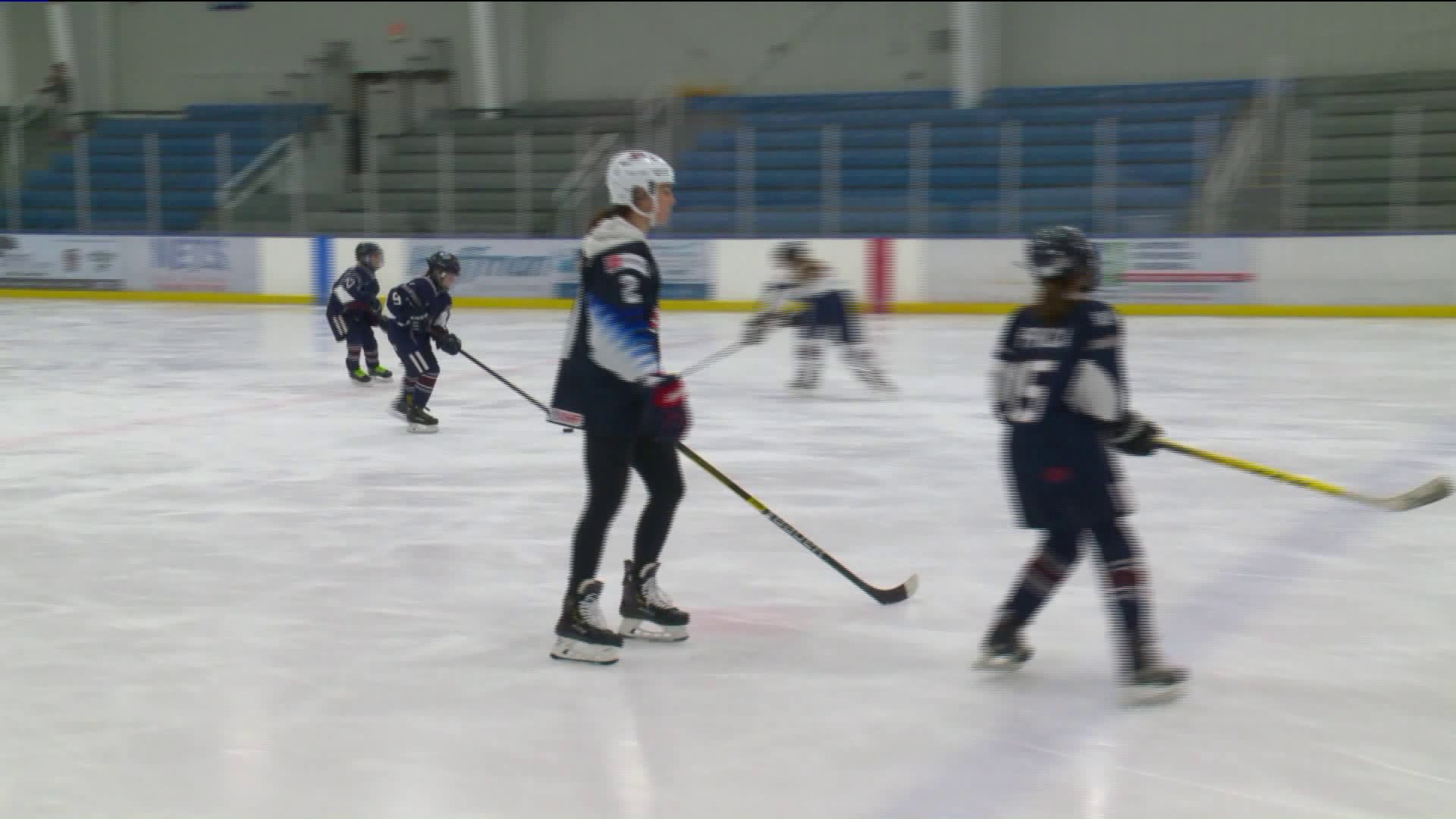 SIMSBURY - The United States Women’s Olympic Hockey team made a stop in Simsbury to take the ice with some future stars.

The excitement was overwhelming for parents and players who lined up to meet their idols from the US Women’s Olympic Hockey team.

Four players from the team including superstar and Choate Rosemary Hall Alumni Hilary Knight took to the ice at the International Skating Center in Simsbury to give instruction to the next wave of future stars.

"I think it’s fantastic when we can have strong female role models and here we are today just trying to give back the best we can," said Knight.

The players from the all-girls Connecticut Northern Lights youth hockey program were blown away by the opportunity to see their idols up close and personal.

"I would want to be skating with you guys one day," said Lili Ficaro.

"That’s all she wants to do is to go to the Olympics one day and seeing these women here is a role model like no other," said Natalie Ficaro.

The players took some pointers from their heroes on how to take their game to the next level.

"Practice makes perfect. To get to their level it’s hard," said Lili Ficaro.

Words of advice and encouragement, that will fuel their dreams to become reality.

"I think their smiles say it all to be honest," said Knight. "I know some of them could be a little timid when we come in here and were signing autographs but I mean that’s what it’s all about. Just getting on the ice playing hockey."

The US team will be playing against Team Canada as apart of the “Rivalry Series” Saturday night at 7:00 pm at the XL Center. Nearly 300 girls from the program will be attending the game and meeting the players.

Tickets are still available for the match-up on the XL Center website.