As news of Kobe Bryant’s death spread, online posts falsely claimed another former NBA player also died. The VERIFY team broke down some of the widespread... 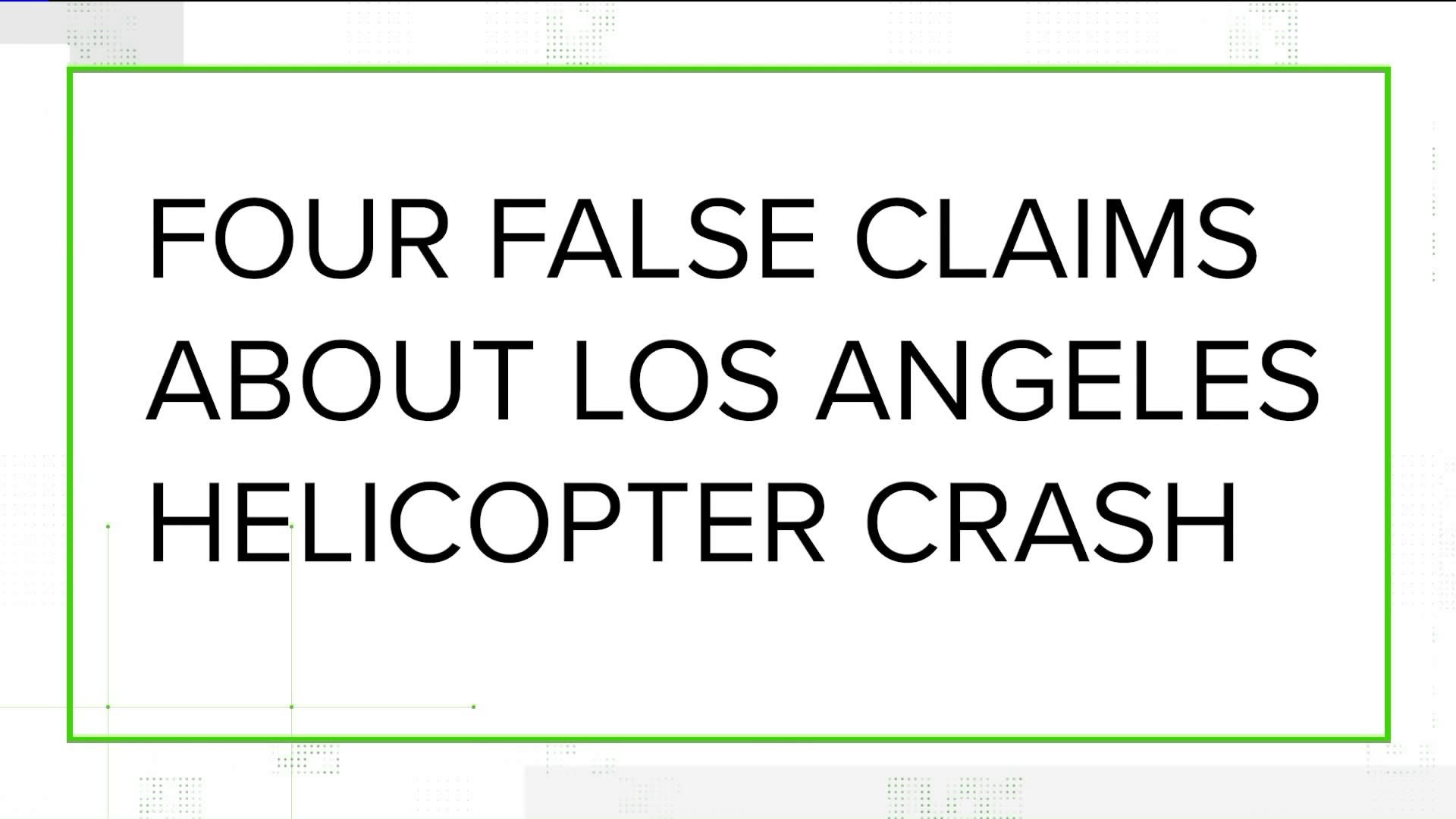 Following the shocking news of NBA great Kobe Bryant’s death in a helicopter crash on Sunday, rumors spread throughout social media regarding the incident.

The VERIFY team is working to break down some of the most widespread claims.

In the initial aftermath of the crash, early rumors claimed that former NBA player and actor Rick Fox was on board and had died.

Despite early reports to the contrary, he wasn't in the helicopter. Fox’s stepdaughter confirmed he is still alive.

To confirm my stepdad Rick Fox is ALIVE and safe! I just got off the phone with my sister. We are all in shock and deeply saddened but please don’t spread false news. #ripkobe 💔 pic.twitter.com/vGSAShagkk

Early reports stated five people died in the helicopter crash that took Bryant’s life on Sunday. However, that figure has since been updated by the Los Angeles County Sheriff’s Department to nine people, including Bryant and his 13-year-old daughter Gianna.

Orange Coast College confirmed baseball coach John Altobelli was also killed in the crash, along with his wife, Keri, and daughter, Alyssa, who was about 13 and played on the same basketball team as Bryant’s daughter, Gianna.

DEBUNKED CLAIM: Bryant’s four daughters were in the crash

As of Sunday evening, Los Angeles County Sheriff Alex Villanueva has yet to publicly confirm the identities of the nine victims.

Following Bryant’s death, multiple accounts stated the NBA would be cancelling Sunday’s games to pay respect. Eight NBA games were scheduled for Sunday and none of them were cancelled.

With the games going ahead as planned, players found ways to pay tribute to Bryant. In a couple of occasions, teams intentionally took 24-second shot clock violations to start the game in honor of Bryant, who used the number 24 for much of his career. This included the game between the Celtics and Pelicans and the game between the Raptors and Spurs. The Lakers, who Bryant played for his entire career, do not play again until Tuesday.