VERIFY: Are people who ride bikes and scooters on the sidewalk in the Central Business District fined?

A viewer reached out to see if safety laws are being enforced in the only area in D.C. with a blanket ban against riding your bike or scooter on sidewalks. 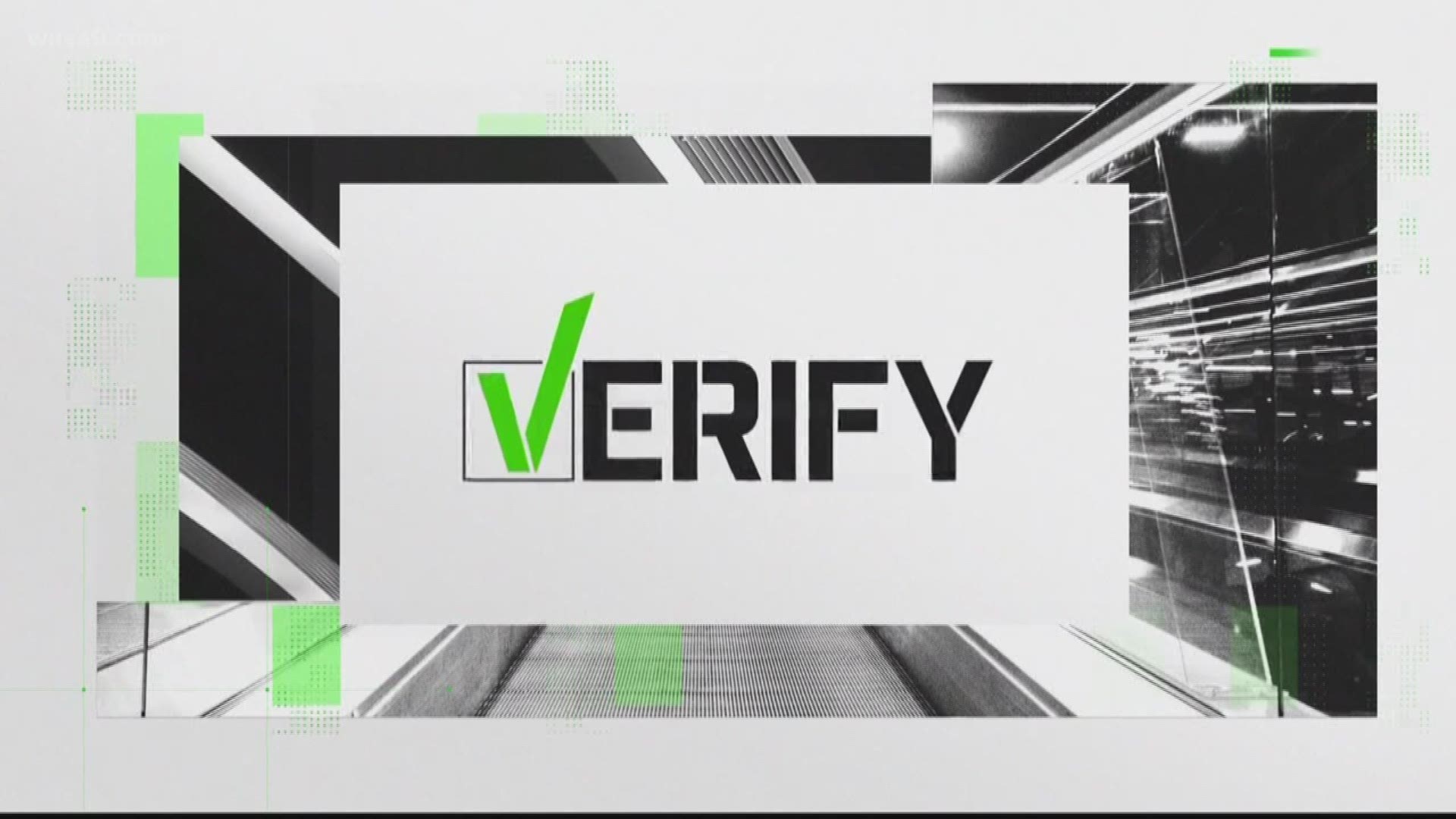 Are people who ride bikes and scooters on the sidewalk in the Central Business District getting fined?

According to D.C.'s Department of Motor Vehicles, zero tickets were handed out to cyclists or people scooting in the Central Business District in 2019.

Sometimes it comes down to seconds. You move an inch and just miss a cyclist or scooter rider cruising on the sidewalk.

A viewer tweeted the Verify team about whether pedestrian safety laws are being enforced in one of the busiest commercial areas in D.C.

So, we set out to verify, are people who illegally ride on the sidewalk getting fined?

According to D.C. Code, it's against the law to ride a bike or personal mobility device, like a scooter, in the Central Business District.

The CBD is a swath of blocks in Foggy Bottom covering parts of the National Mall, White House and George Washington University, and it's the only area in the district with a blanket ban against riding your bike or scooter on a sidewalk.

All tickets issued in the District are uploaded to a database managed by the Department of Motor Vehicles. So our Verify researchers contacted them for answers.

According to DMV records, there were zero citations issued for cyclists and personal mobility devices, like scooters, last year in the Central Business District.

While there are more than 30 law enforcement agencies with ticketing power in the District, our researchers cross-referenced with D.C. police, who have jurisdiction over most of that area.

A police spokesperson said they've issued one citation to a cyclist riding on the sidewalk in the CBD in 2019, and zero citations for people on personal mobility devices.

Our Verify team posted up at 18th and L and saw about 12 people in one hour biking or scooting on the sidewalk.

"I think a lot of tourists are riding on the sidewalk," Daniel Galitsky said. "I know you're not supposed to, but the locals they know better, and when they're commuting to work, they use the bike lane."

The majority of folks we talked to said they've never seen anyone being ticketed before, some even knew it was illegal.

"I did know that was a law actually," a woman named Beth said. "I've definitely almost gotten knocked over by someone riding a scooter and I've also seen people just wipe out in this area."

So we can verify that yes, people are not being ticketed for illegally riding scooters and bikes on the sidewalk in the Central Business District.

RELATED: VERIFY: Gearing up to ride an electric moped in DC? Here are the rules you have to follow

RELATED: VERIFY: Can you ride an electric scooter on DC sidewalks?