Our VERIFY team fact-checked what Joe Biden and Bernie Sanders said during their first one-on-one debate. 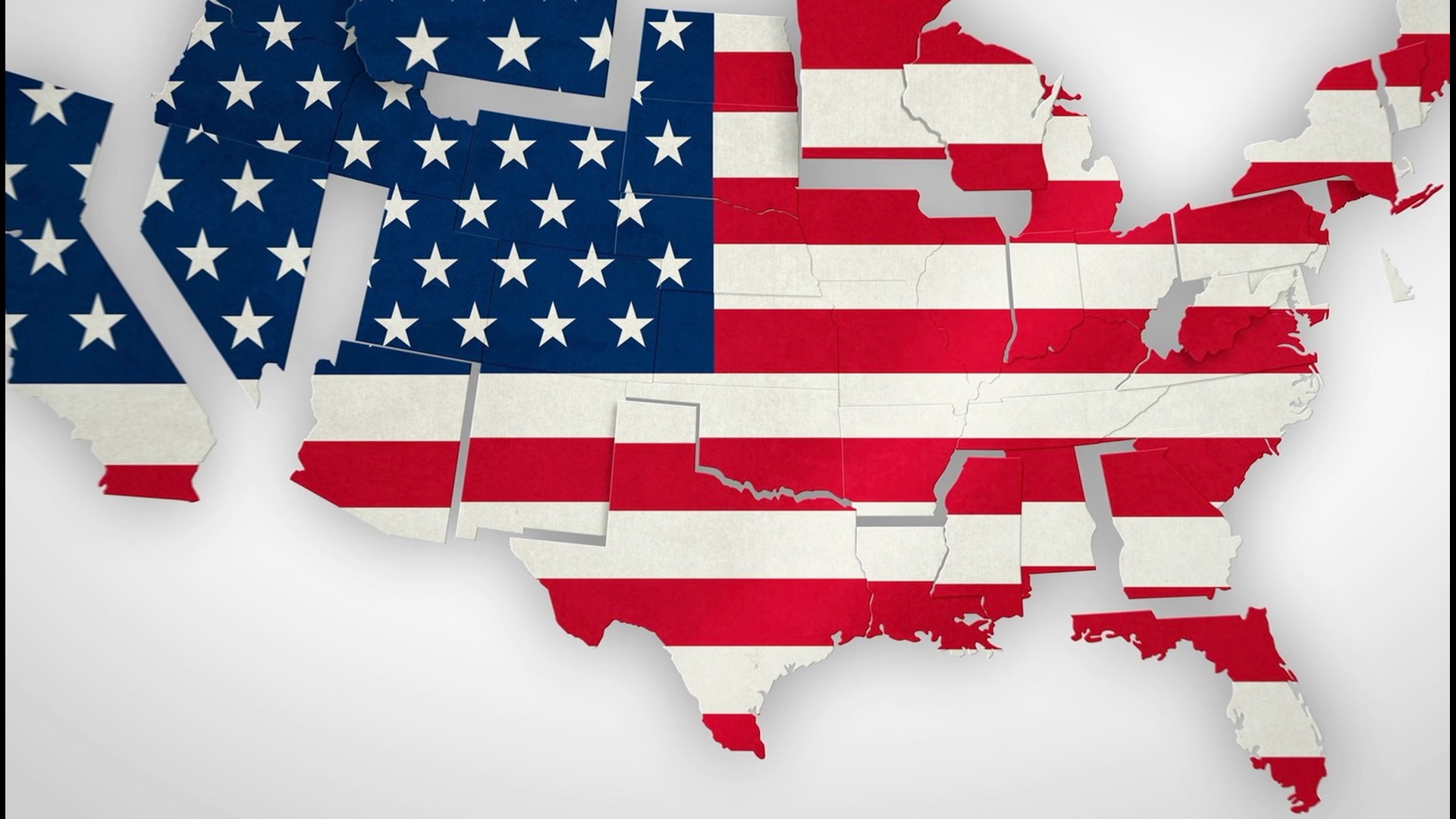 The leading Democratic candidates are facing off in Washington, D.C., in the 11th debate of the primary season. The event was moved from Arizona, which votes Tuesday, because of concerns over the growing coronavirus pandemic, and is being held without an audience.

Biden also steps on the stage as the front-runner in a race dramatically different from the party's last debate less than three weeks ago, following cascading wins that started with his resounding victory in the South Carolina primary.

Our VERIFY researchers fact-checked what Biden and Sanders had to say during Sunday night's debate.

CLAIM:  Former Vice President Joe Biden said that “With respect to Medicare-for-All, you have a single-payer system in Italy. It doesn’t work there.”

Biden is correct that Italy has a universal healthcare system that would classify as a “single-payer system.” However, it can’t be determined at this point if this system of healthcare “didn’t work.”

The World Health Organization describes Italy’s healthcare system as “universal coverage at the point of service.” Italy has seen an incredible strain on its healthcare system as the new coronavirus spread throughout the country. Biden seems to be using Italy as proof that a single-payer system is not equipped to handle a pandemic like this one.

But Biden's argument doesn’t include the fact that South Korea also has a single-payer system. South Korea's handling of the crisis has received positive responses and they’ve had one of the lowest mortality rates of all infected countries.

Sources: WHO Information on South Korean Healthcare system, WHO data on Italian healthcare

CLAIM: Biden says Sanders hasn't said how much Medicare for All will cost.

This claim is false. Sanders has said how much he believes his plan will cost.

Sanders speaks more to the savings to the federal government than on its costs.

He says moving to a system like the one for medicare would save $500 billion in administrative and billing costs and $113 billion by negotiating drug prices with pharmaceutical companies.

On his campaign site, BernieSanders2020.com he speaks in generalities and bases the total cost of Medicare for All off of other existing numbers for our current medical system.

CLAIM: Biden said that first responders are not getting the equipment they need to deal with the coronavirus crisis.

This claim is true for some departments and not true for others.

Put simply, different departments are getting different levels of assistance at this point.

There have been reports that some agencies are lacking in the personal protection needed to correctly handle coronavirus safely.

For instance, Paul Biddinger, director of Massachusetts General Hospital’s Center for Disaster Medicine and vice chairman for emergency preparedness in the hospital’s Emergency Medicine Department, told the Harvard Gazette on March 12 that police and fire departments that don’t provide EMS and ambulance services may not have access to protection equipment on their response vehicles.

The Federal Emergency Management Agency is providing guidance during the coronavirus crisis, and there are federal grants that departments can seek.

CLAIM: Senator Bernie Sanders said “We are the only major country on Earth not to guarantee healthcare for all.”

This claim is verified, but only in certain parameters.

Senator Sanders has repeated this claim frequently and has previously given sources for the claim. The United Nations' “Human Development Index,” lists the major 33 countries in the world based on GDP, GNP, per capita income and standard of living.

The chart shows that the U.S. is the only nation in the “very high human development” category to lack universal healthcare. There are some noted issues with countries like Qatar and Russia who don’t fully cover their entire populations, but are moving towards it.

CLAIM: Sanders said one out of five people do not get the medicine they need.

While discussing Medicare for all compared to the current health system in the U.S., Senator Bernie Sanders claimed that 1 out of 5 people do not get the medicine they need.

The claim is true, according to a Nov. 2019 survey from Gallup and West Health. It found about 1 in 5 U.S. adults say that they or someone in their household has been unable to afford drugs that were prescribed to them in the past year.

These numbers are also backed by a 2015 analysis from the American Medical Association that went through the eight reasons patients don't take their medications. It noted one reason was due to cost.

This claim is VERIFIED, but needs context. Biden brought up this charge during the Feb. 25 South Carolina debate as well. The Brady Bill required prospective handgun buyers to wait five business days for authorities to conduct a background check.

According to voting records on Congress.gov, before the Brady Handgun Violence Prevention Act became a law on November 30, 1993, Congress voted on several iterations of the bill in 1991 and 1993. 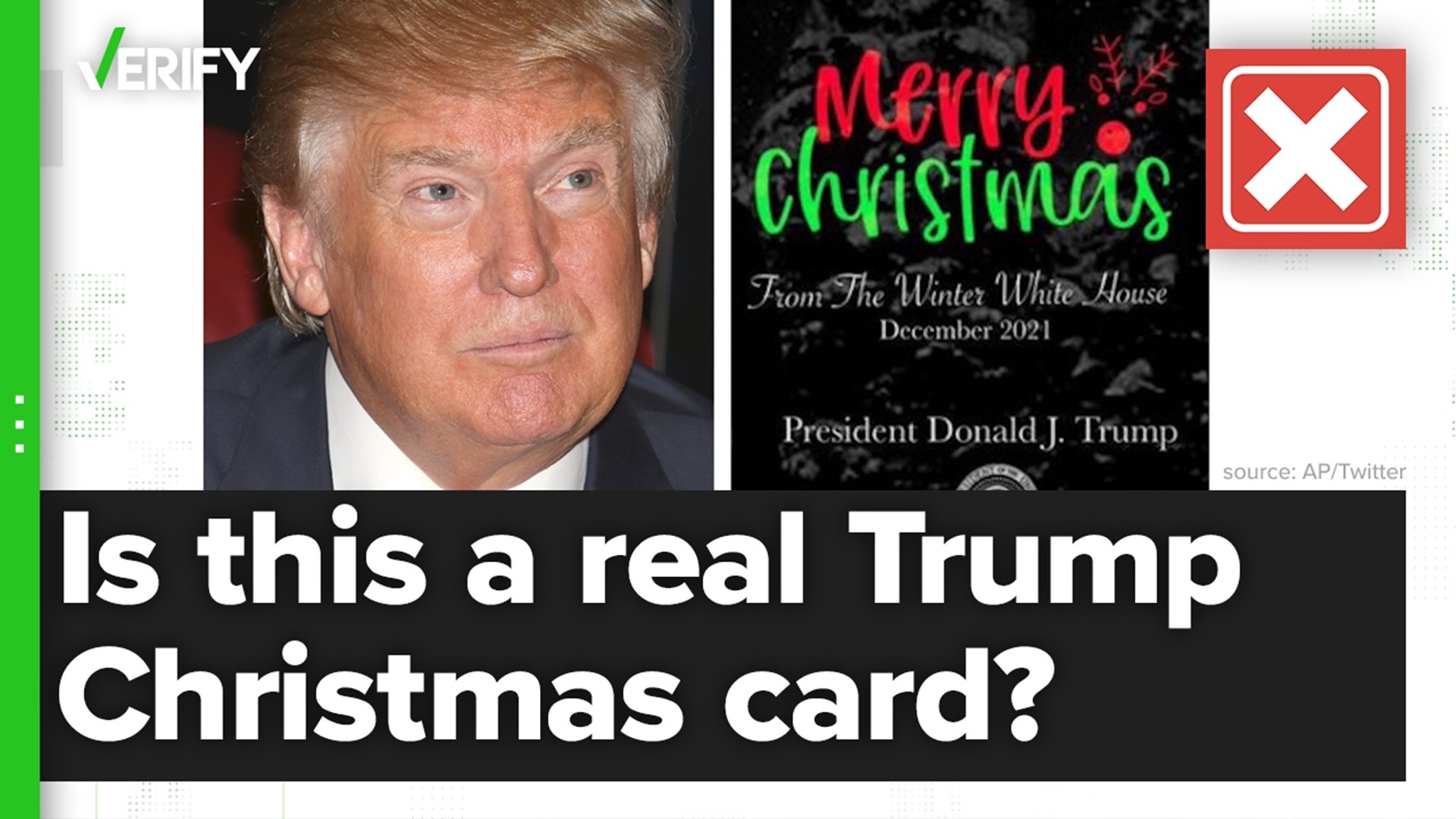 Fact-checking if the Christmas card claiming to be from former President Trump is real.