Our Verify sources say the president's visit was an "official event," not part of his re-election campaign. 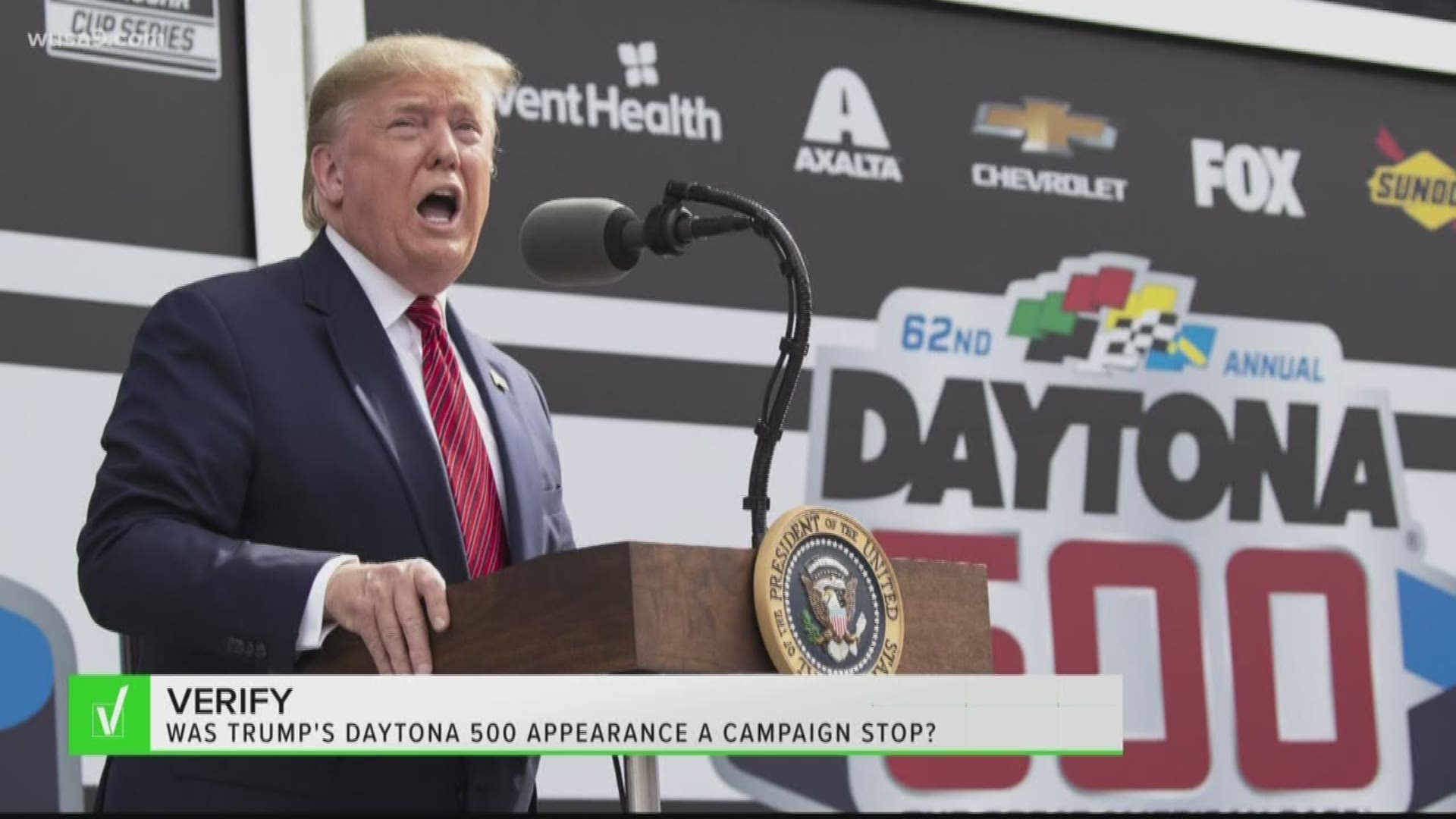 Was President Trump's Daytona 500 appearance a campaign stop? Who is responsible for the costs of his visit?

No, Trump's appearance was not campaign-related.

The trip was an official event of the President of the United States.

Lots of people on social media were confused to see the president’s limo taking a pre-race lap at the NASCAR Daytona 500.

Some people blasted him for possibly wasting taxpayer money, while others criticized him for using federal resources while campaigning.

The Verify team set out to determine, was the President's NASCAR appearance a campaign stop, and who paid for the visit?

To understand who pays for what when the president travels, the White House evaluates and determines whether the trip is official, political or campaign-related, according to a spokesperson for the Federal Election Committee and a report from the Congressional Research Service.

Official business trips made by the president are paid for by the U.S. government.

Political activities are paid for by the candidate's national party committee, in this case, the Republican National Committee.

The party or campaign committee that pays for the political or campaign-related expenses must disclose its payments on reports filed with the Federal Election Commission, an FEC spokesperson said. Any payments from February 2020, are not due to the commission until March 20.

To find out whether Daytona 500 was a campaign stop our Verify researchers contacted the White House, and Trump’s campaign, who both confirmed Daytona was an "official event."

Daytona 500 was not listed as an event on Trump's campaign website.

In a statement on Friday, Florida representative Michael Waltz said he personally invited President Trump who would serve as the Grand Marshal for the race.

Since the White House determined the event was part of President Trump’s official duties, the cost associated with it will be covered by the U.S. government.

So we can verify that no, the trip to Daytona was not a campaign stop, an it was an official event of the president.

RELATED: VERIFY: Did Nancy Pelosi break the law when she ripped up her copy of the State of the Union speech?

RELATED: VERIFY: No, President Trump can not run for a third term after being acquitted by the Senate

RELATED: VERIFY: Are taxpayers footing the bill for the president to travel on the campaign trail?

RELATED: VERIFY: Are taxpayers paying for Trump to travel to his 2020 rally in El Paso?