Vernon residents reacts to storm that left behind plenty of damage, power outages

VERNON —  Franklin Street in Vernon saw significant damage from Wednesday night’s storm. “It was really like a tornado and twister coming over... 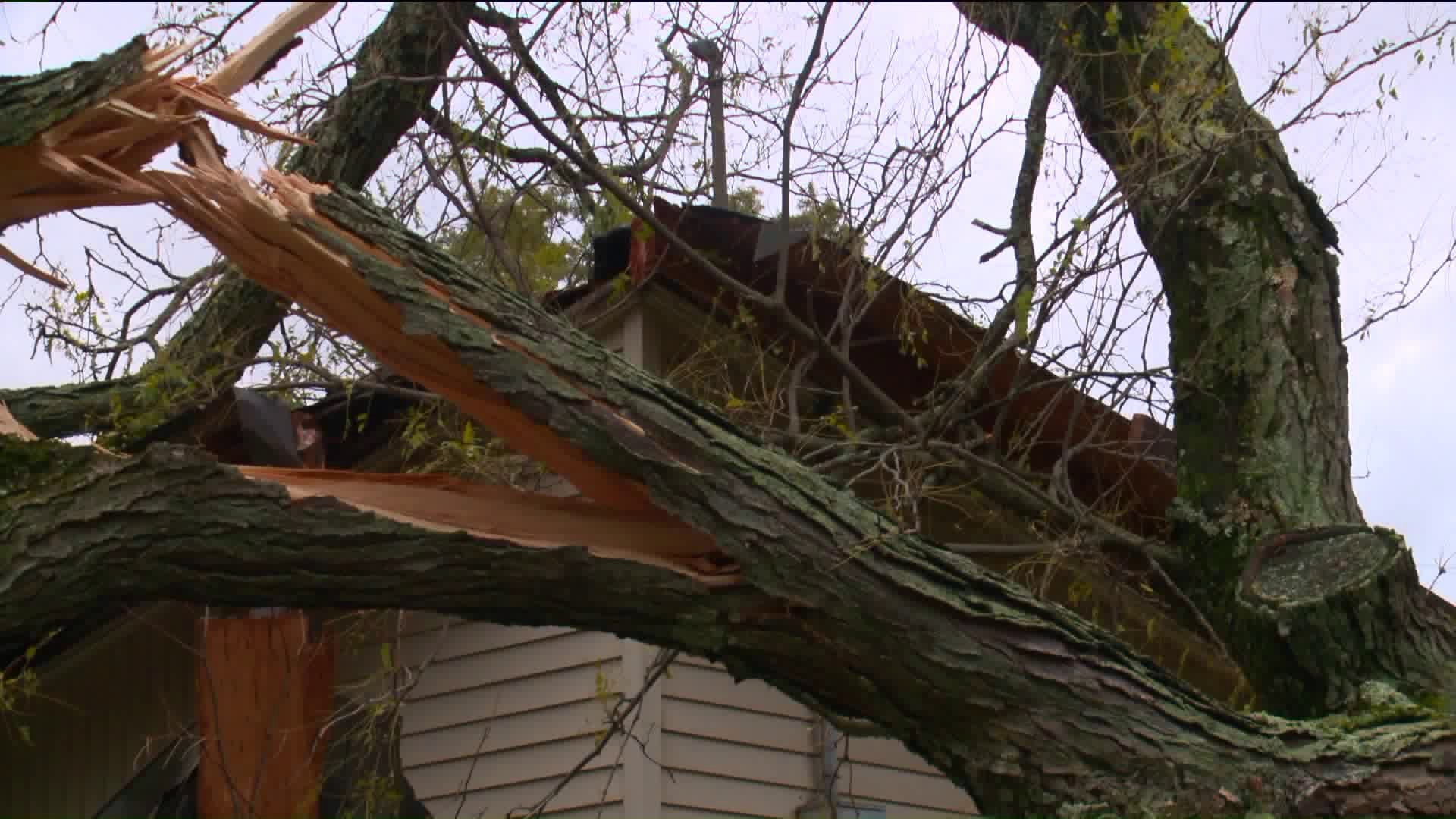 "It was really like a tornado and twister coming over here," said David Castillo.

Castillo and his wife heard the gusting winds take down a tree around 10:45 p.m. Their concern quickly went to their 93-year-old neighbor Eleanor. She was asleep in her bed only a few feet away when the tree came down.

"I said oh my goodness what’s that loud noise. Then when I got up and I looked I could see, I saw the trunk," said Eleanor Walsh.

Walsh said she was too scared to get up when she heard the bang. The tree left behind a crack in her ceiling. She will be temporarily placed in another apartment while the repairs are made.

Just next door another tree brought Joe Macchi to his feet.

"All a sudden the wife and I heard a tremendous boom and then the power went out," said Macchi.

The tree coming down on powerlines and a neighbor’s car, blocking the street. The strong winds snapped telephone poles and wires. Leaving behind the hum of generators and stunned neighbors.

"As long as nobody got hurt, everybody stayed safe, everything can be cleaned up," said Macchi.

Some neighbors were without power for over 24 hours before it was returned. Neighbors were thankful for the quick response from Eversource. They were out shortly after the storm passed.